Line superintendents from Wisconsin cooperatives got word of the request at a previously scheduled meeting in Stevens Point and immediately began planning their response, assessing availability of workers and equipment. 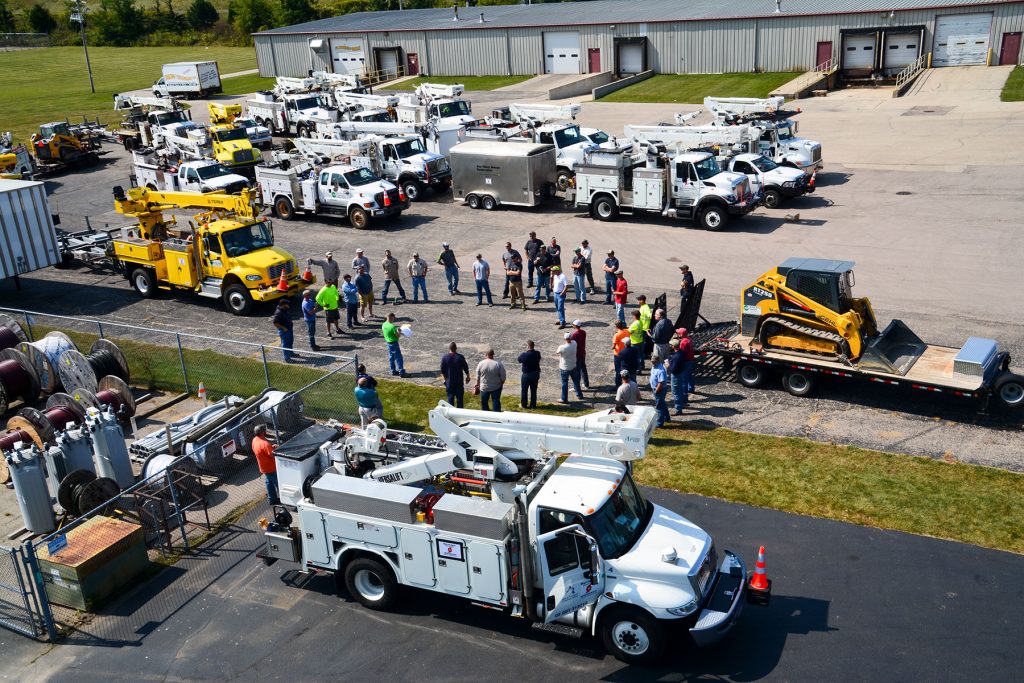 All the Wisconsin volunteers are assigned to assist rebuilding at Clay Electric Cooperative, headquartered in Keystone Heights, Florida, northeast of Gainesville. As of Monday morning, Clay Electric had approximately 130,000 members—representing about 75 percent of its system—without power.

Anticipating a lengthy rebuilding project, a second round of 24 co-op volunteers had been recruited for later rotation into the damaged area.

More than 40 vehicles were dispatched, including bucket trucks, pole-hauling trailers, and digging equipment.

The relief mission is similar to assistance rendered by Wisconsin co-ops 12 years ago following Hurricane Katrina. Personnel from 14 Wisconsin electric cooperatives were dispatched over a four-week period to Louisiana on a rotating basis, helping to rebuild a local co-op distribution system that had been almost totally destroyed.

It’s also similar—on a larger scale—to the ROPE (restoration of power in an emergency) program in which Wisconsin co-ops help each other shorten recovery times when severe weather damages local electric systems.

On three previous occasions since this past spring, ten Wisconsin co-ops have loaned out line crews in ROPE deployments to help others speed up rebuilding of storm-damaged systems.

The Wisconsin Electric Cooperative Association (WECA) is a statewide trade association providing a variety of services including government relations, education and training, and communications for its membership of 24 electric distribution cooperatives and one generation and transmission cooperative, whose co-op member-owners reside in Wisconsin, Illinois, upper Michigan, Iowa, and Minnesota.