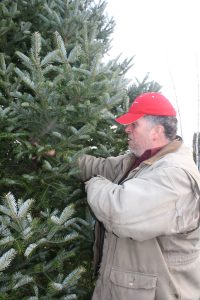 For close to three decades, Oconto Electric Cooperative member Dave Vander Velden has been growing trees that have graced countless houses of all types and sizes during the holiday season.

This year, one of his trees has landed in perhaps the most notable house of all. A 20-foot Fraser and Veitch fir cross grown and nurtured at Vander Velden’s Whispering Pines Tree Farm in Oconto is serving as the 2016 White House Christmas tree. Vander Velden earned this honor by producing the national champion tree in the 2015 National Christmas Tree Association contest.

“For a tree farmer, this is like winning the Super Bowl or a gold medal in the Olympics,” Vander Velden said. “It just doesn’t get any better than this.”

Vander Velden traveled to Washington, D.C., over Thanksgiving weekend with his wife, Mary; father, Jerry; and sister-in-law, Carol Ann, to take part in the traditional presentation of the White House tree. As part of this ceremony, Vander Velden stood with First Lady Michelle Obama outside the White House as the tree was delivered via horse-drawn wagon.

“By winning the national Christmas tree contest, you also agree to present to the White House, which I am more than happy to do,” Vander Velden said, adding “I consider this our gift to the people of the nation.”

Vander Velden’s path to the White House began long before the 2015 competition. In 1984 he and his father started a Christmas tree farm on 16 acres of land in Door County, with just a garden tractor for equipment. Three years later he launched the farm in Oconto, creating a place for people to cut their own trees. Over the years, the farm grew from its original 32 acres to 200, with the business expanding to provide a complete holiday experience (see related story on page 24).

Along with growing their agri-tourism business, the Vander Veldens have been active in the tree-growing industry. The farm’s carefully tended trees have had considerable success in competition, with a Whispering Pines tree taking top honors in the Wisconsin Christmas Tree Association competition four times in the past six years. 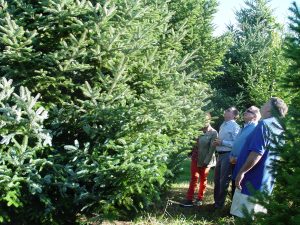 As producer of a state champion tree, Vander Velden was able to present a tree for display at the state capitol in Madison. He and Mary also attended a national tree-lighting ceremony in Washington, D.C., in 2005, when the national tree came from another Wisconsin tree grower. Experiences like those helped fuel his desire to eventually win the national championships, no small feat with so many seasoned tree growers throughout the country vying for the same title.

The winner of the National Christmas Tree contest has been presented at the White House since 1966. Seven of those winners have come from Wisconsin; the Vander Veldens are the eighth. White House Christmas trees are typically displayed in the Blue Room, where the president receives guests.

At the national competition, held every other year, a panel of judges selects the five best trees in each of four categories: pine, fir, spruce, and Douglas fir. Another panel of judges then votes among the first- and second-place trees for the grand champion. The second-place winner presents a tree to the vice president’s residence. 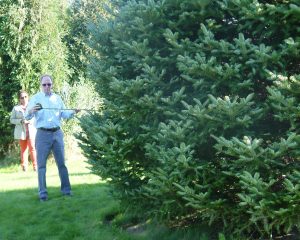 He noted, however, that a tree’s perfect shape is largely determined by Mother Nature and then finessed by the grower. He said a winning tree should appear natural, despite the hours of attention it might have received.

“You want a tree that looks like it’s never been sheared,” he said.

Vander Velden won the 2015 competition in Spring Grove, Illinois, with a balsam fir that he spent hours grooming with tweezers, carefully removing brown needles one at a time.

While grooming his chosen competition tree, Vander Velden also tended a couple of other carefully selected trees in preparation for the hoped-for national championship and the resulting need for a fitting tree to present at the White House the following year. 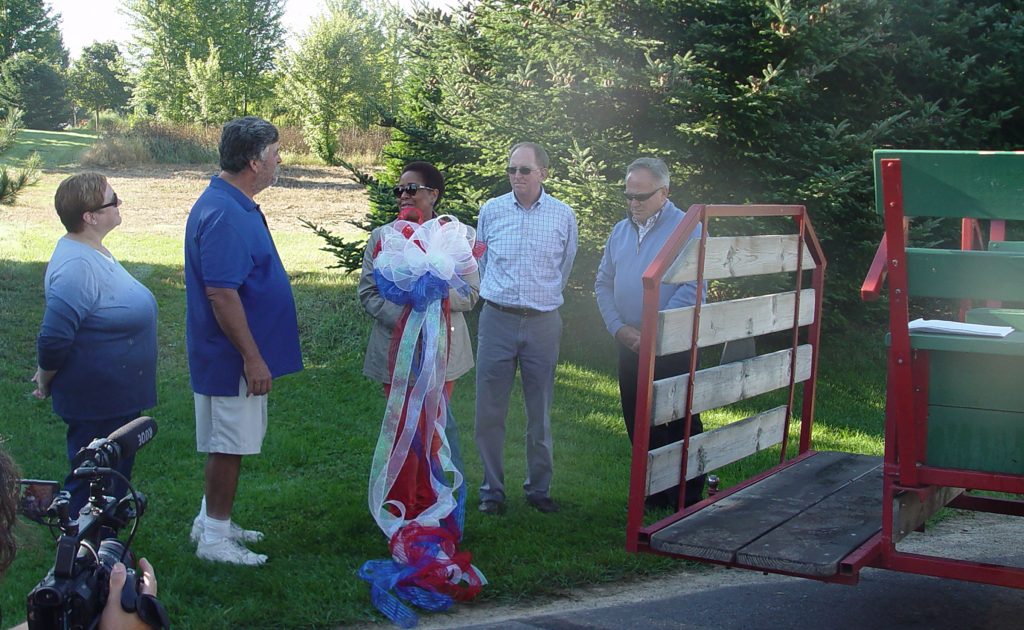 Mary and Dave Vander Velden talk with Washington, D.C., representatives before the giant bow was placed on the tree selected for the White House. (Courtesy of Joan Koehne, Oconto County Times Herald)

Earlier in the fall, a White House crew including the chief usher, grounds superintendent, and head horticulturist traveled to Whispering Pines Tree Farm to select the tree that Vander Velden would bring to the White House at the end of November. He had a couple of options for the crew to pick from.

The 20-foot fir tree ultimately selected by the White House crew fit all requirements, including the proper width to fit through the White House doorways and sufficient height to reach the power source at the ceiling. Best of all—at least to folks in the Badger State—the tree’s roots reach all the way to Wisconsin.