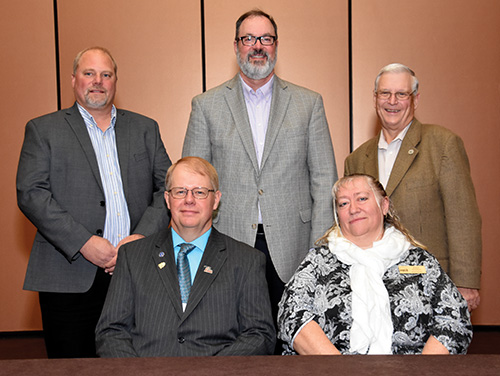 A highlight of the conference was a panel presentation about the value of engaging young people with electric co-ops through Youth Leadership Congress, internships, and more. The panel included former youth board member and Pierce Pepin Cooperative Services intern Will Tuchtenhagen; former youth board member from Central Wisconsin Electric Cooperative Tyler Tautges; Dunn Energy Cooperative General Manager and CEO Jesse Singerhouse, who attended the Youth Leadership Conference as a teen in 1991; and Pierce Pepin Cooperative Services President and CEO Nate Boettcher, an advocate for youth cooperative opportunities and engagement. 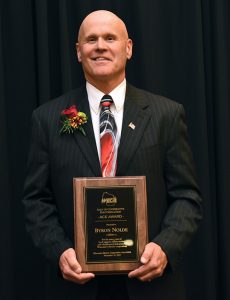 WECA presented Byron Nolde, CEO of Oconto Electric Cooperative, the 2021 Ally of Cooperative Electrification (ACE) award at the annual meeting. In nominating him for the award, supporters cited Nolde’s leadership and experience, unwavering professionalism and integrity, and commitment to safety.

Nolde has also been recognized for his community engagement with multiple awards for his military support and business ethics. He also serves as a director on the RESCO board.

The ACE award recognizes individuals who have made outstanding contributions to the electric cooperative industry. 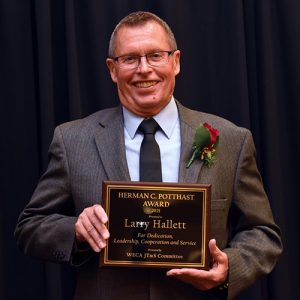 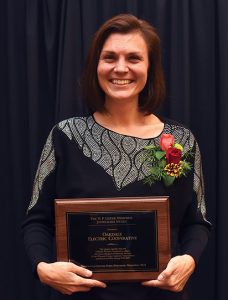 At the WECA Annual Meeting, Deana Protz accepted the Leifer Award on behalf of Oakdale Electric Cooperative. Protz is the editor of Oakdale’s local magazine pages. Judges lauded her creativity in story ideas and layout and design and commended Oakdale for the “fun and relevant” content creation for members.

The Federated Youth Foundation (FYF) also held its annual meeting last month. FYF Treasurer Judi Anibas reported that during fiscal year 2020–21, contributions were at an all-time high of $1.37 million. In addition, the foundation distributed $993,000 in scholarships and charitable donations and distributed almost $727,000 back to member cooperative and endowment accounts.

Mike Wade and David Cramer were unanimously re-elected to three-year terms on the board with a voice vote.

Amid ongoing legal wrangling, construction of the Cardinal-Hickory Creek transmission line, which will run from Middleton to Dubuque, Iowa, kicked off in November. The project supports efforts to reduce emissions by building out the transmission infrastructure to ensure reliability while transitioning to more renewable energy. The Biden Administration has said the nation needs to increase transmission by 60 percent to meet clean energy goals. Dairyland Power Cooperative, American Transmission Co., and ITC Midwest are developers of the 102-mile line.

A Wisconsin Assembly committee recently heard testimony on a bill that would clarify rules related to the sale of electricity at electric vehicle charging stations. Assembly Bill 588 (Senate Bill 573) ensures that entities such as gas stations may provide EV charging stations for a fee without being classified as a utility. The bill also stipulates that the electricity must be supplied by a local utility. WECA and Dairyland Power Cooperative representatives testified in favor of the bill.