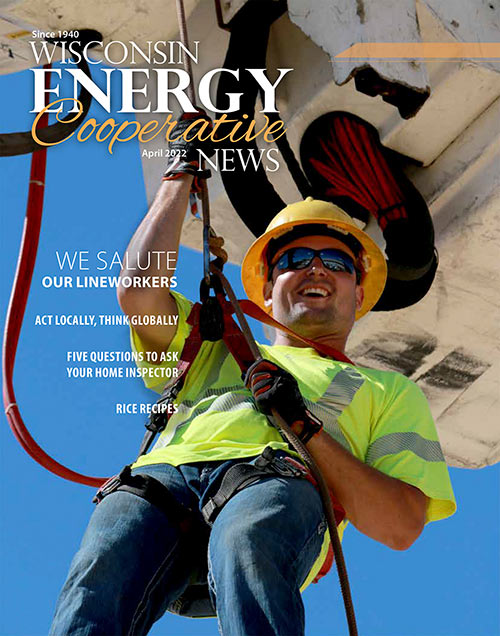 In recognition of Lineworker Appreciation Day, which falls this year on April 11, the Wisconsin Energy Cooperative News devotes its April cover each year to those cooperative employees who keep the power flowing 24/7, 365 days a year. To honor them, we host a cover photo challenge every spring, inviting personnel from Wisconsin’s electric cooperatives to submit photos showing their own lineworkers on the job and selecting one of those photos to appear on the cover of the April magazine. Congratulations to Deana Protz of Oakdale Electric Cooperative, whose photo won this year’s Lineworker Appreciation Photo Challenge.

Thanks to all who submitted photos, some of which we’re sharing here. And thanks to our lineworkers, who keep us all in power, regardless of the time of day or weather conditions. 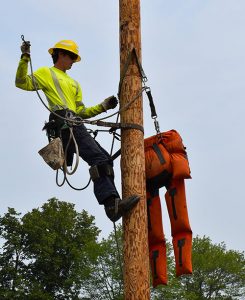 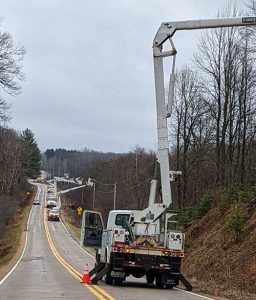 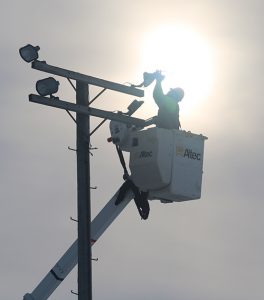 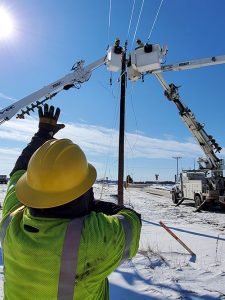 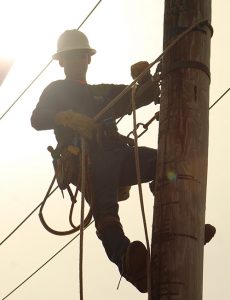 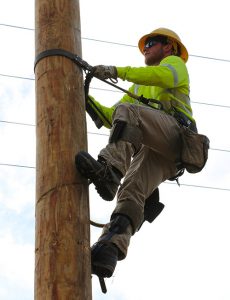 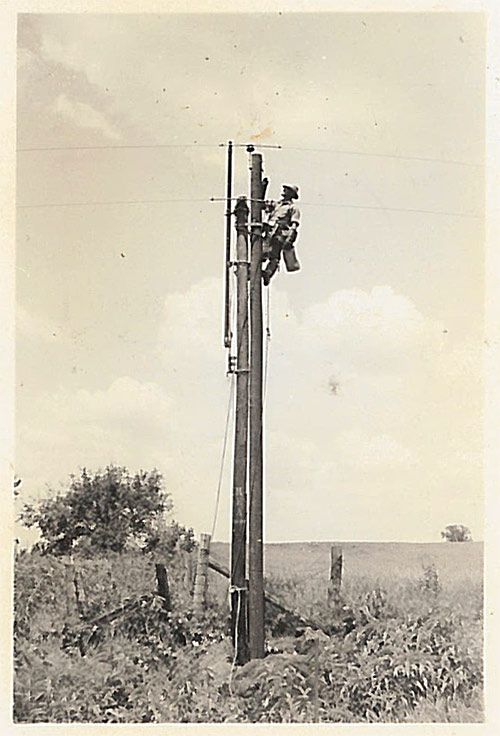