It’s not so much political science as simple arithmetic: Low-turnout elections are much more easily manipulated by fringe groups and special interests than are elections in which a high percentage of eligible voters comes to the polls.

To illustrate, say a political operative organizes 100 people motivated by their interest in one issue, to vote a certain way in an election where 1,000 are likely to turn out. Most times, the unorganized 900 will split pretty evenly, with a single-digit percentage separating the winners from the losers. And most times that means an organized 100, only a tenth of the total electorate but voting as a bloc, gets to determine the outcome.

Nothing here will surprise interest groups, who’ve taken full advantage since before anyone reading this was born. You may consider it an appalling abuse or a triumph of democracy, depending on whether you like the (hypothetical) interest group, but the opportunity is openly available to anyone and certainly well within the bounds of what the law allows. For those who dislike what the tactics deliver, the honest remedy is to apply them better than the other side. 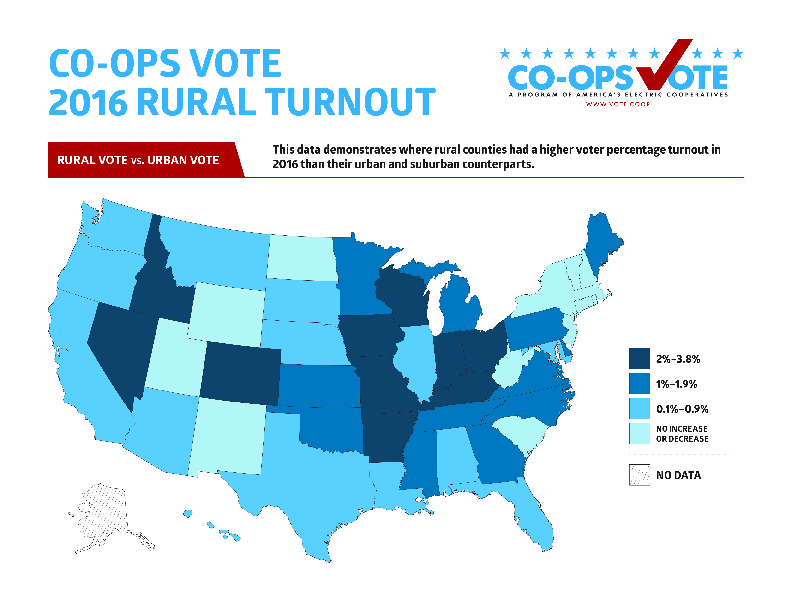 That the foregoing is true has been proven in countless, theoretically nonpartisan, spring primaries and elections when weary poll workers seem grateful for the chance to break up their 16-hour workday if you strike up a conversation about how few of your friends and neighbors are likely to appear.

This has not gone unnoticed by the National Rural Electric Cooperative Association (NRECA), which in recent years launched its “Co-ops Vote” campaign, a nonpartisan effort to encourage rural residents—especially but not exclusively electric co-op members—to up their level of participation. Is it working? It would be a stretch to claim NRECA’s campaign is the sole reason, but we know that in counties with a substantial electric co-op presence, well over a half-million more people voted in 2016 than in the previous general election.

Co-ops Vote does not endorse candidates or take sides on a partisan basis. The program promotes voting by rural residents, facilitates candidate appearances before co-op members, and offers information (www.vote.coop) for voters interested in rural issues.

This month, Wisconsin voters go to the polls for a primary Tuesday, August 14, to select their November nominees for governor, lieutenant governor, secretary of state and state treasurer, U.S. senator, member of Congress in four of Wisconsin’s eight districts, many state legislative seats, and some county offices.

For anyone not registered to vote, the deadline to register online or by mail has passed, but registration can be done in person at the municipal clerk’s office until close of business the Friday before the election or at the polling place on Election Day. Proof of residence is always required for registration. Qualifying documents include a valid Wisconsin driver’s license or state ID, any other identification issued by a Wisconsin governmental unit, a real estate tax bill or a utility bill current within 90 days of the election, to name a few. Photo ID is not required for registration but is required for voting.

Amid today’s contentious atmosphere, political professionals have detected, here in Wisconsin, something they find refreshingly unusual: people with differing political beliefs living in proximity with one another and in relative harmony compared with other parts of the country.

“People are sort of flocking” to southwest Wisconsin “to try to understand what happened in the last election and understand the political culture going forward,” Craig Gilbert told electric co-op leaders earlier this year at the Wisconsin Electric Cooperative Association’s Education and Lobby Days event in Madison. “The state is kind of under a microscope right now.” 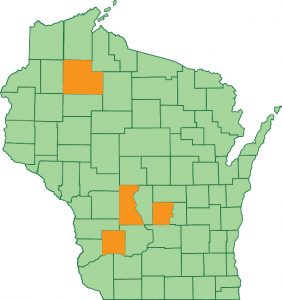 Wisconsin has four of only 19 counties nationwide—Richland, Juneau, Marquette, and Sawyer—that have voted for the winner in all 10 presidential elections since 1980. No other state has more than two.

Washington bureau chief for the Milwaukee Journal Sentinel, Gilbert said political analysts are “fascinated” by the region’s swing-voting history. Richland County, he noted, is one of only 19 nationwide to have voted for the winner in all 10 presidential elections since 1980.

Wisconsin has four such counties—Juneau, Marquette, and Sawyer are the others—and no other state has more than two, Gilbert said.

As electoral maps reveal a growing rural-urban divide, clusters of rural counties won by Democrats are limited mainly to northern New England and the upper Midwest, especially along the upper Mississippi River, but the rural vote “swings a lot more,” Gilbert said. Wisconsin’s southwestern counties have given majorities to candidates as different as Barack Obama, Donald Trump, Tammy Baldwin, Ron Johnson, and Scott Walker, he noted.

The statewide 7-percent Obama margin over Mitt Romney in 2012 preceded a near-50/50 race in 2016, and Gilbert attributed Trump’s narrow statewide 23,000-vote margin over Hillary Clinton to more than 500 lightly populated municipalities switching sides. 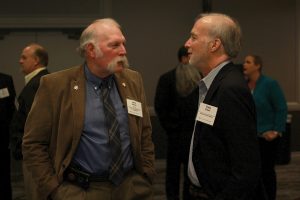 Asked if one reason elections have become, figuratively, scorched-earth affairs might be a perception that every trip to the polls is for all the marbles and whoever wins will lead irrevocably in a direction half the people refuse to go, Gilbert’s answers were yes, yes, and yes.

From that, it perhaps follows logically that there is a marked trend toward voluntary self-segregation by ideology. Nationwide, “Every area is getting either redder or bluer and overwhelmingly, people are living in neighborhoods that are dominated by one party or the other,” Gilbert said. However, the trend is more pronounced in coastal areas and less so here.

That could make Wisconsin’s swing voters a key to recognizing future trends, he speculates. In the state’s rural communities, Gilbert said only half jokingly, “Democrats and Republicans are actually living next to each other.”
Just days later at the Nashville, Tennessee, annual meeting of the National Rural Electric Cooperative Association, Stuart Rothenberg sized up the coming midterm elections, saying Republicans were “far more likely than not to maintain control of the Senate” but characterizing predictions about the House of Representatives as “much trickier.”

Rothenberg noted that Democrats need a net gain of 24 seats to take the House majority and 23 GOP incumbents are running in districts won by Hillary Clinton in 2016.

“I think the House has a good chance of flipping,” he said—instantly hedging the bet by pointing out, “but it’s February.”

An editor and publisher, Rothenberg has worked as a political analyst for major news organizations and is most prominently associated with The Rothenberg Political Report, now known as Inside Elections with Nathan
Gonzalez.

He acknowledged public skepticism of contemporary polling but told his co-op audience major pollsters took “a bad rap” for their 2016 performance. All were within the margin of error in predicting the popular vote in the presidential race and showed Clinton winning by three or four percentage points, compared with the actual margin of 2 percent.

The electoral vote tally was Clinton’s undoing. Rothenberg said a major reason it wasn’t foreseen was the absence of single-state polls in Michigan, Maryland, Pennsylvania, and Wisconsin during the final week preceding the election, resulting in failure to detect the movement among late-deciding voters.
His rationale for Republicans holding the Senate despite daily reports of voter anger and the long historical tradition of midterm losses for the party in power? A sort of mirror image of the prospects for Democrats in the House: Eight Republican senators are up for re-election compared with 25 Democrats, and 10 of the latter represent states carried in 2016 by Donald Trump.

Rothenberg said he expects “another difficult and confrontational election with a lot of fury and name-calling.”
“I think we’re headed for an extended period of this conflict and bitterness,” he said.

People who analyze today’s elections earn their living by sifting the ashes of “conflict and bitterness,” to use Stuart Rothenberg’s words. It would be a mistake to dismiss his analysis but it might be equally mistaken to overlook millions of Americans who don’t want everything they do encumbered by politics; who simply reject having every detail of their daily lives examined in search of some —often imaginary—political meaning. Those people know about the conflict and bitterness; they hear about it every day. But they seldom practice it themselves and it might be a good bet that they make up most of the country.

Why should those people make a special effort to vote on Election Day? Because a big turnout says winning an election requires earning and keeping the support of large numbers of people, whereas small turnouts tell candidates they can get away with appealing to only a few.

So show up! —Dave Hoopman