Wisconsinites are used to long winters. For the most part, we embrace this frosty season, making the most of the snow and ice that linger often well into the months the calendar claims as spring. However, by the time we hit March, even the heartiest among us might find our thoughts skipping ahead occasionally in anticipation of what’s to come when the wintry covering finally recedes.

With those thoughts in mind, March seems an especially fitting time for a walk along the Ice Age National Scenic Trail, a 1,200-mile footpath that follows the terminal moraine left by retreating glacial ice after the state’s most well-known deep freeze, more than 12,000 years ago. That glacial period is known as the Wisconsin Glaciation, and it left behind the varying and scenic terrain we get to enjoy today. 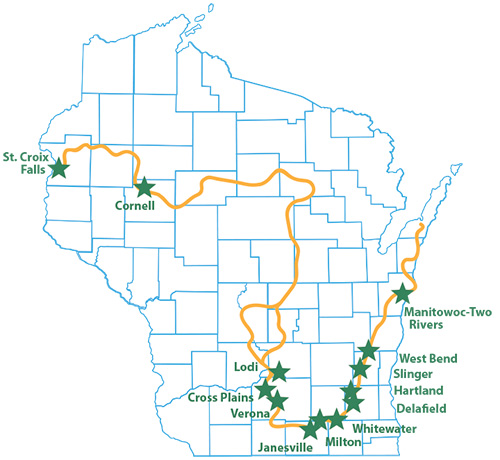 The Ice Age Trail, marked by the gold line, generally follows the farthest advance of the last great glacier. The communities marked along the trail are officially designated Ice Age Trail Communities.

One of only 11 National Scenic Trails in the United States, the Ice Age Trail meanders through 31 counties along the general outline of the glacier’s outermost advance. It’s made up of unique, individual segments connected to each other directly or through unblazed trails or rural roads, making it easily accessible for all Wisconsin residents.

No matter where you live in this state, you can find a segment of the trail that’s not too far from home and hop on for a rejuvenating day of hiking, backpacking, or snowshoeing through some of Wisconsin’s prettiest natural surroundings.

“Local segments provide easy access to nature,” said Lysianne Unruh, communications manager for the Ice Age Trail Alliance (IATA). “It’s an easy way to get outside, go for a walk, and be quickly immersed in the woods and the trees, and maybe an open prairie. The trail changes every season, and there’s always something new to see. “ 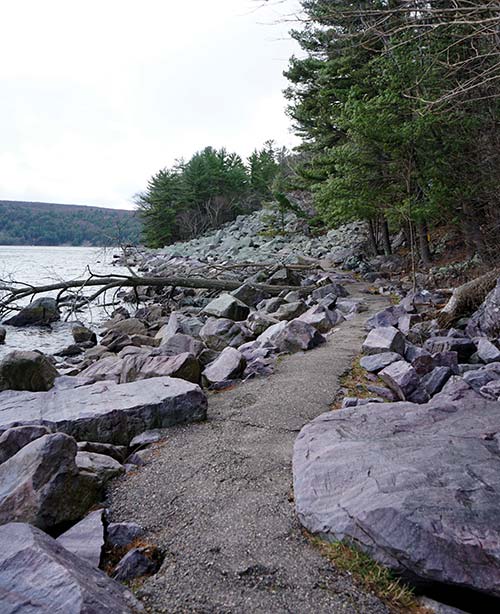 Devil’s Lake Segment – This 11-mile stretch is ranked as one of the most popular sections of the Ice Age National Scenic Trail. It begins near the Merrimac Ferry landing on Lake Wisconsin and continues through wetland and prairie before winding in and around Devil’s Lake State Park in Sauk County (S5975 Park Rd., Baraboo, WI 53913).

This segment includes some challenging climbs around the dramatic rock ledges alongside the lake. Among the many glacial formations to be seen here include the purple Baraboo quartzite rock in the walls of the Devil’s Lake gorge, and the moraines that block both ends of the gorge. The lake is undoubtedly the highlight of this segment, but it’s not all there is to see—the trail also passes through woodlands and meadows as well as an effigy mound.
(Photos courtesy of Haley Melby, Adams-Columbia Electric Cooperative)

The trail is also accessible for all ages, fitness and skill levels, with some segments including rigorous rock climbs and challenging elevation changes while others offer short, soothing walks through the woods.

“The trail can be what anyone needs it to be,” Unruh added. “It can be the out-and-back walk that someone takes at the end of the work day. It can be that thing that fills a chunk of time on a Saturday morning. Or it can be that more concerted quest for adventure if you are wanting to segment hike and eventually become a Thousand-Miler [hiker who travels the trail’s entire length]. The trail adapts to whoever’s approaching it, and I think that’s what makes it so beautiful.” 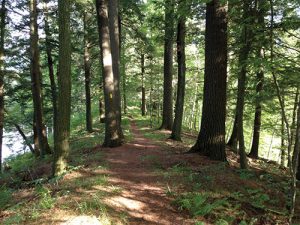 Jerry Lake Segment – Taylor County is home to more than 60 miles of the Ice Age Trail, with several segments passing through the Chequamegon-Nicolet National Forest. The Jerry Lake Segment is near Medford, where Taylor Electric Cooperative is headquartered. It offers 15 miles of rugged forest hiking.

The trail follows Jerry Lake and crosses the Yellow River several times. A distinct glacial feature along this segment is a mile-long, hemlock-lined esker, a ridge of sand and gravel deposited by streams that flowed through tunnels at the base of the glacier.
(Photo by Lou Ann Novak, courtesy of IATA)

The commonality of the trail’s individual segments is that all feature land formations carved by the glacier and the huge volumes of water that flowed from it as the ice melted, depositing massive boulders and other debris along the way.

Covering such a wide swath as it does, the trail passes through a variety of stunning glacially formed geography. The path’s most defining features are the conspicuous ridges, known as moraines, formed by rock, sand, and other debris deposited along the glacier’s outermost edge. At the trail’s most western point— the St. Croix Falls Segment, starting at Interstate State Park—a dominant feature is the steep rock gorge along the St. Croix River, known as the Dalles of the St. Croix. The most eastern point is the Sturgeon Bay Segment in Door County, culminating with a path through the hardwood forest of Potawatomi State Park. In between are segments that pass through everything from the towering trees of the Chequamegon-Nicolet Forest in Taylor County to the purple-hued quartzite bluffs surrounding Devil’s Lake in Sauk County. 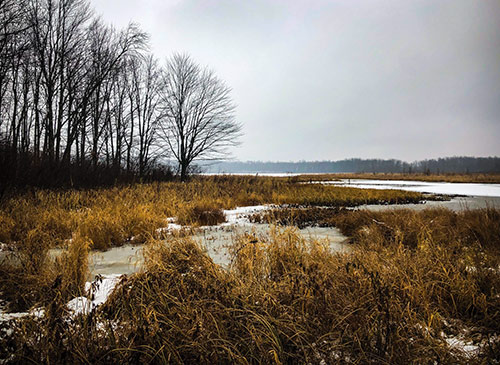 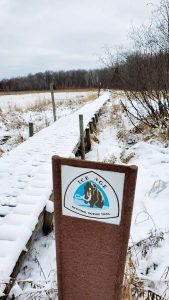 Chippewa Moraine Segment – This 7-mile stretch has been declared by many an outdoor writer as the most scenic segment of the Ice Age Trail. It begins at Brunet Island State Park (23125 255th St, Cornell, WI 54732) near Cornell, where Chippewa Valley Electric Cooperative is headquartered, and winds through the Chippewa County Forest and along the Chippewa Moraine State Recreation Area. The Chippewa Moraine itself is one of nine Ice Age National Scientific Reserve units in the state. It protects an ice-walled plain, the result of a lake that formed atop a melting glacier, with sediment deposited into it as the glacier melted, and then turning into a hilltop as the surrounding ice melted completely.

Also among this area’s notable features are more than 20 kettle lakes, formed when large blocks of ice detached from the glacier as it receded and became buried in sediment, leaving a depression in the earth that filled with water as the ice melted. The trail includes many bridges crossing the lake channels. It also passes the David Obey Interpretive Center (13394 Co. Hwy. M., New Auburn, WI 54757).
(Photo at left by Mel Yackley, courtesy of Travel Wisconsin; photo at right courtesy of Terry Capek, Chippewa Valley Electric Cooperative)

The Start of the Trail

While the National Scenic Ice Age Trail is located completely within the borders of Wisconsin, glaciers are not unique to this state. Huge sheets of ice once covered much of the globe during multiple glaciation periods in the past 2.5 million years, vastly altering the landscape in their wake. The Wisconsin Glaciation is the last major advance of continental glaciers in North America, and it left behind the landscape that has made Wisconsin one of the best—if not the best—places to observe and examine the effects of continental glaciation.

The transformation from a noticeable border along the glacier’s edge to a nationally known foot trail began in the 1950s largely thanks to the efforts of Milwaukee attorney and avid outdoorsman Ray Zillmer, who dreamed of establishing a national park along the glacier’s terminal moraine. To that effort, he founded the Ice Age Park and Trail Foundation, which eventually became the Ice Age Trail Alliance. 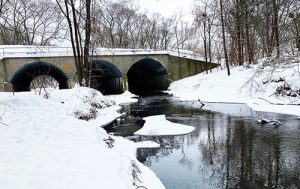 This organization manages the Ice Age Trail in partnership with the National Park Service and the Wisconsin Department of Natural Resources. Working with 19 local chapters of volunteers, the IATA builds, maintains, and promotes the Ice Age Trail.

Officially designated a National Scenic Trail in 1980, the trail is a work in progress. More than 600 miles are identified with bright yellow markings as Ice Age Trail segments, connected to each other with more than 500 miles of connecting routes. The IATA and its chapters continually work toward adding more off-road trail miles each year. 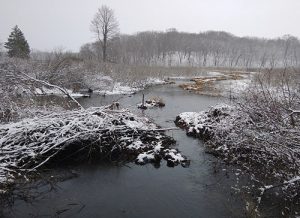 The kettle lake is surrounded by bogs that are navigated by crosswalks. Farther beyond are prairie and meadowland. (Photo by L. Unruh, courtesy of Travel Wisconsin)

Some areas intersect with bike trails, and those are the only portions where biking is allowed. Motorized vehicles are not permitted; the trail is meant to be experienced on foot.

However, that doesn’t mean that all is quiet wilderness along the Ice Age Trail. By design the trail incorporates communities as well, occasionally veering into the Main Streets of designated Ice Age Trail Communities to promote the state’s cultural heritage along the trail. 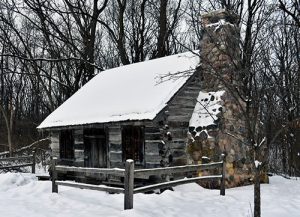 With forests, lakes, cliffs, and communities, there’s lots to see along the Ice Age Trail. You might even want to take it at a glacial pace so you don’t miss anything.—Mary Erickson

For more information about the National Ice Age Trail, including maps, hiking tips and other resources, activities for kids, and pandemic-related updates (some properties may have capacity limitations), visit iceagetrail.org or call 800-227-0046.