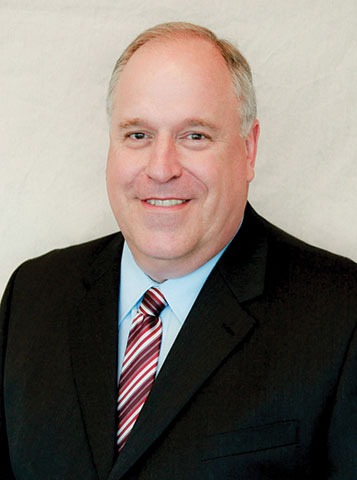 It was Lyndon Johnson’s idea, and it was a good one.

When the National Rural Electric Cooperative Association (NRECA) held its 1957 annual meeting in Chicago, the then-majority leader of the U.S. Senate—perhaps already pondering his first (1960) run for the presidency and undoubtedly mindful of his bedrock association with electric cooperatives—traveled there to address the gathering.

One outcome of the meeting, Johnson said, ought to be co-ops “sending youngsters to the national capital where they can actually see what the flag stands for and represents.”

That same year and the next, electric co-ops in Johnson’s home state of Texas, and in Iowa and Illinois, began sending busloads of high school students to Washington, D.C. By 1964, NRECA was coordinating an annual Youth Tour for a week each June. This month’s event will attract some 1,500 young people and 250 chaperones who, as in previous years, will gain a higher appreciation for the sacrifices that have kept us free, form lasting friendships, and learn something about our country’s system of governance and the role of electric cooperatives in building rural America.

Participants apply for, and are selected for, Youth Tour sponsorship by their local electric cooperative.

Of course the trip will be fun. But as with other co-op events, the sponsored youth participants are expected to fulfill serious educational purposes. They learn about the structure and workings of government, meet with their elected officials, and absorb some of the history embodied in the monuments and memorials they visit, such as Arlington National Cemetery.

In a time when the American Council of Trustees and Alumni has found that only 18 percent of liberal arts colleges require even one survey course in American history or government, and that one in three of us can’t name even one right protected by the First Amendment, surely the Youth Tour is a worthwhile investment.

If it’s true that as a society, we fall short of understanding our own history, it’s also true that sometimes a little confusion is understandable. A case in point is the scheduling of elections.

For various reasons in recent years, some elections have been moved from dates that had long been familiar. For many decades, Wisconsin’s primary for partisan offices at the federal (except president), state, and county levels had been held in September. That primary now occurs in August. This year it’s August 14, and there’s no do-over for showing up the following month.

Primary voters this year will winnow the field for governor and U.S. senator, along with state legislative seats in districts where there’s a primary challenge; likewise with county offices.

The general election hasn’t been moved. This year it’s on Tuesday, November 6.

We make a big deal of this because as a general principle we think active civic involvement is important, and because analyses of recent election outcomes have shown rural communities have the ability to “punch above their weight” in terms of deciding who wins. That’s a big reason why your statewide co-op organization is active in the NRECA’s “Co-ops Vote” campaign to boost rural voter participation.

This month, on June 12, there will be special elections to fill two vacant state legislative seats. Earlier this year, incumbent lawmakers in the 1st senate district (Door and Kewaunee and parts of Brown, Calumet, and Manitowoc Counties) and the 42nd assembly district (parts of Adams, Columbia, Marquette, and Sauk Counties) resigned to accept state agency positions.

Both districts have a substantial electric cooperative presence, and because the timing means turnout for these elections is unlikely to be large, co-op voters can play an outsized role. The Wisconsin Electric Cooperative Association doesn’t endorse candidates or take partisan sides, but we do urge the member-owners of our member cooperatives to look at issues and candidates, decide what you believe is best for you and your co-op, and cast your ballot accordingly.