Prepare for spring with a self-guided Clark County greenhouse tour!

Clustered in a small area in Clark County are many sunny, bright greenhouses bursting with color this spring. Gardeners flock to these businesses as they plan their spring landscaping and garden work. More than 20 are open to the public and part of the county’s Bloomin’ Greenhouse Tour, which runs from mid-April through October each year. 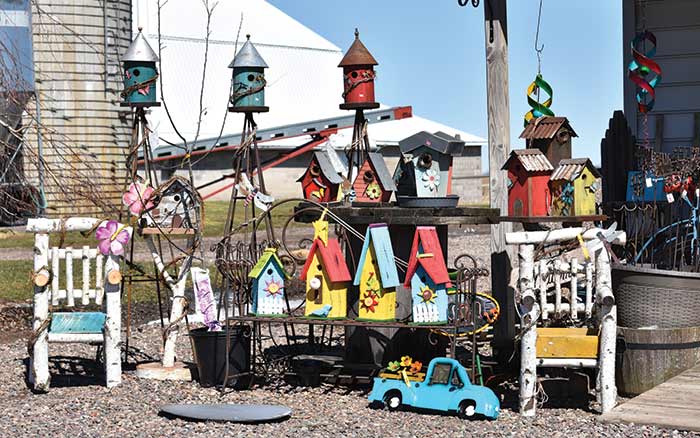 This year marks the sixth year that the Clark County Economic Development Corporation and Tourism Bureau has promoted the event, complete with a brochure and map indicating stops on the tour. But the bureau has maintained a list of county greenhouses for many years.
“We’re the greenhouse capital of Wisconsin,” said Denise Lindner, with the Clark County Economic Development Corporation and Tourism Bureau.
Many of the businesses on the tour are Amish and Mennonite families. A common theme among the participating greenhouses is a migration from bovines to blooms. Many families started off as dairy farmers, and for various reasons, shifted to greenhouse operations. 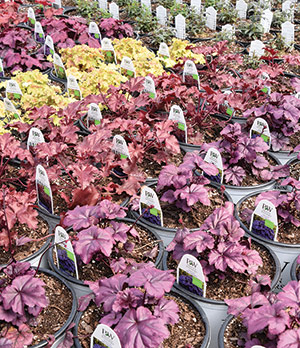 Clark Electric Cooperative members Warren and Lois Zimmerman moved to Clark County from Pennsylvania in 1999 to dairy farm. They now own Posy Patch Greenhouse & Gift Shop, which specializes in planters and hanging baskets, but carries a full line of perennials, shrubs, and potted plants.
“A lot of us came from Pennsylvania, and we grew flowers in Pennsylvania already,” said Lois. “We came out here to milk cows and we put up greenhouses and I think that’s why there’s so many.”
“I guess there are a lot of us Mennonite families that needed a sideline job because of low milk price, so we put up a greenhouse,” said Zimmerman.

Mervin and Marian Newswanger have lived in the area for 20 years, the past 14 of which have included their greenhouse business, Sunrise Greenhouse. Along with their four children, the Newswangers also have three to five additional employees. 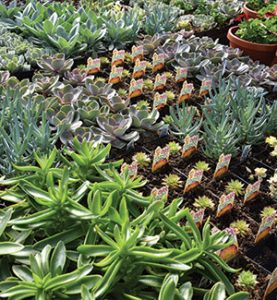 “We had dairy farmed for six years, then we started this business,” said Newswanger. He said business diversity prompted him to add the greenhouse. When asked about the addition of greenhouses to an existing dairy farm, Newswanger looks to the next generation. “They’ve got children coming along, and they do both.”
When asked what Sunrise specializes in, Newswanger said, “We try to handle a lot of different stuff. The annuals are a big thing, but we also have perennials and shrubs, and fruit trees. But I’d say annuals are still number one.” 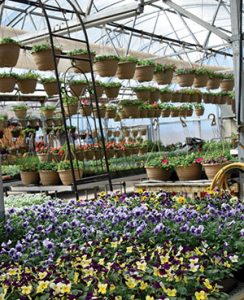 Not every area greenhouse is included in the tour or open to the public. Some smaller greenhouses sell directly to the Central Wisconsin Produce Auction in Withee, which acts as a wholesale auction for flowers and nursery stock.
The tour is also a popular outing for larger groups. Lindner noted that a group of friends chartered a bus and made stops all along the tour.
“Some groups of women travel together, and they have a pick-up truck and trailer and they all load their stuff in and fill it up,” said Lindner. “Sometimes it’s piled high on their laps.”
“People come from the Minneapolis/St. Paul area because of the price. They can load a truck, and they can’t afford that in the cities,” said Lindner. “Prices are pretty competitive. You have to be competitive to make it with this many greenhouses.” 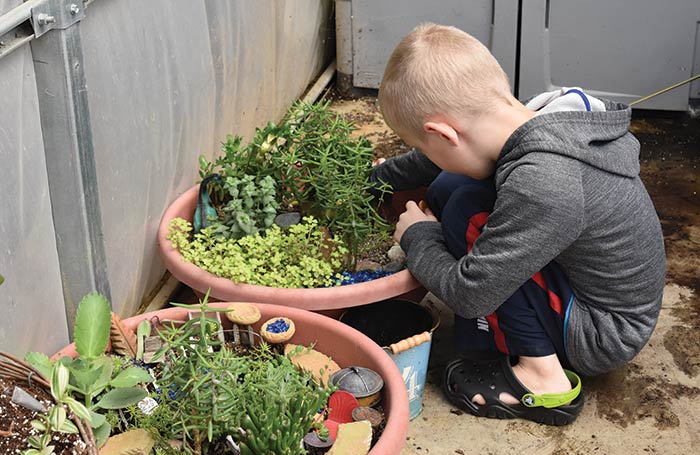 Every stop has its own little niche—something that sets it apart.
“We’re not all alike. We specialize in certain things,” said Newswanger. “Each greenhouse has some unique things.”
“Explore. Find what you want,” said Lindner. “Check them all out. You’re going to find something unique at most of them.
“Talk to the owners. That’s probably the most interesting part. See how they got started. There are some really great people out there to talk to and learn from.”
Lindner cautions folks to avoid Sundays, though, as most stops on the tour close on Sundays. “You can be pretty sure that mid- through the end of April, all of the locations will be open,” said Lindner. “The closer you get to the end of April, the closer you get to all of them being open.”

The tour runs through October, but some greenhouses on the tour close in early July, said Lindner. The ones that stay open have some produce but focus heavily on fall mums—tens of thousands of mums, by Lindner’s estimates. Some have fall corn mazes and scavenger hunts.
Lindner also notes that the county has a similar tour devoted to the arts that runs April 25–26 this year. The Clark County “Spring into the Arts” tour follows many of the same roads as the greenhouse tour and showcases about 40 different watercolor, woodworking, and metal working artists in addition to jewelers, weavers, etc.
When asked what he would advise to anyone considering coming on the greenhouse tour, Newswanger laughed and said, “Come prepared.” 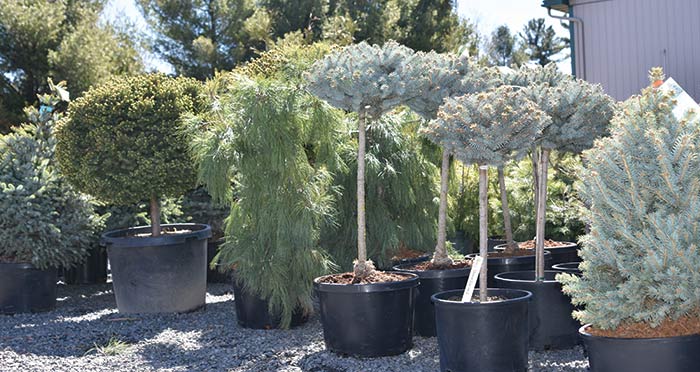 Complete tour maps and lists are available at clarkcountywi.org. Avoid the tour on Sundays as many locations are closed. For more information about this year’s tours, contact Denise Lindner at the Clark County Economic Development Corporation & Tourism Bureau at 715-255-9100.