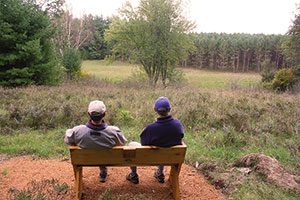 Dick and Marvin Olson take in the view from one of several benches placed throughout the park.

Those words form a signature statement of the late Herman Olson, described by one of his sons, Marvin, as “The Aldo Leopold of Portage County.” Herman’s credo is immortalized on a boulder marking the entrance to Steinhaugen, a 270-acre property in Custer filled with woodlands, wetlands, and prairie grasses, and crossed with old logging trails. Turned over to Portage County in 2015 to be maintained as a park/nature preserve, Steinhaugen is available to the public year-round as an ideal site for “silent sports” including hiking, snowshoeing, cross-country skiing, and fat-tire biking.

“We’re excited to unveil our newest property to the public,” Portage County Parks Director Gary Speckmann said, adding that “Steinhaugen is the most diverse, high-quality natural area in Portage County.” 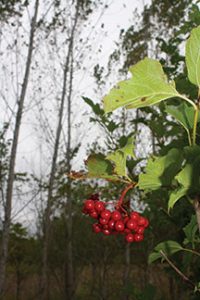 The Steinhaugen visitors see today—with its towering trees and diverse wildlife—is markedly different from the property Herman and his wife, Beatrice, purchased back in 1966. Back then, the land was the site of a former dairy farm. The overgrown woods and stone fence rows gave evidence of what the land had once been like before it was cleared for pastures and fields, and the Olsons saw its potential as the kind of retirement property they were seeking.

“He and my Mom grew up on farms,” Marvin explained. “They were looking for property. Friends of theirs had bought a farm—more of a hobby farm—and they were kind of thinking in those terms, of getting back to their roots.”

Beatrice discovered the land on a trip to nearby Stevens Point, where Herman, a longtime officer with the U.S. Forest Service, was attending a wildlife conference. After purchasing the property and moving into the farmhouse, located on Central Wisconsin Electric Cooperative’s lines, the couple began restoring the land to its natural state. They planted trees and harvested them to improve the timber stand; built up wildlife habitat by planting shrubs and food plots, developing hedgerows, and providing nesting sites; and dredged three ponds for fish and waterfowl. 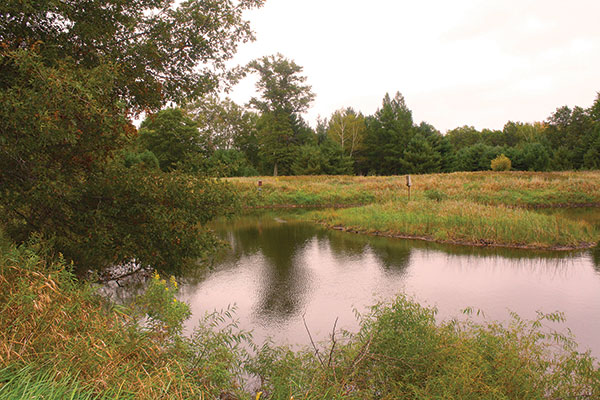 These efforts draw the comparison to noted conservationist Leopold, whose work in transforming an overfarmed patch of land back to its natural state inspired his famous book, “A Sand County Almanac.”

“This isn’t too different, conceptually, in terms of taking abandoned farmland and bringing it back, and sharing it with the rest of the world, in perpetuity, hopefully,” Marvin said. 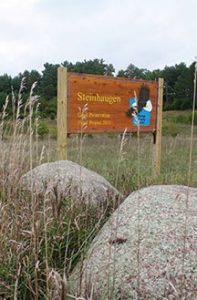 Located as it is at the terminal moraine, where the glacier’s advance stopped and formed a ridge of debris pushed forward by the ice, the property is studded with huge rocks that no doubt caused great challenges for those who tried to farm it. These rocks inspired Herman to refer to the property as Steinhaugen, the Norwegian word for “stone pile.”

Marvin and his brother, Dick, recalled how their parents loved the land and all the wildlife they lived amongst. Beatrice, they said, walked through the woods daily in search of unusual plants. For many years, she recorded the date of the first lilac blooms for the Wisconsin Phenology Society.

Herman loved counting deer and enjoyed hunting on the property with friends. He was also passionate about bluebirds, they said, devising an improved design for bluebird houses that the Wisconsin Bluebird Restoration Association promoted as the “Herman Olson Design.”

For their restoration and conservation efforts, the Olsons collected a bevy of honors and awards from various wildlife and conservation organizations, including Outstanding Conservationist in Central Wisconsin award, presented to Herman in 1980 by the University of Wisconsin-Stevens Point College of Natural Resources (UWSP/CNR). 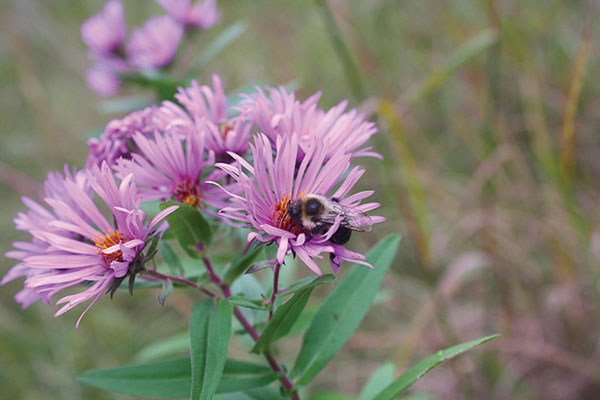 The Olsons’ influence extends beyond the field of conservation. Herman and Beatrice were also generous with their property, sharing it with friends and church groups for horse riding, hayrides, and hiking.

They also shared the land for its educational value, hosting demonstrations for other woodlot owners and offering up the property as an outdoor laboratory for UWSP/CNR students and faculty. Classes held at Steinhaugen include timber measurements and log scaling; tree, wildlife, and soil identification; forest protection; hydrology; and surveying. 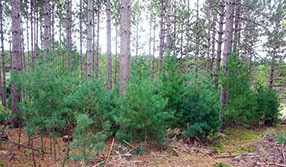 Native white pine trees are regenerating naturally between the red pines that were planted later.

In 1980, activities at Steinhaugen were formalized with the creation of Steinhaugen, Inc., a family-owned corporation founded by Herman and his three sons: Dick, Marvin, and the late Keith. The corporation’s objective is the management of the land for timber and wildlife production and providing recreational opportunities.

As a corporation, Steinhaugen, Inc., has partnered with other organizations in large-scale conservation projects. For example, in 2006, two acres of the Steinhaugen property were designed to be used as an agro-forestry demonstration site, supported and utilized by a partnership of conservation organizations as well as UWSP. 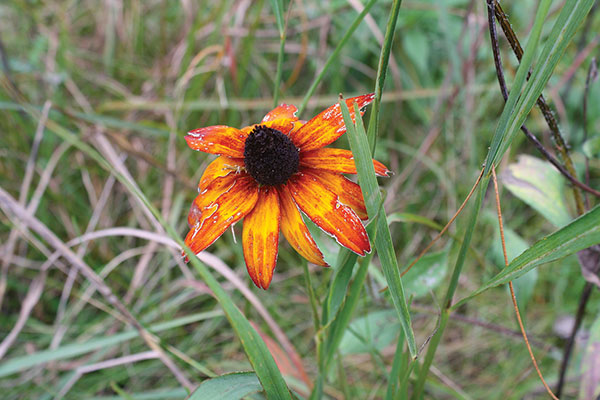 Part of the Steinhaugen, Inc., mission includes keeping the property intact so future generations can learn from it and appreciate its natural beauty. To fulfill this mission and preserve their parents’ legacy (Beatrice passed away in 1979, and Herman in 2004), the Olson sons transferred 270 acres to Portage County to be preserved as a woodland park for the public to enjoy. 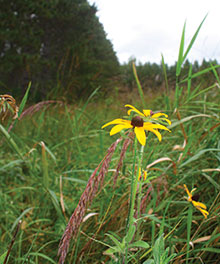 “When we turned the property over to the county, part of the stipulation was that it would remain this natural area, with very little disturbance,” Dick said. “So there are no ATVs allowed or that sort of thing. The intent is to have it more as a natural recreation area.”

The agreement was marked with a candlelight snowshoe trek in January and a ribbon-cutting ceremony to celebrate the park’s official opening in May.

Speckmann said several user groups are working out details for “silent sport” activities, so trails are still in development. Once a trail map is finalized, he said it will be posted on the Portage County Parks Department website. Until then, visitors can contact the parks department for more information.

But no one has to wait for an official map to enjoy Steinhaugen. The park is available every day, all four seasons. After all, every day is a good day in the woods.—Mary Erickson 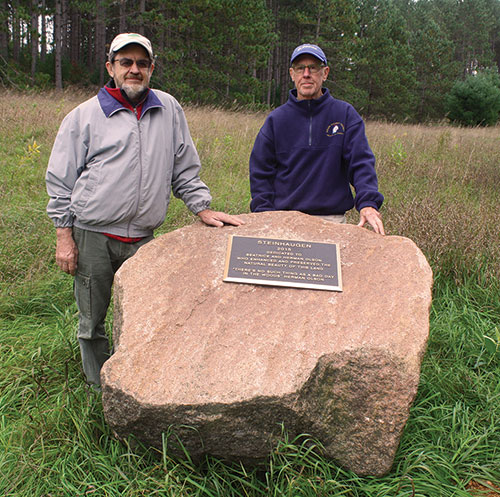