Like their counterparts nationwide, Wisconsin’s electric cooperatives operate as not-for-profit electric utilities created for the sole purpose of making electricity available to homes and farms that large, for-profit utilities long ago refused to serve. The co-op business model has worked exceedingly well for more than 83 years in our state.

Now, the farm and rural economies are experiencing unprecedented challenges that are transforming the fabric of life in small Wisconsin communities. In many cases electricity sales are declining and most electric cooperatives just hope their volume remains stable from the previous year. One notable (and potentially positive) effect is a heightened awareness on the part of everyone associated with local co-ops of the need to keep costs in line to avoid the necessity of a rate increase.

As the organization that represents this state’s electric cooperatives in Madison and Washington, D.C., the Wisconsin Electric Cooperative Association (WECA) is always looking for ways to help our co-ops and their members. To that end, we recently sponsored a program on “Beneficial Electrification,” a term first heard relatively recently. The concept is pretty simple. It means replacing fossil fuel use
with electricity.

Actually, there are many opportunities across the farm, residential, and commercial sectors to accomplish this. A basic one would be replacing a gas water heater with an electric one in the home or milk house. This is a cost-effective way to help decrease carbon dioxide emissions while simultaneously giving the electric cooperative a good grid management tool. 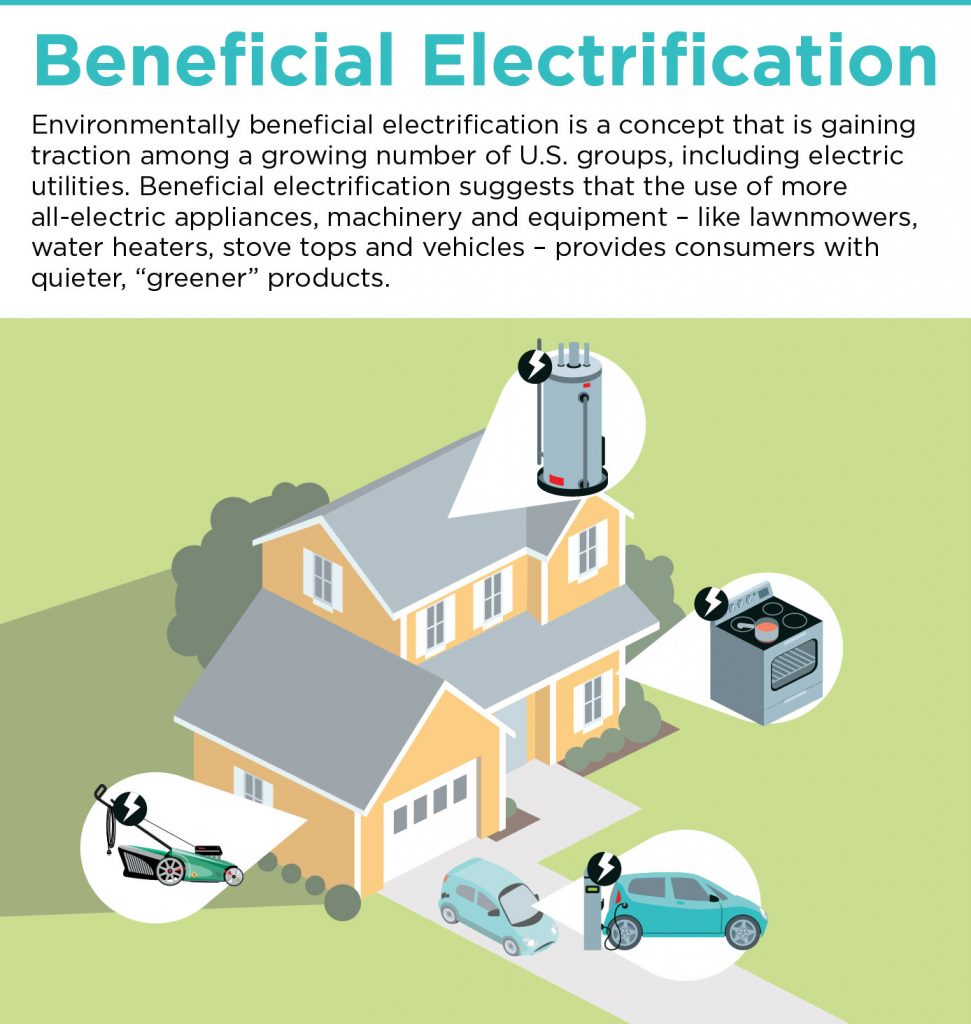 For instance, if you have an electric water heater, many electric cooperatives will work with you so that when there is surplus generation available due to lower usage, that’s when your water heater will operate, doing so at a lower energy cost. The savings can be significant: I’ve seen studies showing this practice could save almost $200 annually for water-heating alone.

With rapid growth in renewable power generation, uncertainty in fossil fuel prices from one season to the next, and increased efficiency of electric powered appliances and vehicles, it’s worth looking at the potential advantages of beneficial electrification. One of the biggest game changers could be switching from a car with an internal combustion engine to an all-electric vehicle.

In rural Wisconsin we’re used to our pickups and minivans that run on gasoline, and there are real obstacles to overcome, power and range to name just two. But range is improving, and I wouldn’t have believed the power possibilities unless I’d seen them myself. I watched a Tesla Model 3 with a 450-horsepower electric motor race a Dodge Charger Hellcat with a 707-horsepower Hemi, and on the track the Tesla blew the Dodge away.

As a traditional car guy it was hard for me to believe the power and torque of an electric car that an iconic traditional vehicle couldn’t produce. Every major automotive manufacturer has pledged to increase its offerings of plug-in hybrids or fully electric cars and trucks, so it’s worth taking a look to see if an electric vehicle might meet your transportation needs.

There are more opportunities for beneficial electrification than space to discuss them here. But ultimately a growing reliance on electricity could point toward greater efficiency, fewer emissions, and enhanced ability to keep rates under control. That would be a win-win for the environment, your electric cooperative, and you.