This month’s “Message from the CEO” is guest commentary from Rob Richard, WECA Director of Government Affairs. WECA President and CEO Steve Freese is currently on medical leave. 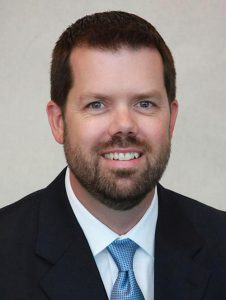 In essence, they are asking a non-elected, three-person, gubernatorial-appointed Commission to legalize the sale of electricity by a third-party entity within the regulated service territory of another electric provider—your local electric cooperative—without any regulatory oversight of that entity. This action could completely upend a regulatory model that our electric cooperatives have been governed by their entire existence.

In submitting public comments in Docket #9300-DR-105 (MREA) and Docket #9300-DR-106 (Vote Solar), WECA argued that these “petitions fail to provide a clear and convincing argument for the Commission to alter significant energy policy in the state” and that ultimately “it is incumbent that any changes of this magnitude to statutes and/or administrative code must be deliberated and implemented by the Legislature.”

In a blistering dissent of her colleagues’ decision to open the dockets, Commissioner Ellen Nowak echoed WECA’s comments when she wrote that “the Commission ignored years of precedent, both from the Wisconsin Supreme Court and the Commissions’ holding that deciding public utility status is a fact specific determination and the general questions posed by the petitioners raise a significant policy issue that is properly left for the Legislature to decide.”

WECA has filed for intervenor status in the dockets. Once accepted, briefs will be filed, and testimony could be offered to oppose the position that the Commission should make a declaratory ruling in favor of third-party ownership’s legality. The PSC is expected to make an expedited decision before the end of the year, a timeline that Commissioner Nowak labeled “a purely political decision.” If the Commission decides in favor of Vote Solar and/or MREA, the filing of an appeal in court may be a next step.

To be perfectly clear, WECA does not hold a position of opposing third-party ownership outright. In fact, we have a WECA resolution that states:

Third Party Ownership (TPO) refers to a business arrangement where renewable energy generating equipment and technology is financed, owned, or leased and maintained by an entity that uses it to produce energy which is then sold directly to the host property owner or occupant.

WECA supports necessary and equitable oversight of TPO arrangements, ensuring safe installation and proper interconnection of the generating equipment, as well as adequate liability insurance. Any TPO arrangement needs to prevent subsidization and rate increases on remaining utility customers and co-op members, include proper reimbursement for utility infrastructure and reliability, provide compensation for any energy added to the grid that is fair and reasonable to both the seller and buyer, and assure adequate consumer protections concerning safety, contractual and legal obligations.

It is the latter part of this resolution that our 25-member Legislative and Regulatory Committee intentionally and carefully deliberated on to protect the interests of ALL electric cooperative consumer-members. Adopted at a WECA Annual Meeting by the general membership in attendance, this grassroots, bottom-up resolutions process has all our consumer members—that’s you—in mind.

How does this affect you? We have heard from electric co-ops that solar system vendors in their communities are using door-to-door, high-pressure sales tactics to sell their product. In some cases, these vendors claim they are working in a partnership with the electric cooperative or that their product is endorsed by their electric cooperative utility—which hasn’t been the case. Reports like these raise an immediate red flag of whether co-op members’ interests—your interest—will be justly protected under a solar vendor’s leasing terms for the life of an installed solar system that may potentially be 20 years or more, assuming they are in business for that long. The intermittency of these energy resources will still require a connection to the co-op’s electric wires and continued investments to ensure that when a third-party system isn’t working that you still have electricity. Third-party system owners have every incentive to shift these costs to your co-op because it makes their product much more attractive when they have no accountability in providing you electricity 100% of the time.

There will be more to come in this column explaining how this decision could affect consumer members…so stay tuned.