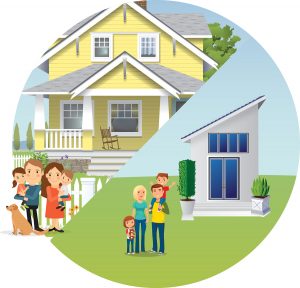 A house, two kids, a manicured lawn, and a well-maintained fence to keep it all safe. For years, that’s the dream to which many Americans aspired.

But if you’ve scrolled through your social media feed lately or watched one of the countless reality shows about real estate and housing, you might’ve noticed that many folks are eschewing that traditional American home in favor of alternative accommodations.

The reasons people prefer these non-traditional structures are as diverse as the buildings themselves. Some want to simplify and declutter their lives, some hope to save money or reduce energy use, and some just want to try something different.

Here’s a look at a few of the more popular non-traditional home designs that might be coming to a neighborhood near you.

The tiny house trend got its start with a man named Jay Shafer who built his first miniature house on wheels in Iowa in 1999. Shafer is a person who liked to challenge the status quo, and after living in a variety of non-traditional spaces over the years, he started drawing plans for imaginary houses.

Over time, the designs got simpler and smaller, and he was inspired to build one for real when he learned they didn’t meet building codes. He took that as a challenge, and realized that if he built the house on a prefabricated, street legal trailer, it would be considered a trailer load and not a house, and thus, not subject to building codes. 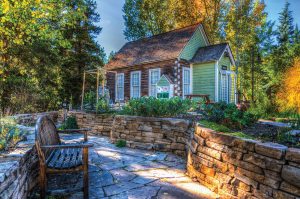 This non-conformity has made tiny houses a controversial issue in many communities, and local governments have struggled to balance individual rights, local codes, and public safety. Their non-traditional design has also made tiny houses more difficult to finance and insure, although options for both are available.

Despite these challenges, thousands of people have purchased do-it-yourself plans and pre-built tiny houses from Shafer and other designers.

Unlike mobile homes or camping trailers, tiny houses look like real houses, with square corners, traditional siding materials and pitched roofs. They typically offer 100 to 130 square feet of living space, and must be less than 8 feet 6 inches wide and 13 feet 6 inches tall to legally drive on the road without a special permit. The weight varies based on the length and rating of the trailer, but tiny houses are typically much heavier than camping trailers because they are made from traditional building materials.

In March 2017, the city of Portland, Oregon, launched a pilot program that uses tiny modular units to help address the community’s severe homelessness problem. Homeowners who volunteer to participate in the program will have one of these government-built tiny houses placed in their backyard. Homeless families who qualify for the pilot program will occupy the units.

After five years, the homeowners can take over the spaces and use them for rental income, creating what city officials hope is a win-win for property owners and individuals experiencing homelessness.

As the name suggests, monolithic domes are built as a single, cast-in-place structure of concrete and reinforcing steel. 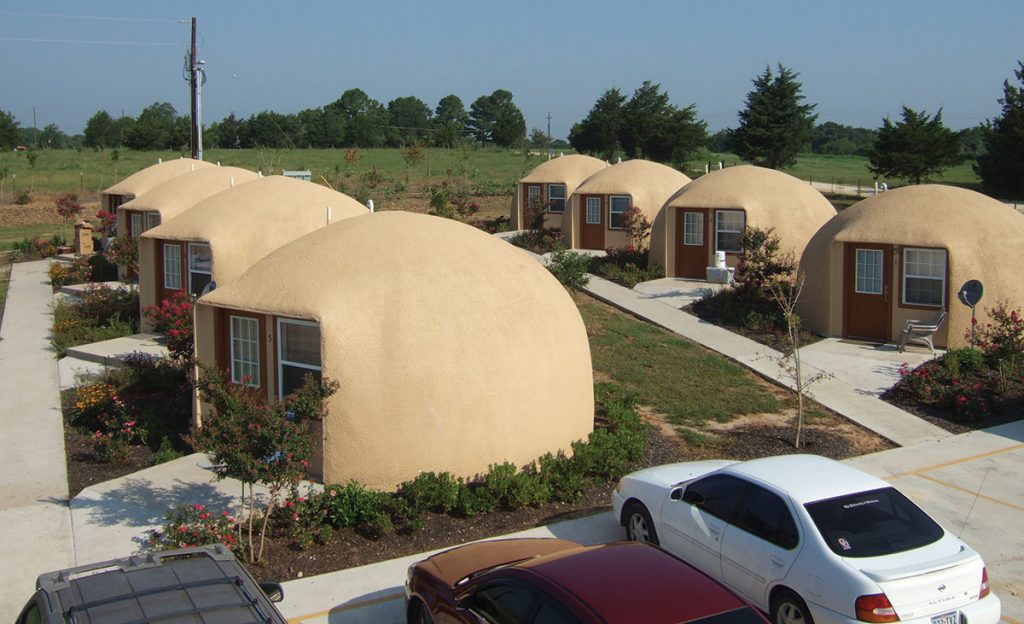 Though domes have been built for thousands of years, the first modern monolithic dome was built by three brothers in 1975 to store potatoes in Idaho. The large open space and lack of support columns makes monolithic domes ideal structures for storing agricultural products and other bulk materials such as rock salt and portland cement.

The geometry of domes makes them incredibly strong structures, and their smooth, round shape is also aerodynamic. Those two factors make monolithic domes excellent shelters during tornados and other natural disasters.

In Oklahoma, monolithic domes have become a popular choice for local governments constructing large gathering spaces that can pull double duty as a school gym, auditorium, or cafeteria under normal conditions, and an emergency shelter during severe weather. Since they are made out of concrete, they are also resistant to fire.

In addition to these safety benefits, domes offer homeowners the high ceilings and large open floor plans that are so popular today. They are also highly efficient, requiring about a quarter of the energy required to heat and cool a similarly sized traditional structure, according to the Monolithic Dome Institute.

The domes are so well sealed that most require a ventilation system to bring in fresh air from the outside, and the Monolithic Dome Institute recommends all-electric mechanical systems in domes to reduce the risks associated with combustion of natural gas and propane.

In recent years, the shipping container has become a political symbol for many people.

To some, they are a symbol of the decline of American manufacturing and the loss of well-paying jobs to countries with lower labor costs. To others, the containers are tools that connect us to a globalized economy and lower the cost of many consumer goods we purchase every day.

But to another group of architecture enthusiasts, the shipping containers we see every day stacked on cargo boats, carried by freight trains, and pulled by semi-trucks are grown-up sized Lego blocks waiting to be turned into a home.

The first container buildings were built by people and organizations looking for a fast, simple, and low-cost way to provide shelter. Containers are strong, easy to transport and, thanks to global trade, abundant.

Over time, what started as a clever way to recycle old containers and quickly build inexpensive structures has morphed into an architectural trend.

Container home enthusiasts say the three keys to a successful project are understanding all local building codes and safety regulations before starting the project, hiring a contractor that has previous experience with this unique form of construction, and purchasing the correct type of container.

Even traditional houses aren’t immune to the trend of alternative construction techniques. Advances in technology have transformed the manufactured housing business as well. In addition to the classic mobile home and newer modular home designs, homeowners can now purchase high-end custom homes created from pre-fabricated panels that are built in a climate-controlled factory and assembled onsite.

In 2016, the popular public television show This Old House featured one of these modern luxury catalogue homes as one of its two projects for the season. The homeowners estimated they saved approximately 15 percent over the cost of a traditional stick-built house, which they used to invest in nicer finishes and details than they would have otherwise been able to afford.