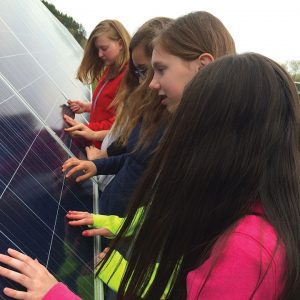 The price of solar has fallen dramatically to become competitive with other generation sources. In 2015 and 2016, the United States installed more solar panels than in the previous 30 years combined. So how did we get here and, more importantly, what’s next?

Solar power is actually a misnomer because it can refer to any power that comes from the sun. When people talk about “solar power” these days, they usually mean photovoltaic, or PV, solar power. This is a specific physical phenomenon in which light strikes a material and causes an electric current. First discovered in 1839 by Edmund Becquerel, there wasn’t a practical application of this effect until Bell Labs realized silicon was a photovoltaic material and used it to make the first solar panel in 1954.

Today many homeowners, companies, and utilities have their own solar arrays, and many more are expected to be installed over the next few years. 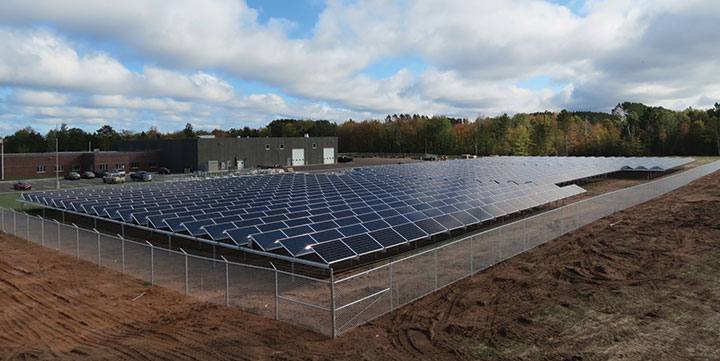 Large solar arrays, often referred to as utility-scale solar, already make up the majority of newly installed solar capacity. A moderate sized utility-scale solar array can be the equivalent of more than 1,000 residential solar arrays, and every year ever larger arrays are built. Currently, the largest solar array in the world is the Longyangxia Dam solar station in China that covers an area greater than 14,000 football fields. One of the biggest benefits of these systems is their cost per panel: for a large solar array, less than half the cost of adding a panel to your roof. As solar costs continue to fall and more utilities and other large players get involved, you can expect to see solar trending towards more of the larger arrays. 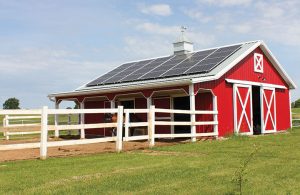 Rooftop solar installations like the one seen here have been in existence for a while. Future installations may utilize products that double as both a building material and solar panel, like solar rooftop shingles. (Photo courtesy of Katie Jagiello, Oconto Electric Cooperative)

Many companies have tried and failed to develop products that double as both a building material and a solar panel. Known as building integrated photovoltaics (BiPV), typically, these are either solar shingles or solar windows. The dream is a building material that costs the same as its non-solar counterpart, but also produces electricity. If the costs come down to this point, and as new houses are built, windows replaced, r roofs redone, they could be replaced by solar parts. This technology has recently gotten more attention from the media because Tesla is planning to begin selling solar rooftop shingles in April 2018.

Lastly, one of the most spectacular ideas for future solar arrays is to put them into space. Large solar arrays would be blasted into space, self-assemble, then beam their power down to earth as microwaves or lasers. There are several advantages to this. 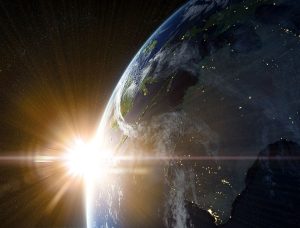 First, without clouds or the earth in the way, these panels will produce electricity 24/7. Second, without an atmosphere in the way, more light would actually reach these panels, making them more productive. Lastly, the power could be sent anywhere in the world, as long as there is a receiving station. Many conceptual designs exist for this technology, and there are a number of companies around the world working on making this a reality, but the major problem is still the high cost of sending materials into space.

Until Elon Musk develops a cheap, reusable rocketship, or the U.S. builds an elevator to space, this technology will remain just pie in the sky.