Historic Theater Shines During the Holidays

If all the world’s a stage, the Mabel Tainter Center for the Arts in Menomonie is a leading player. Named one of the 15 Spectacular Theaters of the World by CNN Travel, this historic theater in northwest Wisconsin holds its own on CNN’s distinguished list that includes venues like Shakespeare’s Globe Theater in London and the Margravial Opera House in Germany.

CNN Travel said of the Mabel Tainter, “If this tiny theater is anything to go by, bigger certainly doesn’t mean better.” Ken Stein of the League of Historic American Theaters added, “This jewel box-like theater feels like it could have been inspired by a child’s doll house.” 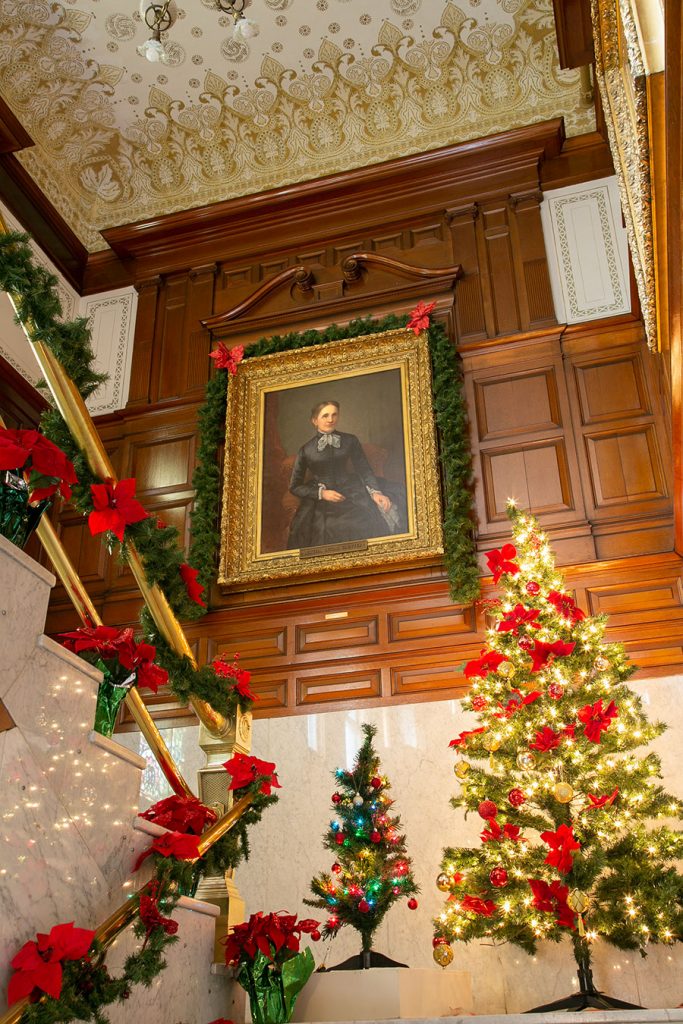 The 250-seat Mabel Tainter is beautiful at any time of the year, but during the holidays it’s a real showstopper. That’s when the building is adorned with period Christmas decorations complementing the facility’s three distinct architectural styles, and the theater schedule is filled with seasonal performances.

Lucy Weidner, a Dunn Energy Cooperative member, is a longtime volunteer at Mabel Tainter. Her many tasks include overseeing the Christmas decorating, a process that takes multiple days and a team of volunteers to complete. The decorations enhance the theater’s unique features, of which there are many.

“It has the only operational butterfly curtain in the United States right now,” Weidner said. “There’s a stone arch outside the building as you enter that has 13 individual pieces that were all individually hand-carved. The seats are original. And the stenciling is so intricate in so many of the different rooms.” 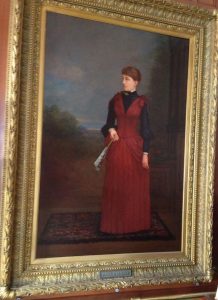 This theater was built as a memorial to Mable Tainter, the daughter of Captain Andrew Tainter and his wife, Bertha.

The theater was built in 1889 as a tribute to Mabel Tainter, a young woman who loved music and the arts. After her untimely death at age 19 in 1886, Mabel’s parents, Captain Andrew Tainter and his wife, Bertha, commissioned the building. Captain Tainter was a lumber baron and silent partner with the region’s dominant lumber company, Knapp, Stout, & Co. He spared no expense in the building’s construction.

The exterior was made of sandstone quarried along the Red Cedar River southeast of the present village of Downsville. The architecture includes the Moorish style of curved surfaces. Inside, the building was outfitted with hand-stenciled walls and ceilings, marble staircase and walls, walnut and oak woodwork, brass fixtures, and four fireplaces. The original pipe organ, which has been fully restored, has 1,597 pipes ranging in size from 2 inches to 16 feet.

Despite the lavish fixings, the Mabel Tainter was more than just a theater and was also used for some simpler purposes.

“Back when this building was created for this community of 4,400 people, it really was a community center,” Weidner said. “Besides being a theater, it was the first library for Menomonie and a space for men to congregate after the war. There was an area set aside for the men where they could play billiards and socialize. There was also a place where the women had their sewing circle. And it was also a Unitarian church. It was a truly a multi-purpose building.”

Any building of this magnitude can be a challenge to maintain, and Weidner said the Mabel Tainter found itself in danger of demolition by 1958. That’s when the Menomonie Theater Guild was formed. Still very active today, this group of concerned citizens began holding fundraisers to support the first restoration of the theater. 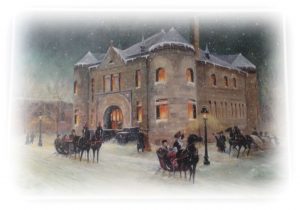 The Mabel Tainter Theater in its Victorian heyday, as depicted by local artist Rozan Henning, a member of Eau Claire Energy Cooperative.

The most recent renovation, begun in 2007, gave the building a new exterior of sandstone from the original quarry and made it handicap accessible. The building’s historic qualities were preserved. Viewing a performance in the theater is the same intimate experience it was 130 years ago.

“You’re no more than 35 feet from the stage regardless of where you sit,” Weidner pointed out.

There are plenty of opportunities to enjoy the Mable Tainter theater experience. The Menomonie Theater Guild stages four local productions a year there, and the rest of the calendar is filled with performances by guest artists and troupes.

December’s schedule includes the Menomonie Theater Guild’s performances of “A Christmas Carol” as well as the Ballet Co. Laboratory’s performance of “Nutracker in Wonderland,” a twist on the holiday classic.

Stage performances aren’t the only way to enjoy the Mabel Tainter. Holiday tours are offered on two Saturdays—December 1 and 8—from 11 a.m. to 1 p.m. Group tours can also be scheduled. In addition, visitors are welcome to stop in during building hours of 11 a.m. to 3 p.m. Tuesdays though Saturdays for a look at the main areas of the building. 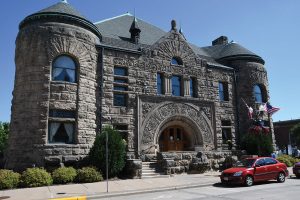 The Mabel Tainter Center for the Performing Arts today.

Although the Menomonie community is committed to preserving the Mabel Tainter’s past, those involved with the theater are also looking to the future.

Executive Director Jeff McSweeney said future plans call for establishing the Mabel Tainter as an arts leader in western Wisconsin, something it’s uniquely suited to do thanks to its 130-year history and distinctive presence. He sees potential for other communities to raise their own profile in the performing arts and understand its value as an economic development tool.

“We want to take our physical structure and the entertainment that we offer and provide it as a beacon to everybody else for what can be done in this region,” he said.