Federal lawmakers included support for electric cooperatives and rural Wisconsin in the $2 trillion CARES Act, which is geared toward helping the country respond to the coronavirus pandemic.
As requested by the National Rural Electric Cooperative Association (NRECA), the bill includes an additional $900 million for the Low-Income Home Energy Assistance Program, which helps some low-income and moderate-income consumers pay their utility bills, an additional $100 million for RUS ReConnect broadband grants, and $349 million for small businesses to cover operating expenses including utility bills.

For the next round of legislation, NRECA is asking Congress to: 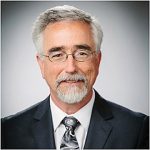 Dean Tesch, chairman of the Taylor Electric Cooperative Board of Directors, was recently elected president of the National Rural Utilities Cooperative Finance Corporation (CFC) Board of Directors. Tesch was first elected to represent District 5 on the CFC board in 2015 after serving as a director for Taylor Electric for almost a decade, including taking the helm as chairman in 2014.
Tesch’s experience includes working as a teacher before becoming a certified financial planner. His first cooperative leadership role was as a board member of a local credit union. He also served as a director of Dairyland Power Cooperative.

Agreement in Place for Monarch Conservation

A historic agreement aimed at stemming the decline of monarch butterflies is now in place, according to the U.S. Fish and Wildlife Service and the University of Illinois-Chicago. The agreement encourages transportation and energy partners, including electric cooperatives, to participate in monarch conservation by providing and maintaining habitat on potentially millions of acres of rights-of-way and associated lands.
The monarch butterfly population is declining more rapidly than expected, according to a recent study. Scientists estimate the number of monarchs was down 53 percent in 2019, compared to 2018. The U.S. Fish and Wildlife Service is expected to make a decision on whether to list the monarch butterfly as threatened under the Endangered Species Act in December 2020. Such a listing would potentially have a big impact on co-op operations, maintenance, and construction.
Many Wisconsin electric cooperatives already have extensive pollinator habitat projects already in place in rights-of-way, community solar arrays, and near cooperative headquarter buildings. The Wisconsin Electric Cooperative Association has been working since 2016 with the Sand County Foundation to encourage monarch habitat restoration efforts.

The National Rural Electric Cooperative Association recently announced the cancellation of all programs through June 24, including the NRECA Youth Tour, to the nation’s capital due to the COVID-19 pandemic.
The agenda for the young representatives from Wisconsin’s electric cooperatives included leadership training; basic education in the cooperative business model; visits to museums, historic sites, and national monuments; and meetings with congressional representatives
and staff.
Thirteen students from 11 electric co-ops in Wisconsin were planning to make the trip in June.

Dairyland Power Cooperative and Minnesota Power are proposing air cooling as an alternative to water cooling for the 625 MW Nemadji Trail Energy Center, which is a combined cycle natural gas facility planned for construction in Superior.
The design change to air cooling was made in response to community concerns and eliminates the need for high-capacity water wells for the facility, and offers other benefits including erosion control. According to Dairyland, air cooling is a proven technology that eliminates the use of water for cooling and significantly reduces wastewater discharge.
The Nemadji Trail Energy Center will allow for an expansion of renewable energy by providing reliable back-up to intermittent sources of power, such as wind and solar.
In a rare move, the Minnesota Supreme Court has agreed to review a lower court decision ordering an environmental review of the Wisconsin site. The Nemadji Trail Energy Center is scheduled to be in service by 2025.