Steve Johnson Selected to Serve on WECA Board 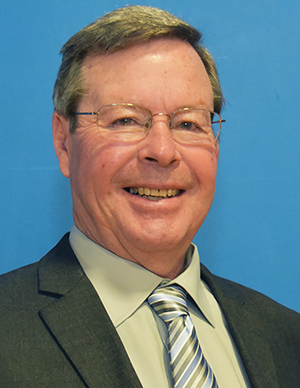 The Wisconsin Electric Cooperative Association (WECA) board has selected Chippewa Valley Electric Cooperative Director Steve Johnson to represent District 3. The seat was vacated by Diane Zimmerman, who reached her term limit. No persons were nominated at the WECA’s virtual annual meeting in November, so the board identified several interested persons through outreach. In remarks to the board, Johnson advocated for broadband expansion.

In spite of the push from electric utility groups, Congress declined to include the Flexible Financing for Rural America proposal in the latest $900 billion stimulus/omnibus spending package. The bipartisan measure would allow electric cooperatives to refinance existing RUS loans to take advantage of lower interest rates, without paying a penalty, saving Wisconsin electric cooperatives more than $22 million per year in interest.

Wisconsin Senators Tammy Baldwin and Ron Johnson were among those pushing for the refinancing option on behalf of Wisconsin’s electric cooperatives, and the proposal is not dead yet. It could still be passed as a stand-alone bill.

The stimulus package does include direct payments of $600 per person and $600 per child (income limit of $150,000 per household). It also includes $25 billion in rental assistance which can also be used to pay utility bills, and it extends and simplifies the Paycheck Protection Program (PPP), allowing utility bills paid with PPP funds to be forgiven.

The bill also includes a package of energy provisions, including the EASE Act, a $75 million grant program for municipal and electric co-ops to deploy energy storage and microgrids.

Jay Porter has resigned from Adams-Columbia Electric Cooperative, effective December 21, 2020, according to the Adams-Columbia board. Porter served less than five years in the position of general manager, which he started on June 16, 2016.

John West is serving as interim general manager as the board launches a search to replace Porter. West worked as chief financial officer at Adams-Columbia before his retirement last year.

In 2016, Porter replaced Marty Hillert, who retired after 19 years with Adams-Columbia. Prior to joining Adams-Columbia, Porter served as general manager/CEO at Mille Lacs Energy Cooperative. He also worked for We Energies, American Transmission Company, and Great River Energy.

Electric cooperatives across the country participated in the Federal Communications Commission’s (FCC) Rural Digital Opportunity Fund, and won the right to deploy broadband to nearly 1 million areas across the country at a cost of $1.6 billion. Winning bidders will extend service to more than 900,000 locations in 31 states, including Wisconsin.

Winning bidders must file a detailed long-form application with the FCC, which must include deployment plans specific to their awards and areas to be served. Bidders are required to provide minimum speeds of 25 megabits per second for downloads and 3 Mbps for uploads.

The Wisconsin Public Service Commission (PSC) is encouraging utilities to offer electric vehicle charging programs to help people transition to electric vehicles. The regulators have discussed mandatory programs, but instead voted for a framework for voluntary programs. Groups representing the fossil fuel industry, convenience stores, and ethanol producers questioned the PSC’s authority to require such programs.

Lack of charging infrastructure and “range anxiety” are the most frequently cited barriers to EV adoption, followed by cost and public awareness. EVs make up less than 1 percent of cars on the road in Wisconsin, but the popularity is growing. As more utilities increase renewables and retire coal plants, the transportation sector has become the single largest source of carbon dioxide pollution in country.

Most of Wisconsin’s electric cooperatives, which are not regulated by the PSC, recently signed on to participate in the “Charge EV” program, installing public EV chargers and offering in-home chargers for purchase.