Hathaway, Dunn Energy CEO since 1994, was presented with the ACE (Ally of Cooperative Electrification) Award, WECA’s highest honor, given for exemplary service above and beyond the standards of routine job performance.

Remarks submitted in support of his nomination cited Hathaway’s focus on the needs and interests of the co-op membership, the respect of his fellow co-op leaders, and his skills in the public policy arena.

The annual award is Brevig’s third in a row. She also captured the Leifer in 2014.

Burke, Dairyland’s safety manager for power delivery, is this year’s winner of the Herman C. Potthast Award for exceptional performance in the job-training and safety of electric utility workers. Burke was praised for promoting a culture of safety at Dairyland, where he’s responsible for safety education, training, and incident prevention.

The award is named after the training master who led the development of electric utility safety programs in Wisconsin and nationwide beginning in the 1940s. 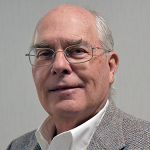 Board elections regularly occur in July, but Orf (at right) was elected at the annual meeting to fill a vacancy created when Derrick Oberle, also of St. Croix Electric, resigned after accepting employment outside Wisconsin.

The board oversees policy decisions and activities of the statewide association representing Wisconsin’s 25 electric cooperatives.

A former Minnesota co-op manager took over in November from St. Croix Electric Cooperative President and CEO Mark Pendergast, who retired after serving in the position since 1993.

Brian Zelenak had been CEO and general manager of Aitkin, Minnesota-based Mille Lacs Energy Cooperative since 2016.

Wisconsin is one of ten states with the highest percentage of homes—between 10 and 25 percent—relying on propane as their primary space-heating fuel, EIA statistics show. As recently as the winter of 2014, tight supplies affected by extreme cold weather and limited pipeline capacity had propane suppliers and state officials scrambling to meet demand.