Wisconsin electric cooperatives, in partnership with the Federated Rural Electric Insurance Exchange, have launched another safety awareness effort. “What Lies Beneath” is an educational video that urges people to call before they dig on their properties, noting it could save a life. Nationwide, there are 20 million miles of electrical lines buried underground, and one is damaged every six minutes. 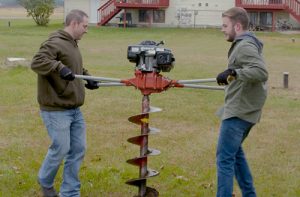 “Digging without knowing where electrical lines are located is extremely dangerous, and it happens far too often,” said Lynn Thompson, Eau Claire Energy Cooperative CEO. “Our hope is that this video will serve as a reminder that a little pre-planning can be the difference between life or death.”

As summer nears, the video is a good reminder for anyone planning projects such as planting a tree, installing a new fence or mailbox, digging a trench, or doing any project that involves digging with hand tools or power equipment, that they risk contact with underground lines, and are required by law to call 811, or Diggers Hotline, before they begin. The video can be viewed at https://www.weca.coop/what-lies-beneath. 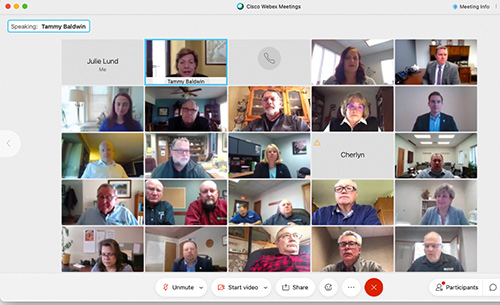 The virtual format proved to be an asset in some ways, as members of the delegation were able to multi-task with legislative duties, including stepping away for a committee vote. Still, the hope is that by next year, they will be able to hold these meetings again in-person.

Most of the original participating co-ops are in Wisconsin.

More information can be found at www.charge.coop.

Gallagher was also receptive to the idea that electric cooperatives can help serve as the bridge to bring high-speed internet to a visiting population that can work and play throughout Door County.

In spite of widespread support for its role in promoting clean energy initiatives, environmental groups filed a lawsuit against the Army Corps of Engineers in federal court over the permitting of the proposed Cardinal-Hickory Creek Transmission line. The groups claim the Corps unlawfully authorized the project after botching its environmental review.

In the lawsuit, the National Wildlife Refuge Association and others argue that the Corps’ February 2020 approval of the $500 million Cardinal-Hickory Creek Project with nationwide and regional permits violates the National Environmental Policy Act because the agency failed to take a “hard look” at alternatives.

The high-voltage electrical line is a joint project of the American Transmission Company, ITC Midwest, and the Dairyland Power Cooperative. Construction is already underway on the line’s Iowa segment, according to ATC. The 102-mile 345-kV line will run from Madison to near Dubuque, and is expected to be in service in 2023.