Proposal in Congress Could Save Millions for Electric Cooperatives

Bipartisan members of Congress have proposed the Flexible Financing for Rural America Act, which would allow electric cooperatives and small rural telecom providers to refinance their Rural Utilities Service (RUS) debt at lower interest rates.
The measure is intended to support rural communities and critical infrastructure providers in response to the COVID-19 pandemic and would amount to approximately $2 million per year in savings for the average rural electric cooperative.
The bill was introduced in the Senate and companion legislation was introduced in the House. Representative Ron Kind (D-Wisconsin) has been in communication with the Wisconsin Electric Cooperative Association about the impact of the pandemic on electric cooperatives, and has signed on to support the measure. 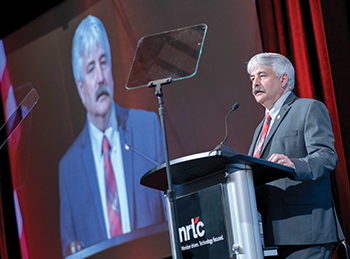 Governor Tony Evers announced the creation of the Governor’s Task Force on Broadband Access, aimed at increasing access to reliable broadband across the state. Shannon Clark, CEO & general manager of Richland Electric Cooperative, is among those named to the committee.
Clark has been instrumental in efforts to help electric cooperatives navigate the process of bringing broadband to more of their members.
The Task Force will bring recommendations and strategies related to broadband expansion in underserved areas to the governor by June 30, 2021. 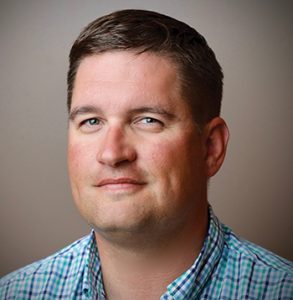 East Central Energy’s board of directors announced the selection of Justin Jahnz to serve as the co-op’s next president and CEO. Jahnz previously served as manager of energy services & strategic projects at the co-op. He replaces Steve Shurts, who retires August 3.
Jahnz is the fifth president/CEO in the co-op’s 84 years of service.
Jahnz has 20 years of experience in the electrical industry, including 12 at East Central Energy. He has served on planning teams for Great River Energy and the National Rural Electric Cooperative Association, has also been an industry leader in the promotion of electric vehicles, and has developed many strategic projects in the area of load growth to benefit members.

The extension of persons working from home due to the pandemic, in combination with a solid heat wave in July, means higher electric bills for many people across the country. According to analyst estimates and the U.S. Department of Energy, summer power bills will be up about 25 percent due to people stuck at home because they’re either unemployed or working remotely and depending on air conditioners during this blistering hot summer.
In spite of the current heat wave, U.S. electricity consumption is expected to be down by a record 4.3 percent in 2020 due to coronavirus-linked lockdowns, according to the U.S. Energy Information Administration (EIA).
EIA projected total U.S. power demand will drop to 3,730 billion kilowatt hours (kWh) in 2020 from 3,896 billion kWh in 2019 before rising to 3,785 billion kWh in 2021. That compares with an all-time high of 4,003 billion kWh in 2018, according to federal data going back to 1949.
If power consumption falls as expected in 2020, it would be the first time since 2012 that total demand declines for two consecutive years.

All Wisconsin high school students and current college freshmen (2019–2020) whose primary residence is served by an electric cooperative are eligible to enter the 2020 WECA Essay Contest, which offers cash scholarships of $1,000, $500, and $250 for the top three winners.
Students interested in entering the contest must submit a 600- to 1,200-word essay in response to a question related to electric cooperatives and youth involvement. Entries must be postmarked by August 26, 2020. For more information, click here or contact Tina Walden at tina@weca.coop.