“I want to be a famous pop star,” my 8-year-old daughter announced one day. “What do I need to do?”
“Well, you should probably take some singing lessons,” I answered.
“Ugh! No. I’m not doing that,” she replied. And that was the last I heard of her grand, future plan. It’s not unlike the common approach to climate change. Sometimes it feels like it’s over before it begins.

According to many state, national, and international surveys, and you could argue the last presidential election in the United States, most people believe climate change is real, and support efforts to fight it. A recent Pew research survey of the United States, Europe, and Asia found 72 percent of people are “somewhat” or “very” concerned about climate change, and in the United States, 89% said they are willing to make changes to how they live and work to help reduce the effects. Of that 89%, 30% chose “a lot,” 44% chose “some,” and 15% noted they’d make “a few” changes.

But actions are louder than words. “Controversial Wind Farm Scrapped” reads a recent headline referring to the Sugar River Wind Project proposal in Jefferson County, Wisconsin, which prompted opposition from dozens of nearby homeowners. Some of them said they are not anti-wind; they just don’t think wind farms belong close to residences.

“Leeward Renewable Energy Cancels Highland Wind Farm project in Town of Forest” reads another headline from last November. This project, which had been in the works since 2008, attracted fierce opposition from the local community.

“We are relieved and gratified that the Highland Wind Farm project has been stopped, once and for all. We thank the leadership of Leeward for doing the right thing for our community, but also for the environment,” said Jaime Junker, chair of the Forest Town Board, in response to the news that the project was dead.

Meeting the climate change goals of the Biden Administration requires an ambitious, expansive, and expedient build-out of wind and solar projects, at a rate in which this country, and this region, have never seen before. Last month President Joe Biden signed an executive order ramping up his previous climate change goal and calling for 100 percent of carbon pollution-free electricity by 2030 “at least half of which must be locally supplied clean energy to meet 24/7 demand.” And a human-scale look at wind and solar expansion shows the Midwest is key. 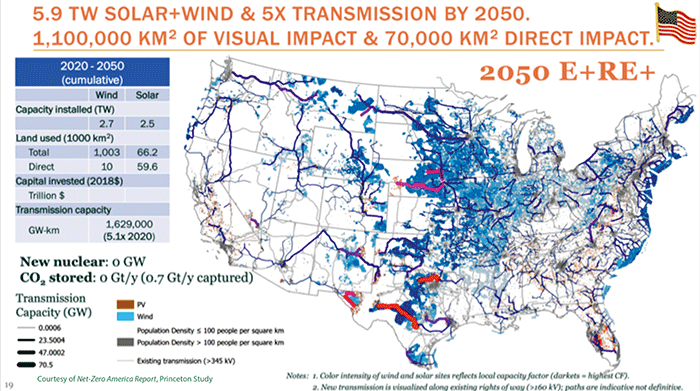 Over the course of two years, 18 researchers worked to produce the Princeton Study: Net Zero America, which takes a deep dive into what it would take to reach net zero, in real-life scenarios. The study maps out five different pathways that, if implemented, would meet the net-zero goal by 2050. Each scenario includes a major expansion of wind and solar energy, and there are variations for expansion of nuclear, biomass, carbon storage, and natural gas.

“We made an effort to make it really visceral—what it would mean to get to net-zero emissions for the United States across not just the electricity sector, but all sectors,” Eric Larson, one of the Princeton study authors told attendees at the Wisconsin Electric Cooperative Association annual meeting recently. 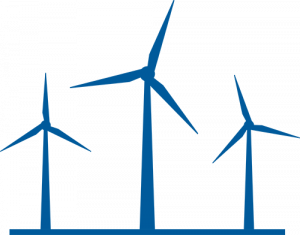 Looking at the logistics, Larson and his team mapped out where the wind and solar expansion would be most logical. They eliminated areas across the country where building is unlikely to be allowed, including dense urban areas, national parks, prime agricultural land, and other environmentally sensitive areas. Using a least-cost algorithm, they came up with several maps, including the one posted above, that show dense wind farm expansion in the Midwest and Wisconsin, and significant off-shore wind installations on the east coast.

The opposition to new wind farms in Wisconsin is even more significant when you look at the stalled progress in adding clean energy generation in the state. The current capacity from wind is roughly 746 MW in Wisconsin, enough to power only 172,000 homes, and just a fraction of what is able to be produced in neighboring states. Minnesota, for example, has more than five times the capacity of Wisconsin. The abandoned Sugar River and Highland projects were two of just a handful of utility-scale wind farms that have been proposed in Wisconsin over the past decade.

“We made an effort to make it really visceral—what it would mean to get to net-zero emissions for the United States across not just the electricity sector, but all sectors,”

Wind farm opponents say aesthetics and potential health concerns (discounted by wind proponents) are the key reasons they don’t want wind farms in their areas, but building utility-scale solar arrays is often an uphill battle as well. “Stop Koshkonong Solar” signs can be seen dotting the landscape east of Madison, where many in the Cambridge community are fighting a proposed 300-megawatt solar farm that would span 2,400 acres and power almost 80,000 households on a sunny day. If built, it will be the largest solar farm in Wisconsin, and would double the state’s solar capacity. While that sounds promising, the current capacity is only 1 percent. Four of the five Princeton study scenarios would require 50 percent capacity from wind and solar by 2050. Even with the Koshkonong project, Wisconsin has a very long way to go. 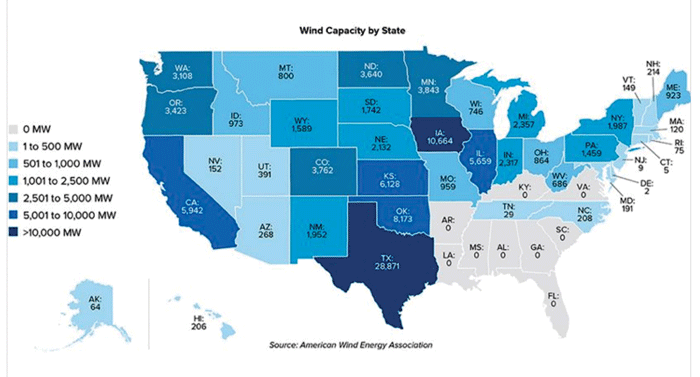 Further complicating the barriers to new wind and solar projects, is the difficult process of building new high-voltage transmission lines to get the clean energy from the places where it is abundant to the areas that need it. Dairyland Power Cooperative’s 345-kilovolt Cardinal-Hickory Creek transmission line is now under construction after years of planning, but it is still facing legal challenges from environmental groups.

“The southern Wisconsin energy market is in flux right now,” a project manager of one of those wind farms said in 2020.

Larson said the Princeton Study concludes that it is possible to reach the net-zero goals, but he adds, “If we’re not able to gain and sustain social license from the general public and all sectors of society, it’ll be difficult to move forward in all of this,” and he adds that “we’ll need to start yesterday if we’re going to be successful.”

Considering the grand goal and the ground-level resistance, it seems about as likely as hearing my daughter on the radio someday. —Julie Lund