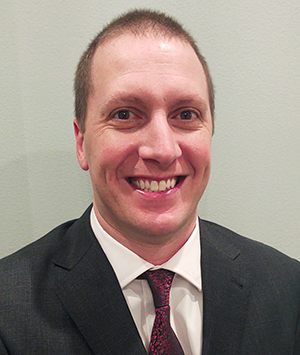 The Jump River Electric Cooperative (JREC) board of directors has announced Kurt Harris will take the helm as the next head of the cooperative in May 2022. Harris stepped into the position of assistant general manager in November, working closely with Interim General Manager Mike Schaefer. Schaefer has served as interim general manager since last spring after former General Manager Jim Anderson accepted a new position.

Harris has been with Jump River Electric since 2005. He started as an apprentice lineman and later earned his journeyman’s license. Harris’ experience also includes serving as a meter technician/lineman and general foreman. He served as the co-op’s operations manager before his promotion to assistant general manager.

The Intergovernmental Panel on Climate Change (IPCC) issued its latest dire report, predicting that temperatures on Earth will exceed a key danger point unless greenhouse gas emissions are reduced faster than what countries have committed to. U.N. Secretary-General Antonio Guterres said the report reveals “a litany of broken climate promises” by governments and corporations.

The report says with current climate pledges we are on track to increase emissions globally by 14%. It also says to limit warming to the 1.5-degree Celsius goal set in the accord, we need to cut global emissions in half by 2030 from 2019 levels, and methane emissions must be cut by one-third.

The IPCC report’s co-chair, James Skea of Imperial College London, said: “If we continue acting as we are now, we’re not even going to limit warming to 2 degrees, never mind 1.5 degrees.”

Biden says said his budget sends a “clear message that we value fiscal responsibility, safety and security at home and around the world, and the investments needed to continue our equitable growth and build a better America.”

The proposed budget now goes to Congress for consideration.

The White House recently revealed the federal government has detected and secretly removed malware from computer networks around the world that could have led to a Russian attack on vital infrastructure including pipelines, the grid, and financial networks.

Attorney General Merrick Garland said the action by the Federal Bureau of Investigation (FBI) is the latest effort to prevent a major cyber operation that could strike a blow at the American economy in retaliation for sanctions on Russia over the war in Ukraine.

The malware can be used for surveillance or destructive attacks. A court order allows the FBI to remove the malware, even from private computer networks and sometimes without the company’s knowledge.

Broadband Maps to be Complete by Fall

Federal Communications Commission Chair Jessica Rosenworcel recently told the House Committee on Energy and Commerce that updated broadband maps will be done by this fall. Accurate mapping will ensure grant funds are awarded to projects that extend service to unserved and underserved areas of the country.

The maps are mandated by the Broadband DATA Act and are essential for determining how to distribute federal broadband dollars. Completing updated maps has proven difficult following a host of delays.
After the maps are completed, stakeholders will have the opportunity to examine the accuracy of the maps.

In a letter to WEM during the rulemaking process, Wisconsin Electric Cooperative Association (WECA) Vice President of Operations Tim Clay wrote, “Fulfilling this requirement in a disaster can be cumbersome and ties up human resources that would be better utilized for other recovery efforts.”

A cooperative still must meet a per capita damage threshold as a primary consideration for funds, which is duplicative of an official emergency declaration.