Wisconsin’s $92 million Help for Homeowners Program will provide financial assistance for mortgage payments, property tax bills, utility and internet bills for people who have
experienced financial hardship due to the pandemic.

Homeowners who have experienced a “qualified financial hardship” since January 21, 2020, and earn a household income at or below 100 percent of the area median income (basically anything at or below average income in the area) are eligible to apply. Homeowners without a mortgage who meet income requirements may also be eligible for assistance to pay bills.

There is also still time to apply for utility assistance under the WIHEAP program. Residents can call
800-506-5596 or go to Energybenefit.wi.gov. The deadline to apply is May 15. Those facing disconnection can apply for crisis funds through September 1, 2022. See more information on page 19.

Dairyland Power Cooperative announced it has entered into a partnership to explore nuclear technology, which would support both the renewable energy transition and energy independence.

Dairyland has entered into an agreement with NuScale to explore the deployment of NuScale’s advanced small modular reactor technology. According to the memorandum of understanding, the two will collaborate to evaluate the potential deployment of the nuclear technology and support Dairyland’s
due diligence process in evaluating affordable, reliable, and carbon-free energy solutions.

“Dairyland is examining carbon-free power supply technologies including NuScale’s small modular reactor nuclear plants,” said Brent Ridge, Dairyland president and CEO. “This agreement provides Dairyland an opportunity to explore this technology and evaluate whether it might be a viable long-term alternative to provide our members with safe, reliable, and cost-effective electricity in a lower carbon future.”

Nuclear energy production emits no greenhouse gases and its expansion has bipartisan support as one pathway to reaching emissions-cutting goals to combat climate change. 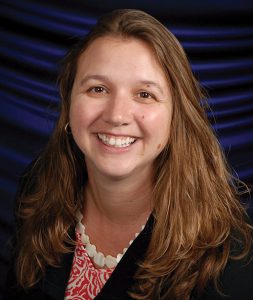 The Board of Directors of Eau Claire Energy Cooperative has announced the appointment of Monica Obrycki as the co-op’s next chief executive officer. She will succeed Lynn Thompson, who is retiring in May after serving as CEO since 2009.

A new tool aims to alleviate renewable development conflicts by identifying which areas would be hardest on wildlife habitat. The Nature Conservancy has developed the “Site Renewables Right” online tool that it says identifies land where wind and solar energy can be developed with the least impact on sensitive habitats. The group said by analyzing wildlife habitat and land use data, it identified 1.8 million
useable acres in Wisconsin (about 5 percent of total land) that would have minimal impact.

Rather than showing the most eligible areas, the tool identifies which spaces should be avoided. The mapping shows most of the northern half of Wisconsin and a wide swath on both sides of the Mississippi River as areas not optimal for renewable development. 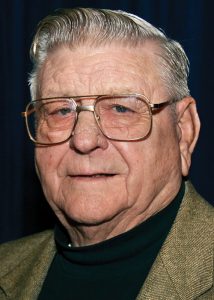 Clyde Shipman, a longtime Chippewa Valley Electric Cooperative director, passed away at Mayo Clinic Health System in Eau Claire on February 9. He was 88. Shipman served on the board for nearly 26 years, including many years as secretary-treasurer. He is remembered as a strong supporter of the co-op, WECA, and his community as a whole and will be greatly missed by those who knew him.

Born in New Auburn, Shipman served in the Air Force for 20 years, retiring as a Master Sergeant. He was a farmer for 20 years and also worked for several agriculture-based businesses.

He was preceded in death by his wife of 63 years, Marian, who passed away in 2019. Shipman is survived by their five sons, 19 grandchildren, 18 great-grandchildren, and many other family members and friends.