Some Wisconsin electric co-ops are ringing in the new year with new managers at the helm. 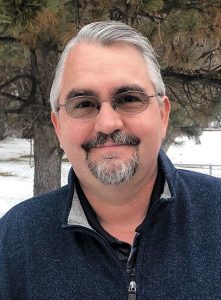 Taylor Electric:   Kenneth Ceaglske is the new president & CEO of Taylor Electric Cooperative, effective January 3. For the past eight years, Ken served as general manager at Niobrara Electric Association in Lusk, Wyoming. Previous to that he worked in the transmission operations area of Great River Energy in Elk River, Minnesota, and held various positions at East Central Energy in Braham, Minnesota. His past service also includes 13 years on the City Council for the City of Braham, Minnesota, with three years as mayor.

Ken takes over for Michael Schaefer, who retired after 37 years with Taylor Electric. Schaefer started as office manager in July 1982, and served as president/CEO since June 1992. 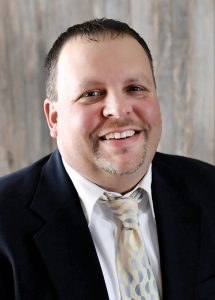 Dunn Energy:  Jesse Singerhouse takes the helm as the new CEO and general manager at Dunn Energy. Singerhouse is a longtime employee of the co-op, having served for more than 20 years, most recently as manager of administrative and member services.

A Menomonie native, Jesse still lives on the family farm he grew up, and now operates the fifth-generation family farm. His great grandfather, Fred Williamson, worked as a rural electrician who helped bring power to many farms and homes during the beginning of the rural electrification program almost 80 years ago.

He worked his way up at Dunn Energy, beginning as an intern during college. At the University of Wisconsin-River Falls, he earned a bachelor’s degree in agriculture education and an MBA in business management.

Singerhouse takes over for James Hathaway, who retired after about 30 years of leadership at Dunn Energy Cooperative. Hathaway took home the statewide’s highest honor in 2018, the ACE (Ally of Cooperative Electrification) Award. Hathaway’s energy industry career includes service to the Federal Energy Regulatory Commission and later the Rural Electrification Administration. He joined Dunn Energy in 1990 as its finance manager, and took on the role of general manager and CEO in 1994.

Storms said to be “Worst in 18 years”

Parts of Wisconsin, mainly in the north and west near the snowbelt, were hit with back-to-back winter storms in the days before and after Thanksgiving that resulted in three feet or more of heavy, wet snow.

“Due to the combination of heavy snow and high winds, I rate this storm as the worst in 18 years just for difficulty in access,” said Robert Cornell, manager of Washington Island Electric Cooperative.

Cornell says the heavy, wet snow weighed down trees and branches, which not only led to outages, but also made access extremely difficult for those working to restore power.

Essay submissions were based on information presented at the WECA Youth Leadership Congress. Scholarship awards will be paid to the winning entrants upon proof of registration at any accredited college, university, or technical school. 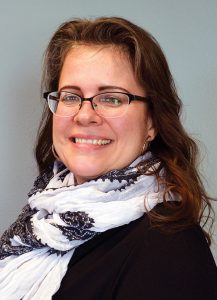 Jennifer Taylor joined the Wisconsin Electric Cooperative Association this week as the new executive assistant. Jennifer is a Watertown native and a 1995 graduate of UW-Madison. She brings years of administrative experience to the position, and as an artist, she also brings creativity and the ability to assist with visual media. Jennifer lives in Madison with her husband, David, and two cats.

Smaller utilities, some of which are near critical infrastructure, are being targeted by international hackers in what is likely an ongoing campaign. The Federal Bureau of Investigation has contacted some of the affected utilities, which include Wisconsin Rapids Water Works and Lighting Commission, Cloverland Electric Cooperative in the Upper Peninsula of Michigan, and Basin Electric Power Cooperative, a North Dakota utility which provides wholesale electricity to 141 electric cooperatives in nine states.

According to the Wall Street Journal, Hong Kong-based hackers are targeting smaller utilities in what’s being called the “Lookback” cyberattacks, which were identified by researchers at a Silicon Valley cybersecurity company. The hackers use “phishing” emails that, if opened, may install malware on utility computers. None of the identified attempts to breach information have been successful.

Matt Stormoen, information systems administrator at Wisconsin Rapids Water Works and Lighting Commission, says the FBI contacted the municipal utility in October suggesting it may have been targeted early in 2019. Stormoen says the Commission is now blocking all network traffic, including email, to and from Hong Kong.