Richard succeeds Beata Wierzba, who had held the position since 2003. She accepted a position with the National Rural Electric Cooperative Association.

Richard comes to WECA from the position of senior director of government relations for the Farm Bureau. His pre-Farm Bureau resumé includes 15 years’ experience as a legislative aide in the Wisconsin State Assembly and state Senate, including a stint as an aide to Freese when he was a member of the Assembly between 1991 and 2007.

Married with two children, Richard holds a degree in history from UW-Platteville and resides near Sauk City.

A longtime Vernon Electric Cooperative employee was named successor to Joe McDonald, who has served as the co-op’s CEO/general manager for the past nine years. Craig Buros, currently Vernon Electric’s director of operations and engineering, will assume CEO duties in mid-February, when McDonald retires.

Buros has worked at Vernon Electric for 16 years. He began his career there in 1993 as a temporary engineering assistant and groundman. 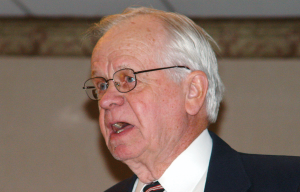 Bob Bergland, who served three terms in the House of Representatives from Minnesota, as U.S. Agriculture Secretary during the Carter administration, and later as vice president and general manager of the National Rural Electric Cooperative Association, died Sunday, December 9, at a care facility in Roseau, Minnesota. He was 90.

Bergland was first elected to Congress in 1970 and served there until he was appointed by President Jimmy Carter in 1977 to head the Agriculture Department. After Carter was defeated in the 1980 election, Bergland moved on from the Agriculture Department to the presidency of Farmland-Eaton World Trade, and in 1984 assumed leadership of the nationwide electric co-op organization. He retired from NRECA in 1994.

Saying his administration will “bring science back to decision-making in Wisconsin,” Governor-elect Tony Evers on Monday identified the members of an Agriculture, Energy, and Natural Resources Policy Advisory Council, which he said will work “directly with my transition team to ensure we’re tackling these issues head-on.”

Listed among the members are Brian Rude of Dairyland Power Cooperative and Dan Smith, CEO of Cooperative Network.

Among others on the 25-member council whose names will be familiar through past government service and policy advocacy work: Lauren Azar, former member of the Wisconsin Public Service Commission and Federal Energy Regulatory Commission; Spencer Black, former member of the state Assembly; David Clausen, former president of the Natural Resources Board; Tyler Huebner of RENEW Wisconsin; and Mark Redsten of Clean Wisconsin.

The Environmental Protection Agency (EPA) and Department of the Army jointly proposed a rewritten regulation defining “waters of the United States” subject to Clean Water Act jurisdiction, and narrowing the Obama-administration definition that would have expanded federal regulatory authority to nearly the entire landmass of many U.S. states.

The 2015 regulation met with lawsuits from agricultural, utility, and manufacturing organizations along with 28 of the 50 states. The new proposal is the next-to-last phase of a two-step process to replace it. After publication in the Federal Register, a 60-day public comment period will follow, after which the rule can be finalized.

A statement from the agencies said they were “proposing a clear, understandable, and implementable definition of ‘waters of the United States’ that clarifies federal authority under the Clean Water Act.”

the statement said, adding that the new language exempts

“features that only contain water during or in response to rainfall (e.g., ephemeral features); groundwater; many ditches, including most roadside or farm ditches; prior converted cropland; stormwater control features; and waste treatment systems.”