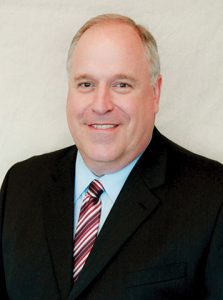 Several times these past couple of years I’ve delivered updates on what’s been happening with the monarch butterfly and the decline of other pollinator species in North America. These are obvious concerns from the standpoint of environmental quality; less obvious but very real is our concern over the effect reduced butterfly numbers could have on rural utility operations.

The unfortunate fact is the monarch population east of the Rocky Mountains has declined by more than 80 percent over the past 20 years. Earlier this year, there was better news. A survey by Monarchwatch.org found that the area in central Mexico occupied by North America’s migrating monarchs was 10 times larger than at its lowest point, in the winter of 2013–14. The organization estimates 127 million monarchs are wintering there. Still, the area is only one-third the size of the territory they occupied a little more than 20 years ago.

The United States Fish & Wildlife Service (FWS) has been petitioned to list monarchs as a threatened species under the Endangered Species Act (ESA). Sometime in June the FWS is expected to issue its decision and there’s a strong likelihood the butterflies will be listed as threatened.

The Wisconsin Electric Cooperative Association (WECA) has been active in trying to stem the decline by joining the Wisconsin Monarch Collaborative, which involves more than 40 organizations. A few with a strong presence in rural Wisconsin include the Wisconsin Farm Bureau, Sand County Foundation, and the UW-Extension. The collaborative is working on a strategy to implement from this year through 2038 to help the pollinators recover, and there are goals for almost every part of Wisconsin. 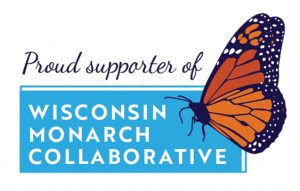 The strategy involves agricultural and urban land, protected land, and rights-of-way to help in the recovery. Three broad goals are being developed for transportation and utility rights-of-way (ROW). Overall goals are for 46,000 acres of ROW habitat, so we have our work cut out for us. Goal One is to identify best management practices for improving monarch and pollinator habitat in ROW areas. Goal Two is to implement those practices. Goal Three is to increase collaboration among landowners, natural resource experts, volunteers, industry representatives, and decision-makers resulting in successful statewide ROW monarch and pollinator initiatives.

We’ll need to facilitate creation of partnerships between electric cooperatives and the Wisconsin Departments of Transportation and Natural Resources as well as groups like Pheasants Forever, cranberry growers, and the American Transmission Company, just to name a few. This will allow for groups that have rarely worked together on any project to make a positive difference.

Each of you reading this column can help as well, if you’re preparing to plant a garden this spring. You can add plants that will aid recovery of the monarch. Part of the collaborative is an Outreach Working Group and it’s created a variety of resources for supporters to share. For additional information on how you personally can make a difference, visit weca.coop Or click here