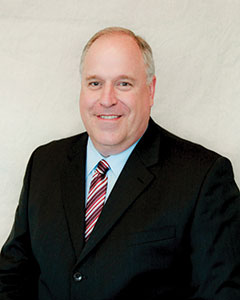 Regular readers will know we make frequent reference to “seven cooperative principles” that amount to a set of characteristics spelling out the kind of organization it’s hoped every co-op will strive to be. With the arrival of March, we head into the season when the majority of Wisconsin’s electric cooperatives carry out the most visible expression of Cooperative Principle Number Two: Democratic Member Control.

Every member is encouraged to attend their co-op’s annual meeting. While a handful of these take place in the summer and fall, most—continuing the old historical custom established when the details of rural life were necessarily arranged in deference to the agricultural calendar—are held after winter is losing its grip but before spring is fully in the saddle.

By statute law and cooperative bylaws, the annual meeting is where the principle of democratic member control plays out in the most fundamental way.

The members, who in fact own the cooperative, elect from among their ranks the people who will represent the entire membership on the co-op board of directors. It is this board that hires and holds accountable the co-op management. The board elections, in turn, are the mechanism by which the membership holds the board accountable.

In this setting, no single member has any greater say than any other in the operations and policies of the cooperative because they all have equal voting rights: one membership, one vote.

The opportunity for direct participation in co-op governance by every member is something to be taken seriously. It’s an opportunity to reward good performance and to correct its opposite. Any likelihood that the latter might need to be addressed is diminished when members participate, rather than stand passively on the sidelines.

While the primary mission of every cooperative is to focus on meeting specific needs of its member-owners, that doesn’t mean the organization’s activities are fenced in, closed to the interests of the broader community. Co-ops are also frequently involved in assisting the economic development needs of the communities they serve.

Decisions on how and when to do that are made by the management and the directors elected at the annual meeting. This plays into two additional cooperative principles: Concern for Community, and Members’ Economic Participation.

I’m often amazed at the power for good an electric cooperative can bring to a community, from funding scholarships for local students to supporting the establishment and growth of local businesses, to assisting in recovery from severe weather events. Cooperatives energize a lot more than just wires.

To find out how true that really is, spend an hour or two this spring and see for yourself at your electric cooperative’s annual meeting.