The term “energy efficiency” can cause confusion. Some see it as a way to a cleaner environment. Others see extra expense and inconvenience.

Sorting out those views gets even more complicated as technology gives us a dizzying array of choices for using electricity, from smart thermostats to varieties of light bulbs.

The basic idea of energy efficiency is simple—use less energy to do the same amount of work, which can save you money on your electric bills.

Here’s where it starts getting confusing. Sometimes you have to pay more for something that’s considered energy efficient. It costs more upfront but actually saves money in the long run. That may sound illogical at first, like the old phrase, “You have to spend money to make money.” But it makes sense after you think about it for a minute—most moneymaking projects require an initial upfront investment, whether it’s a factory or a lemonade stand.

Pay a little now, save a lot later 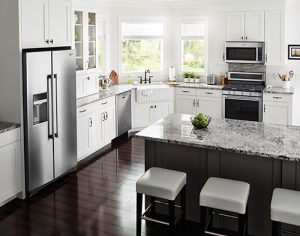 According to the U.S. Department of Energy, ENERGY STAR®-rated appliances can save you 10% to 50% of the energy required for standard models that don’t receive the ENERGY STAR® sticker. Photo courtesy of Maytag

From computers to major appliances, manufacturers are increasing the energy efficiency of their products. According to the U.S. Department of Energy, ENERGY STAR®-rated appliances can save you 10% to 50% of the energy required for standard models that don’t receive the ENERGY STAR® sticker. Considering most major appliances last 10 years, those savings can stack up over time.

There’s even more savings in store by replacing older appliances that weren’t built with today’s efficiency standards in mind. Improvements in refrigerators are cutting their energy use in half about every 15 years. So, if your fridge is more than 20 years old, replacing it with a new high-efficiency model could save you $300 in operating costs over the next five years.

“Smart power strips” also show how spending now on efficiency can make money in the future. Keeping your phone charger and other electronic devices plugged in can consume electricity even after they’re fully charged or not in use. A smart power strip cuts off the electricity once charging is complete. A smart strip costs about $40, and depending on your electric rates and how much charging you do, it could save as much as $40 a year on your electric bills, recovering your initial investment almost right away.

Another example of returns on energy efficiency investments comes from the world of real estate. Realtors will be the first to tell you that energy efficiency sells houses. If you’re in the market to sell, spending a little extra on insulation and efficient appliances increases resale value.

Light bulbs offer the most dramatic story of efficiency technology improvements. By spending $5 to $10 on an LED bulb (compared to about $1 for an old incandescent), you get a product that uses 75% less electricity and, incidentally, can last 20 years compared to about a year for an incandescent bulb. The Department of Energy estimates the average home could save more than $200 a year by replacing incandescent bulbs with LEDs.

Maybe the best news of all is that as efficient products improve and gain popularity, they’re not always more expensive. Many cheaper appliance models have similar annual operating costs compared with the pricier versions. 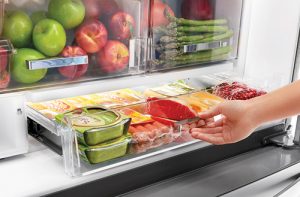 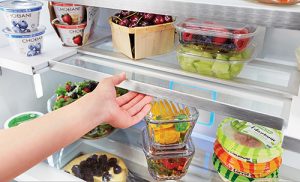 Efficiency improvements in refrigerators are cutting their energy use in half about every 15 years. If your fridge is more than 20 years old, replacing it with a new high-efficiency model could save you $300 in operating costs over the next five years. Photos courtesy of Whirlpool

Two key tips for turning energy efficiency into dollars are to know what you want from your energy use and to do your homework. Products come with a wide range of features that cost extra and may actually be less efficient—do you want a refrigerator that offers the best efficiency, or do you want to pay more for a less-efficient model that has an ice dispenser in the door?

And ask for help. Your local electric co-op has energy experts who can tell you how to make the best use of electricity. To compare efficiency among appliances, look for the yellow Energy Guide label, which shows information like estimated annual operating costs. Visit the energy.gov website for online calculators and additional resources that can help you turn efficiency data into real savings on your energy bills.