Back when I was in college in 1980, I was elected to the Jamestown Town Board in southern Grant County. We monitored the national census very closely. Preliminary numbers indicated we had a sizable population drop that was going to affect the amount of shared revenue we would receive over the next 10 years. A big hit is hard to take, especially for small towns and villages. We took matters into our own hands and decided to do our own headcount. I’m so glad we did.
I was the youngest town supervisor by far, and I spent my summer break from college going door to door, making sure every person was counted. We found that in two large census block areas that encompassed two mobile home parks, people were not counted. This is just one example of how having inaccurate census numbers could have resulted in losses for the entire community, which I will outline below.
The purpose of the census is to make sure every person is counted, whether you live in the United States, one of the five U.S. territories, or near our nation’s capital in the District of Columbia. The census is laid out in Article 1, Section 2 of the United States Constitution, and it mandates our country count the people living in it every 10 years. As residents of this great country, we are required by law to do our part and complete the census, but that’s not the only reason to make this a priority. An accurate and complete count is critical for our communities. It establishes the very basis for allocating the number of members of Congress each state is granted to represent its interests. Moreover, it affects the allocation of seats in every form of government that serves the people of our state and the nation. 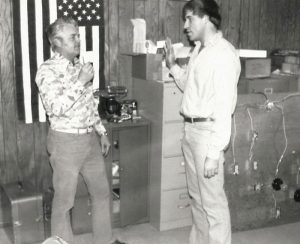 If this is not reason enough for us to participate in the count, here is another one: Money budgeted to support our communities—including funding for fire, police, and schools—is generally allocated by the number of people who live in the community. The state of Wisconsin, aside from assorted categorical aides, also allocates money to our local units of government based on the number of people who live in the municipality. Shared Revenue Program (county and municipal aid and utility aid) is a significant avenue of support for all towns, villages, cities, and counties in Wisconsin and it is based on a per capita reimbursement to each of them. In 2018–19, this aid was the sixth-largest general fund in Wisconsin and distributed almost $750 million to our communities.
Wisconsin’s practice of sharing state taxes with local governments dates back to 1911, when a share of the new state income tax was earmarked for local governments to compensate them for property tax exemptions enacted at the same time. This is a significant revenue stream for the 1,851 municipalities and our 72 counties, and we have a critical role to play to ensure an accurate count.
“Concern for Community” is the 7th cooperative principle and one that we live by every day. Our concern for community drives us to make sure everyone is counted, and we receive fair representation and financial allocation. This year the decisions we make and the effect on our friends and neighbors is even more apparent. As you know, 2020 is an election year and also a census year. All of us need to take part in both events. I and members of WECA staff received our census questionnaires in the mail in the middle of March, so please check your mail and fill it out. This is the year to make it count, just like we did back in 1980.