At 94 years young, Rowetta Freese’s memory is not as good as it once was, but she remembers the day when, as a 5-year-old girl growing up near Henryetta, Oklahoma, she was playing in the yard of her family’s sparse home with her twin sister. A black car came racing down the road and screeched to halt in front of the ramshackle home she shared with her parents and nine siblings. A well-dressed man hopped out, asked the girls which way to go to get to Henryetta, then tossed them a bag of money and shouted a plea that when the pursuing sheriff arrives, they point him in opposite direction.

So they did. Turns out that well-dressed man was Pretty Boy Floyd, hot off of a bank robbery, or so the story goes.

It’s the kind of tall tale that family folklore is made of, but if true, the notorious outlaw lived up to his Robin Hood reputation in sharing the wealth with those less fortunate. Floyd is alleged to have burned loan documents during robberies to free poor people of their debt. Rowetta’s family didn’t have much debt, but they had a whole lot of poor.

“I had one dress. One cotton dress,” Rowetta recalls of her childhood. “Every day I would come home from school and wash it and get it ready to wear again the next day.” 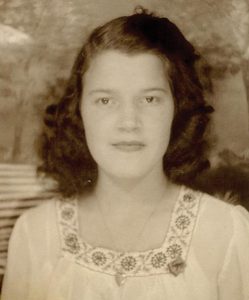 Rowetta’s father worked overnights in the nearby Blackstone Coal Mine to support his family, who all helped out to keep food on the table. As a child, Rowetta picked strawberries for three cents a quart, but even with all hands on deck, there was no money left. They never bought new clothes or toys at the store, and they grew much of their own food.

In spite of the financial difficulties, Rowetta remembers her childhood as a happy one. It’s a world away from 2021 Wisconsin, where many families are faced with making money-saving sacrifices like they have never had to make before.

“Save from the top,” Rowetta recalls her father teaching her as a child, and shares it now as her best advice for anyone trying to work their way toward a better future, which she knows a lot about. “Save from the top,” she says, means put money in savings, and pay your bills before you spend on anything you don’t need. It’s a practice she and her husband followed, which eventually allowed them to buy a family farm in Grant County, Wisconsin, in cash. In 1958, they became members of the Grant Electric Cooperative, now Scenic Rivers Energy Cooperative, and powered up the farm for the first time. They raised their family in southern Grant County (which for the record includes son Stephen, who currently serves as president and CEO of the Wisconsin Electric Cooperative Association). She also worked for 11 years slicing bacon at the Dubuque Packing Company, putting away whatever she could. 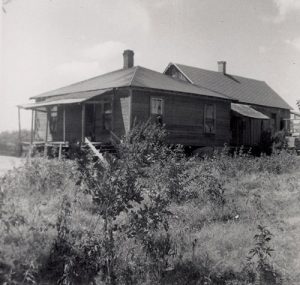 “I guess I’m a saver,” Rowetta says with a smile.

Economists see a silver lining in the struggle brought on by the pandemic, in that everyone HAD to learn to live a little differently. Amid the stress, supply-chain shortages, and stay-at-home orders, we learned that everything we had to have a year ago, might not be as important today. This forced compliance helps to prompt a transition to a more “circular economy,” which means spend less, re-use more. Waste less, save more.

It’s an approach some researchers are considering on a global scale as the potential key to economic recovery, not just for families, but businesses and industry as well.

“Given that many business models have been disrupted anyway, why not use this as a chance to re-build with a circular economy business framework in mind?” says Anne Terlaak, associate professor at the UW-Madison School of Business. “In a way, COVID has provided an opportunity to break out of a trajectory that previously was difficult to depart from.”

Professor Steven Deller, UW-Madison Department of Agricultural and Applied Economics, says another potential positive for rural Wisconsin is that the future economic impact from the pandemic will be more about where we live and work than what we do, since the pandemic has opened up the world of work-from-home.

“This is why so many Wisconsin communities are looking at ‘place making’ as a development strategy: Make our community as attractive to people as possible, get people to move into our community, then economic growth and development will follow,” Deller says.

That’s a concept Zach Mannheimer of McClure Engineering Company in Iowa has been behind for years. Speaking at the Wisconsin Electric Cooperative Association meeting in November 2019, he urged co-op leaders to seize opportunities to help grow rural communities. “Innovation is rural, and now is the time,” he said. Broadband expansion is key, and with that, rural areas have a wealth of resources to attract more people and build their economy, even post-pandemic.

“You can lead the charge, because you’ve done it before,” Mannheimer said, speaking of the rural electrification, fueled by co-ops. “You did this in 1936. Let’s do it again.”

Beyond communities and families, the global benefit of a circular economy is very green, according to researchers and environmentalists, since moving away from the “buy-use-throw” mentality not only saves money, but also reduces our carbon footprint.

Climate change was not something that coal-miner’s daughter thought much about back in Oklahoma so many decades ago, when they did homework using “coal oil lights” and looked forward to winter because “when it got cold we got to have shoes.”

Growing up with so little, today Rowetta feels she has a lot. “I love my family,” she explains. When asked if she could wish for one thing, anything she wanted, she replied, “To stay healthy.”

Particularly for the Xbox, Nike Air, Lululemon, iPhone-obsessed kids of today, a transition to a “less is more” approach at an organic-level circular economy may seem unrealistic, and far-fetched. Kind of like that Pretty Boy Floyd story.

Until you consider this. Rowetta was born near Henryetta, Oklahoma, in 1926. Floyd was well into his life of crime by then, a wanted man, facing many charges in many states. In 1930 he was actually arrested and charged following a bank robbery in Ohio and sentenced to 12 to 15 years in prison.

In November of 1931, Floyd’s gang was suspected of robbing the Farmers and Merchants Bank in Boley, Oklahoma. Boley is 30 miles from Henryetta.

Rowetta’s childhood home falls in between the two towns. She was 5 years old at the time.

Maybe it isn’t so far-fetched after all. —Julie Lund