Just in time for back to school, there’s a nervous excitement in the air. Those lined up to board the big yellow bus are full of anticipation—optimistic, yet a little apprehensive. Change is hard, after all. 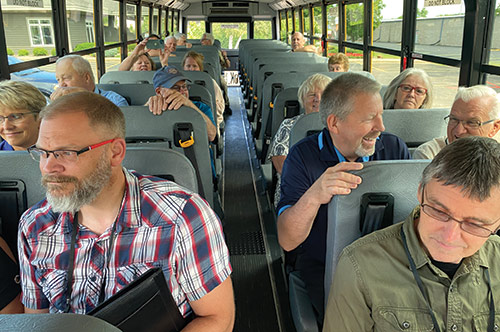 It looks like your typical yellow school bus, but instead of giddy kids on the way to the first day of school, this bus is filled with Wisconsin electric co-op leaders attending Wisconsin Electric Cooperative Association’s (WECA) Energy Issues Summit in Eau Claire. They were evaluating the feasibility of replacing traditional diesel buses with an electric school bus like this one in school districts in rural Wisconsin.

But these aren’t kids embarking on a new year of school. Instead, these are electric cooperative leaders attending WECA’s Energy Issues Summit in Eau Claire, taking a ride on a new all-electric school bus to see if they are a reasonable and realistic option for Wisconsin schools.

Fueling the potential transition is the option for free or nearly free electric buses, courtesy of the $5 billion “Clean School Bus Program.” Funded by the Bipartisan Infrastructure Law, the Environmental Protection Agency (EPA) is currently reviewing applications. It will grant at least $500 million to cover the cost of new electric buses to help expedite a transition to a cleaner transportation sector. School buses are the nation’s largest mode of transportation, and transportation is the largest contributor of dirty emissions. 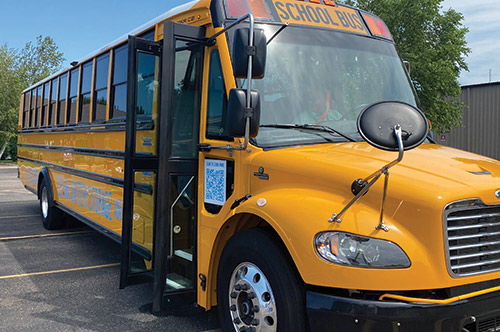 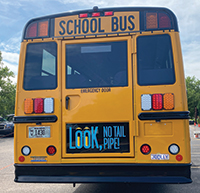 An electric school bus is typical of a regular school bus in most ways; however, the side of this bus reads “All Electric! 226 kWh Battery Storage” and “Look, No Tail Pipe.”

“The EPA’s Midwest region is leading the country in the number of applications,” said Anthony Maietta, EPA representative for Region 5, which includes Wisconsin, Illinois, Minnesota, Michigan, Ohio, and Indiana. Just days before the August 19 deadline for the first round of funding, the EPA had already received more than 1,500 applications seeking more than $1 billion in funds for no-emission or low-emissions buses from across the country. More than 49 of Wisconsin’s 464 districts had applied as of August 15.

Under the program, the EPA reimburses “priority” applicants up to $375,000 per electric bus for up to 25 buses, plus up to $20,000 per bus for charging infrastructure. Rural, tribal, high-need, and low-income districts get priority funding. Non-priority districts may qualify for up to $250,000 per electric bus and $13,000 for charging infrastructure. Districts may also be eligible for funding for new low-emission compressed natural gas buses (up to $45,000) and propane buses (up to $30,000). In addition, districts granted funding must use the money to replace a diesel bus that is in service in its fleet. 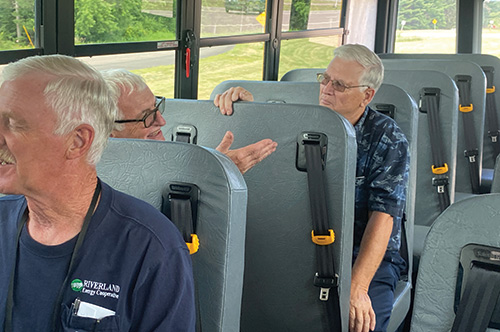 “I loved it. I thought it was great,” Kristi Hanson, Jackson Electric Cooperative board director, said after hopping off the bus. “What a great opportunity for us to try new things and see where we can partner with our community to make improvements.”

“I couldn’t tell it was electric, except for the lack of diesel smell,” added Judy Anibas of Eau Claire Energy Cooperative.

The kids like the clean air in the electric buses, too, according to presenters at the Energy Issues Summit, where the audience peppered the panel with questions about range anxiety, cold weather complications, and battery replacement costs.

“Some of the numbers that we’re already seeing from around the country when it comes to maintenance costs, owning and operating diesel buses is somewhere around 54-55 cents per mile, and with electric buses, the numbers are around 17-19 cents per mile, and of course, you don’t have the emissions leaking out into the atmosphere,” Stallman said. Electric buses have lower maintenance costs because they do not require fuel, oil, or filter changes, belt replacements, or have issues with after-treatment components, which are required to reduce emissions in diesel engines. 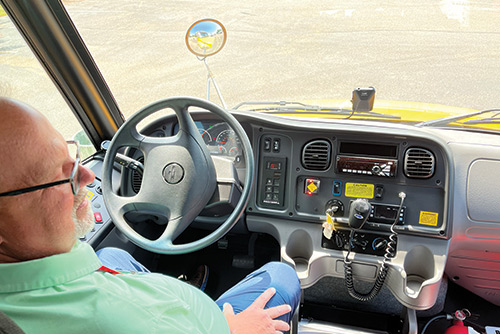 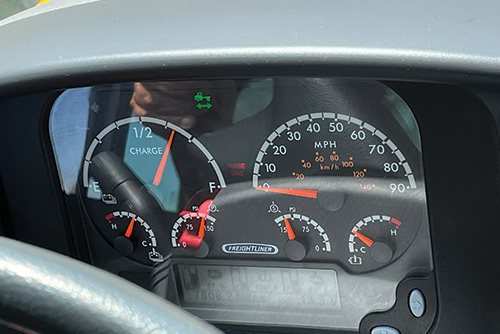 The driver’s view and dashboard resemble a regular bus; however, the fuel gauge conveys a little more than a half “charge.”

“It’s hard to say” how much battery replacement will cost in coming years due to supply-chain woes and other cost fluctuations, the panel said, with one rep offering his best guess of $40-$50,000. Thomas Built Buses offers an eight-year, 175,000-mile warranty on its electric bus batteries and estimates they will last 11 years without degradation.

As for range, Stallman said the Minnesota pilot shows the electric bus runs about 100 miles per charge and recharges in about three hours. But technology is changing rapidly, and the electric school buses of today are already improving on that. According to Greg Webb of Thomas Built Buses, their latest bus, the Jouley, goes 138 miles on a single charge, more than enough to cover the average 35-50 mile school bus route.

Of the greatest concerns for potential electric bus buyers and parents is safety and how well bus batteries will hold up in a cold Wisconsin winter. According to Webb, the Jouley has two water coolant heaters—one that heats the battery pack, which is computer-monitored to maintain a 70-degree temperature, and one that heats the bus cabin. While admitting extreme cold can impact any vehicle, Webb said they have received feedback from a school district customer in Alaska who claims the electric bus performs better than diesel in the cold.

The biggest challenge to converting to an electric fleet, or even a single bus, is the cost. An electric school bus can cost three to four times as much as a diesel school bus, which runs around $150,000. But with the funding under the Clean School Bus Program, school districts, tribal organizations, contractors, or government entities that operate school buses can apply for the $5 billion in funds, which will be dispersed over the next five years, so the best time to get on board may be right now.

Back at the Energy Summit electric bus test rides, Pierce Pepin Cooperative Services Board Chair Roger Wiff’s initial reaction was surprise. “It was cool, but when did the seats get so small and close together?” he said.

While the cost, technology, power system, sound, smell, and impact on the environment of the electric school buses are all very different from classic diesel buses, the size and capacity are about the same.