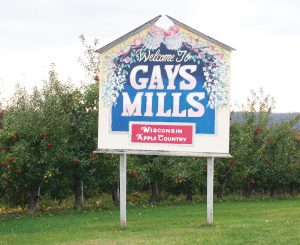 This publication has long had an affinity for the apple orchards that line the ridge along Highway 171 just outside of Gays Mills in Southwest Wisconsin. After all, our histories are uniquely entwined. Legend has it that the very seed for the Wisconsin REA News was planted during a meeting under an apple tree in one of these orchards in 1940.

Seventy-seven years later, both the orchard and the publication are still very fruitful, although neither resembles its 1940 form. The Rosa Orchard at which the fabled meeting took place is now part of Sunrise Orchard, and the Wisconsin REA News has evolved into the Wisconsin Energy Cooperative News that you’re reading today. 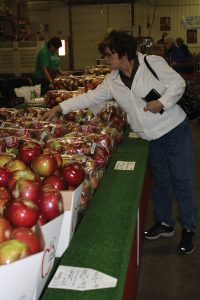 And this is the place to go if you want to take home some apples. The village of Gays Mills in Crawford County calls itself the Apple Capital of Wisconsin for good reason. The ridge along Highway 171 is dotted with seven orchards that collectively produce more than 30 varieties of apples. They also produce caramel apples, apple cider, apple donuts, apple pie, apple butter, and countless other apple treats.

“Each orchard does something a little different. They’ve all got their specialties,” said Terre Van Haren, retail manager at Hillcrest Orchard and a spokesperson for the Orchard Ridge Business Association, made up of the Gays Mills apple orchards plus a pie eatery, a gift and coffee shop, and a bar and grill, all located along Highway 171.

For example, one orchard is organic, one offers a pick-your-own option, and a couple others have an on-site bakery. A commonality, Van Haren pointed out, is that all the Orchard Ridge businesses are family owned and operated. 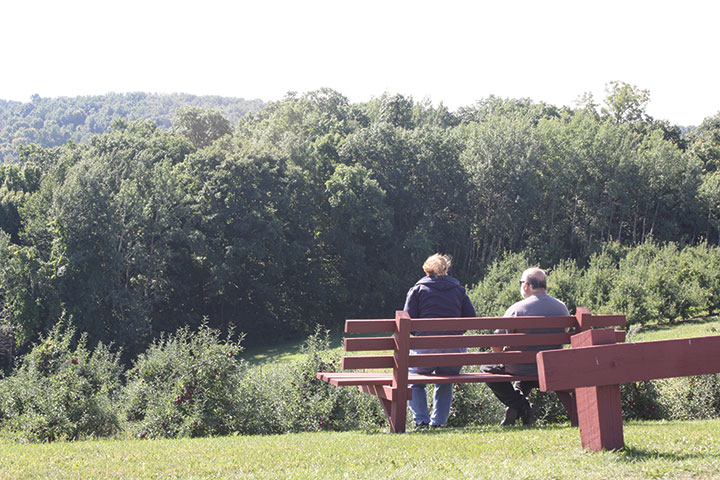 Each fall the Gays Mills orchards attract tour buses from all over the country as well as hordes of devoted apple aficionados from Wisconsin and neighboring states. These visitors come not just for the delicious apples, but for the whole fall experience. They’ll find their fill of apples and apple products here, but they can also stock up on pumpkins, squash, and other fall produce; gourds, Indian corn, and other fall decorating items; and honey, maple syrup, relishes, and other local products. 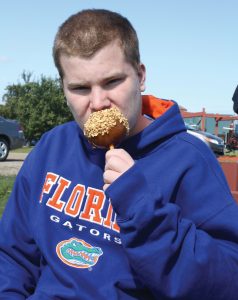 Families can also enjoy other fall attractions offered at the various orchards throughout the season, including pumpkin patches, petting zoos, a corn maze, and even a sunflower maze. If you visit on the weekend of September 22–24 you can take in the many activities of the annual Gays Mills Apple Fest, when the village celebrates the apple harvest with parades, carnivals, arts and crafts, flea markets, music, dancing, and other festivities.

In addition, some orchards offer their own events throughout the season, such as family fun days and harvest celebrations.

100-Plus Years of Apples

Apples have been thriving as a commercial product in Gays Mills for more than 100 years, thanks to the ideal conditions in the Kickapoo River Valley. According to a historical marker near the village, in 1905 John Hays and Ben Twining collected apples from eight or 10 farmers around Gays Mills for exhibit at the State Fair. They won first prize and went on to capture first honors in a national apple show in New York. This experience prompted the Wisconsin State Horticultural Society to urge a project of trial orchards around the state to interest growers in commercial production. One such site was a five-acre orchard planted on the ridge in Gays Mills. This orchard grew so robustly that in 1911 an organization was formed in Gays Mills to promote the apple industry. 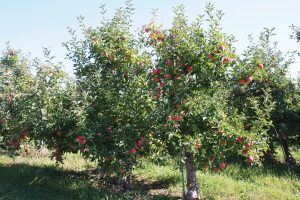 The same conditions that launched the apple industry here more than a century ago have protected the crop through challenging weather conditions through the years, including the unseasonably warm spring and subsequent late freeze that decimated much of the state’s apple crop five years ago. While other orchards reported vastly reduced yields that year, as the trees had developed early buds that were then killed off by an April freeze, the Gays Mills orchards kept going strong.

Crawford County Agriculture Extension Agent Vance Haugen explained that year that the Kickapoo Valley, along with the Wisconsin and Mississippi Valleys, provides a micro climate that eases the temperature extremes in these areas. This unique topography makes for perfect apple-growing conditions that have made Gays Mills a mecca for apple lovers for many years.

This year, however, the orchards have had little need for the special protection the valley offers. Van Haren reported that the Gays Mills orchards have experienced a near-perfect growing season, with lots of rain that has helped bring the apples to a good size.

Visit the ridge and see for yourself. You can take in a little bit of history and a whole lot of apples. 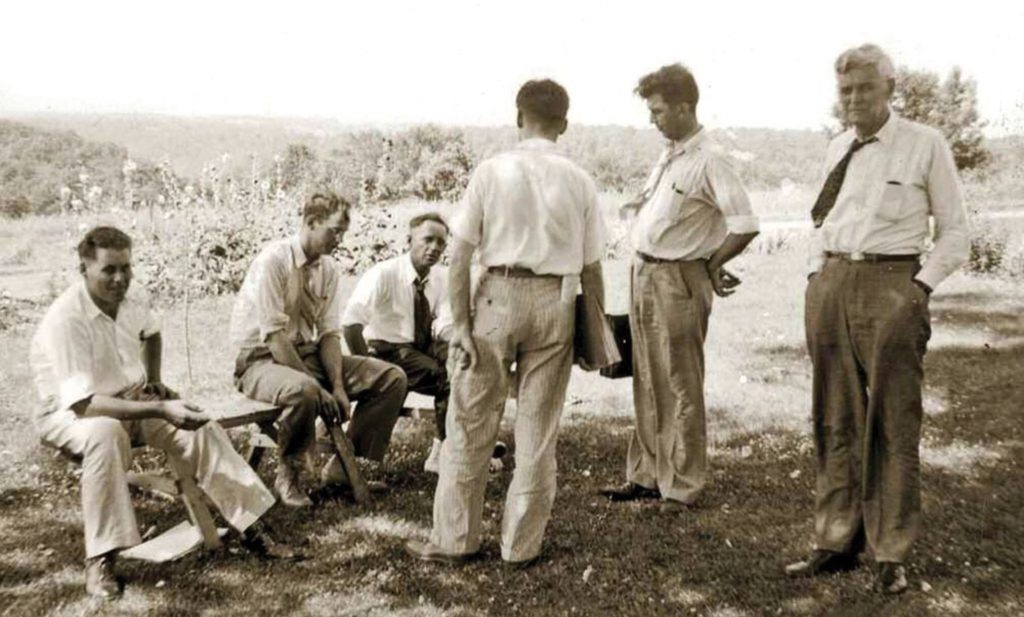 The key players in the formation of the Wisconsin REA News met in a Gays Mills apple orchard in April 1940 to discuss the need for a statewide consumer publication that would address the public-relations challenges the fledgling electric cooperatives were facing from investor-owned power companies. Left to right are Cliff Hooverson, manager of Crawford Electric Cooperative; Bill Thomas, general manager of the state REC association; N.F. Leifer, manager of Vernon Electric Co-op; Clyde Newsomb, manager of Grant Electric Co-op; Harvey Schermerhorn, co-owner and editor of the Grant County Independent, who would go on to serve as the Wisconsin REA News’ first editor; and Charles Rosa, president and co-owner of the Independent and owner of the Rosa Orchard.