Hunter Fortney had his heart set on a career as a lineworker. He was ready to do whatever it took to make that happen, even if it meant he had to move away from his hometown of Gays Mills for a while. He was 20 years old in 2017 when he put his dream in motion and enrolled in a nine-month course at Southwest Wisconsin Technical College in Fennimore. 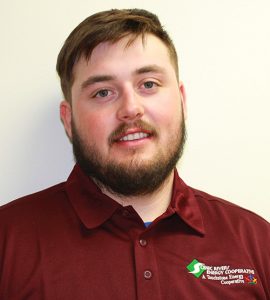 “The general education coming from Southwest Tech was very beneficial because I got my feet wet in the trade, and I was able to use that in my apprenticeship,” Fortney said. “It was very beneficial for me. I wasn’t just starting from scratch. I had a great baseline.”
Fortney is one of about 400 students who have gone through the program since it started in 2011. Joe Randall is a former lineman and the lead Electrical Power Distribution instructor for the program. He keeps in contact with most of his students, including Fortney, after they complete the rigorous nine-month course.

And for students like Fortney, that hands-on learning is key. “I’m a very visual learner. I can read, read, read, and still not gain as much knowledge as when I’m actually doing the work. Hands-on training is critical.” 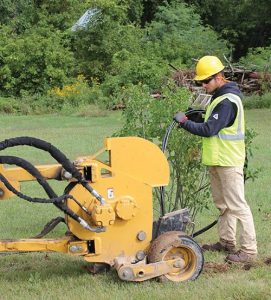 But real-life training requires actual equipment, and that can be expensive and hard to come by, especially now with the added challenge of supply chain issues. So to help ensure the program has what it needs, Randy Larson, MEUW electric utility safety & training coordinator and journeyman lineman, put out the call for donations. Some municipal utilities and electric cooperatives, including Oakdale Electric Cooperative, stepped up and pitched in. Larson delivered cables, transformers, pad-mounted transformers, junction boxes, etc. Students got to work almost immediately, learning how to put powerlines in the ground.

“It helps us train our students in that actual type of world because more and more things are going in the ground now and not up in the air,” Randall said. “And it’s hard to buy these things because it’s really pricey and very hard to get right now. The things we got were not brand new, but they don’t need to be. They served our purpose perfectly.”

“It’s so important to support training programs like this one, because they are laying the foundation for our workforce of the future,” said Oakdale General Manager and CEO Chris Tackmann. “Equipment that is older or unusable to us is still very valuable to them, and we are happy to help.” 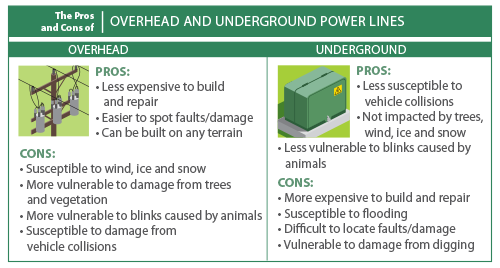 “These donations support the underground distribution power field program, which is a great addition to any sort of underground utility training for utilities such as cable, fiber, and electric,” Larson said.

As thankful as Randall is for what they’ve received, there is still more they need. “We could use anything that deals with three-phase metering, three-phase services, three-phase power, secondary services. That would all be very helpful,” he said. “But we appreciate it all. This cooperation from co-ops is extremely important because it means we have their support, and it helps us actually take a student and make them better trained, which is beneficial because they could potentially be working for a co-op down the road.”

While many industries are struggling to find skilled workers to fill jobs, Randall says their program is going strong, and the training is just as in-demand as it was pre-pandemic. 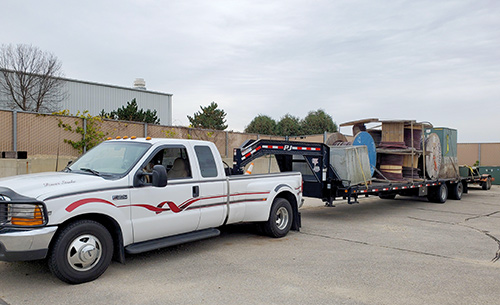 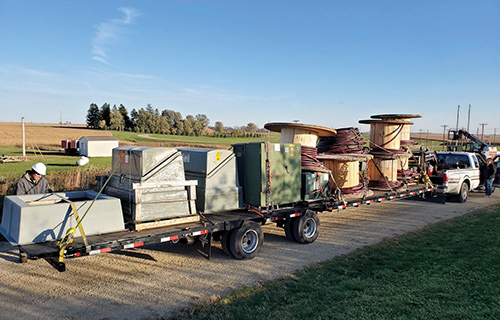 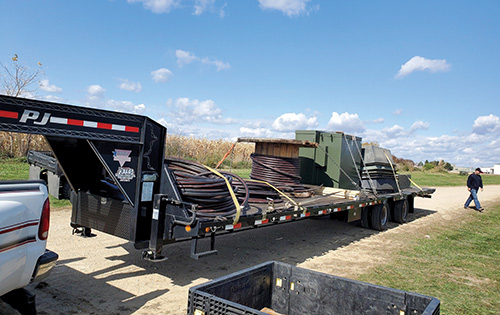 Loads of donated supplies are dropped off at Southwest Technical College in
Fennimore for the training program.

“Our waitlist has not gone down. It’s actually gotten longer,” he said. “It has not gone down since I got here in 2015.” The current wait to get into the program, according to Randall, is well over a year. And he says those who complete the program have no problem finding jobs.

Such was the case for Fortney, who worked briefly for an underground contractor after completing the program at Southwest Tech. Then, in July of 2018, he was hired on at Scenic Rivers Energy Cooperative, where he became a full-time apprentice the following November.

“I love it,” Fortney said. “I didn’t for one second think that I would be in the position that I’m in right now—just eight days away from taking the journeyman’s test.” And he didn’t even have to leave the Wisconsin region where he grew up.

“This is my dream job, to work in the area where I was born and raised,” he said. “I feel very fortunate. I love it.”—Julie Lund