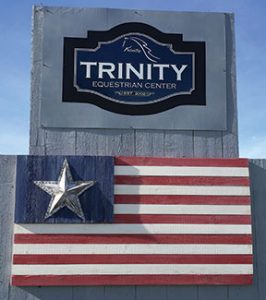 Even now there are people who remember when some of the world’s most formidable militaries routinely used horses to transport equipment and uncommonly, to carry troops in battle. And while it’s true that when the cavalry rides in today, it’s mounted on armored vehicles or aircraft aluminum, an organization served by Eau Claire Energy Cooperative is proving a horse can still be a soldier’s best friend.

Situated in the Town of Brunswick just southwest of Eau Claire and co-owned by Toni Mattson and her husband and sister, the Trinity Equestrian Center, a 2016 recipient of the American Red Cross Hero for Veterans Award, offers boarding, youth mentoring, therapeutic riding, equine-assisted therapy, veteran wellness programs, and corporate and team development workshops. 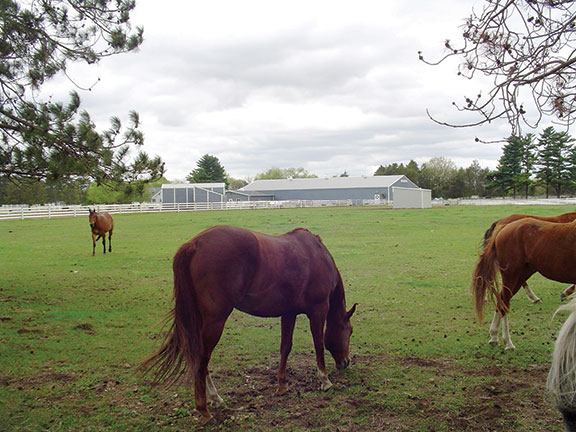 Equine therapy for troubled military veterans has been part of Trinity’s operations for 10 of its 15 years’ existence, and Trinity’s promotional materials say one of Toni Mattson’s “great passions” is to help other equine centers develop their own programs, as we quickly verified: When Wisconsin Energy Cooperative News caught up with her to talk about this story, we found her in New Mexico helping establish another equine therapy program for returning vets.

If you had all the money in the world… 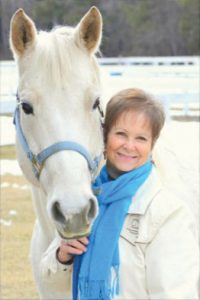 The path to establishing the remarkable specialty of using horses to heal minds in Eau Claire County followed a map pretty much drawn in Toni Mattson’s childhood. She and her sister, Toni told us, used to ask each other, “‘If you had all the money in world, what would you do?’ and we’d always say we’d own a horse ranch together and do all these cool things with horses.”

The ranch became reality in 2002. The veterans’ programming came later, but therapeutic aspects of human interaction with horses have been part of the picture at Trinity from the start.

By nature, horses have “a deep desire to connect with humans,” Toni says. However, “A horse won’t be around someone who has high anxiety or anger or negative energy. They feel safe when things are in balance and harmony. If vets deny they have anger issues, they can’t hide it when they’re with a horse.” This makes the animals “incredible treatment partners.” 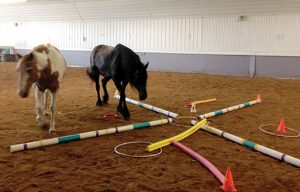 Our conversation with Toni and other research in preparing this story confirmed that what’s become widely known as post-traumatic stress disorder (PTSD) is just one condition that can be ameliorated with equine therapy. Helping people make friends with horses has yielded visible benefits confronting problems ranging from developmental disabilities and mental illnesses all the way down to court-ordered treatment to straighten out disorderly lifestyles. Two years ago, a local Eau Claire television news story described Trinity’s collaboration with an area hospital to help young people affected by autism.

The TV reporter quoted a doctor involved with the program saying interaction with horses proved to be such a powerful motivator that “we can really kind of use that to get some different skills or activities out of [the autistic children]that we can’t normally get.”

And there is no shortage of evidence that horse-based therapy can be credited with saving lives.

Trinity Equestrian Center is affiliated with EAGALA (Equine-Assisted Growth and Learning Association), a Utah-based group of specialists and therapists with more than 4,000 practitioners in some 50 countries. 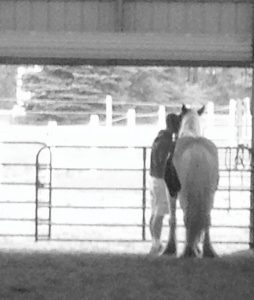 One veteran who is still participating in the program, a former Army Ranger and sniper, came to Trinity after his third suicide attempt. Toni characterized his attitude as, “I retired at the very pinnacle and I am nothing. I am hollow, I am empty, I have no reason to live.”

The absence of hope reflected in those words, she said, explains why suicide occurs frequently among U.S. veterans. “Vets come back having experienced horrendous things, seen and done things that violate their very definition of humanity, and they have shame and fear,” Toni said. “That is poisonous. We bring that out so they know they can be forgiven.”

Since Trinity connected the ranger with a horse, he has not attempted suicide and continues the difficult task of restoring hope and trust. In that, Toni says, “We’re asking them to do the hardest work of their life, and saying if you trust us we will do this together.”

It costs the veterans nothing “except the courage to ask for help,” Toni told us, saying Trinity has provided nearly 3,000 free therapy sessions. “We seek grants; we fundraise; we never charge our vets anything. The miracles that happen—it’s breathtaking. It’s the best work I’ve ever done and it’s by far the hardest work I’ve ever done.”

It’s work she may well have been destined to do for reasons more compelling than a childhood game with her sister. Many members of Toni’s family have served, and once, long ago, she awoke late at night and walked into the room where her father, a veteran beset by horrific World War II memories, was watching television. She approached from behind, startling him, and “he threw me onto the floor and put me in a chokehold,” she said. “I was looking into his eyes from six inches away and could see my father wasn’t in there.”

Within moments he snapped out of it, repenting, Toni recalled, but he sent her back to bed shouting that she mustn’t surprise him in that way.

We asked whether she was comfortable with us abridging her privacy and that of her late father by identifying him in such a personally painful story. The response: “People who deal with these problems need to understand this is common.”

But how do they know…

Horses are large, powerful animals that have bonded with humans over thousands of years, but the concept of a horse having the power to heal tormented minds is a few steps beyond what can be accepted without question. So we asked. How does a therapist know the treatment is working? How does the horse know what’s happening? 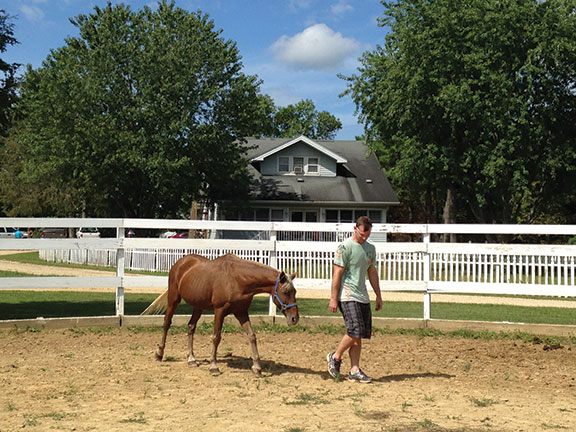 “In the wild and in their interactions with humans, horses have had to become perfectionists at reading body language in a manner that tells them whether a situation is safe or a risk,” Toni said, “and that is exactly the same thing our veterans do, were trained to do and still do; judge is it safe or isn’t it?”

If a veteran suffering from PTSD tries to conceal the problem, the horse will keep its distance, avoiding the person, she explained. A therapist makes it clear that the horse won’t trust the person until they stop denying and let go of negative feelings.

When therapy is working, veteran and animal “become very much in sync, nose to nose and shoulder to shoulder. I have them close their eyes and put their hands on the horse’s back and take deep breaths. When this is working, soon you see they’re breathing at the same pace,” Toni said. 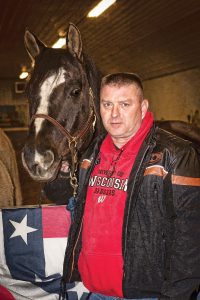 She described how an early client in the veterans’ therapy program had returned to college after his military service but was so disturbed by bad memories, he was constantly on edge, alert to anything out of place. “Even the scratching sounds of pencils on paper” so unnerved him, he had to write his exams in a separate room.

One day the veteran was in a therapy session outdoors and, being near a major highway intersection, there was traffic noise. “We had him breathing deeply with his hands on the horse when a semi-trailer approached the intersection and its tires made a loud noise on the rumble strips,” Toni said. “I thought this was going to upset everything but he didn’t move a muscle.” Asked later, the veteran said he’d never heard the truck at all.

In time his hypersensitivity was overcome. He finished school, graduated with honors, and now works as a financial planner.

In an email on Christmas Day 2014, a veteran thanked the Mattsons and their staff, writing, “I’m back to being the man I once was.” 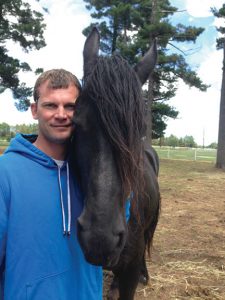 “This is the first Christmas in over a decade the thought of killing myself isn’t controlling my day,” he said.

Delay—something that may come naturally to people in need of help—is dangerous, Toni Mattson advises, “because nobody knows how close they are to falling into the abyss.”

“We have no waiting lists,” she says. “There’s no messing around. Clients do an evaluation and they’re receiving services the week after they call.”

More information about Trinity Equestrian Center’s Equine Therapy Program is available at http://www.trinity-ec.com, or by calling 715-835-4530, or email toni@trinity-ec.com. All photos courtesy of Toni Mattson.