As we look ahead to what 2017 may bring, electric cooperatives in Wisconsin and nationwide have some unfinished business on a number of issues with our policymakers in Washington D.C.  In one, high-profile instance, we had hoped that before its final adjournment last year, the 114th Congress would have taken the opportunity to extend the federal tax credit for installing energy-efficient geothermal heat pumps. Regrettably, this didn’t happen.

Most of you undoubtedly know a geothermal heat pump is the heart of a central system that transfers heat to or from the ground, taking advantage of steady underground temperatures. This shrinks the adjustment of ambient air temperatures necessary to meet indoor heating or cooling needs.

These devices offer an extremely efficient and basically very straightforward technology for rural energy users. The downside is that the initial capital cost is high, creating a significant economic barrier to rural household use. The tax credits that just expired at the end of last year were a significant help in offsetting the high initial costs of these systems for electric co-op members. 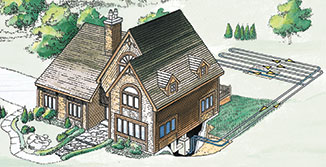 Late in 2015, Congress extended and established a gradual phase-out of the wind energy production tax credit and the solar investment tax credit. Unfortunately no such treatment was provided for the geothermal heat pump tax credit. Electric cooperatives had been working with members of Congress to extend—and now to revive—the recently expired credits for both residential and commercial geothermal heat pumps. We believe those systems deserve tax parity with other renewable energy sources like solar and wind. Without the credit, we will most likely find fewer co-op members interested in installing geothermal systems because of the cost.

Having been unable to spur congressional action during the brief, post-election lame-duck session we will be redoubling our efforts as the new, 115th Congress gets underway this month. It wasn’t a great surprise that not much of anything got done in the lame-duck session, given the shake-up in Washington resulting from the November elections. Fortunately, electric co-ops have allies among home builders, farmers, and people interested in promoting energy efficiency all across the United States. Each of these groups shares with us a common interest in the expired tax credits.

The geothermal tax credit had been in place since October of 2008. With a few exceptions, it was equal to 30 percent of the total system cost. Approximately 45 percent of electric cooperatives across the nation utilize geothermal technology in their energy efficiency programs, and we’ll work to restore the credit so co-ops can help more of their members install these pricey but marvelously efficient systems.

Lobbying efforts and persuasion by state and national cooperative organizations are two pieces of this puzzle. A third, equally important piece is the involvement of grassroots co-op members. Please don’t hesitate to speak up for making energy efficiency more affordable by asking your U.S. senators and member of congress to revive the expired tax credit for geothermal systems. 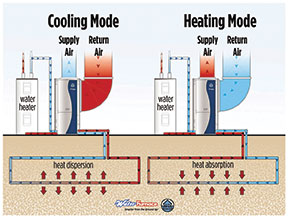