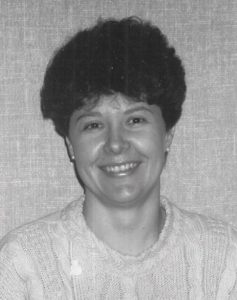 It was February 11, 1985, when a young Diane Berweger, armed with degrees in accounting and economics, walked into Bayfield Electric Cooperative for a job in billing and accounting and immediately felt at home.

“They all welcomed me with open arms, and I never forgot that,” Berweger recalled. Her career actually started with three years at an investor-owned utility. From the beginning, she recognized the cooperative world was a very different place.

“From the day I walked in, people shared information with me. There was a cohesiveness and a trust; we were a team that for me became a family,” Berweger said. “In the cooperative world, you always have someone to bounce things off of, if not at your co-op, in another office. We were all in it together.” 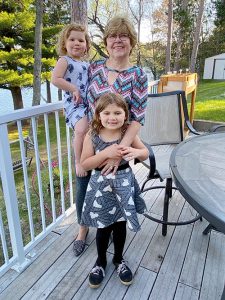 Diane Berweger and her grandchildren.

Berweger remembers sharing a single computer in the office and even sharing phones back in the day. She was promoted to director of finance in 1995, and on January 1, 2012, she took over as CEO. Last month, after 36 years, she packed up her desk and headed for retirement.

Over at Price Electric Cooperative, there is a similar transition taking place. It was 1960, the year Senator John F. Kennedy was elected president, when a teenaged Mike Zierer took a part-time job with the co-op, doing whatever they asked him to do.

“I really liked the co-op and the people,” Zierer recalled. “And I guess they liked me, so I stuck around.”

In 1962 he became the co-op’s first apprentice lineman. From there, he was promoted to crew foreman and then line superintendent. After a 41-year career he retired, then ran for the board where he served the co-op for another decade and a half. Those who worked with him say his institutional knowledge is invaluable.

“You can’t replace what Mike provides,” said Price Electric President and CEO Bill Caynor. “He was the cornerstone of our cooperative because of the experience and knowledge gained over a span of 56 years. He is from a strong, resilient generation that is leaving us every day.” 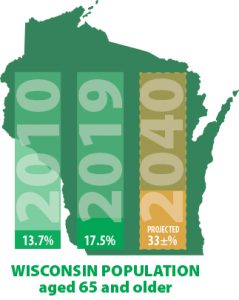 Electric cooperatives are not alone in experiencing the changing faces of the workforce, as more people with decades of institutional knowledge move on to the retirement phase, in greater numbers than that of younger workers looking to come in.

The number of retirements in the state is growing, while the number of persons entering the workforce is not. After peaking at 3.6 million in 2011, the state’s working-aged population has been flat, posing a serious problem for not only Wisconsin’s electric co-ops but all state employers and the economy as a whole.

“Five years ago, I would have said we have a skills gap problem, but now it’s not a skills gap, it’s a population gap,” said Wisconsin Manufacturers and Commerce CEO Kurt Bauer. “We just don’t have the bodies.”

Berweger said while finding skilled workers to hire was a challenge, getting them to stay was even more problematic. “In the co-op world, we try to promote from within, but to be honest, most of the young people we hired aren’t around anymore. And we pay better than most places.” 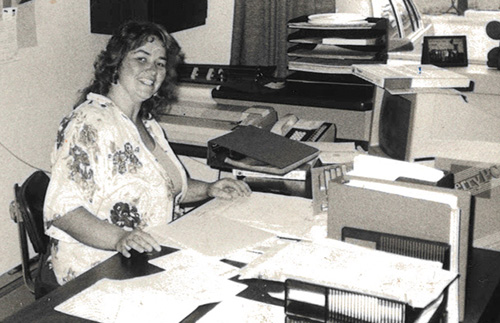 That reality makes it even more difficult to lose legacy workers like Pam Langlay of Oconto Electric, Barb Murphy of Scenic Rivers Energy, and Ron Mayer of Taylor Electric, all of whom retired recently, taking decades of experience with them.

Langlay started at Oconto Electric Cooperative when she was just 17. Over four decades, she worked in customer service and billing, operations (where she built a digital model of the distribution system), and communications and marketing (where she won the N.F. Leifer Memorial Award in 2000 for her writing of the local pages in this very magazine). She also took the lead in installing and servicing units for the MainStreet Messenger personal response program. 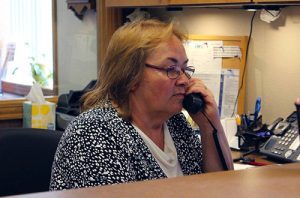 “Pam has worked in or with every department in this co-op over her 42 years, and she is a big part of our success,” said Byron Nolde, CEO. “She will be greatly missed by everyone for her vast knowledge and her positive attitude.”

Like Pam, Barb Murphy was known as the one with all of the answers at Scenic Rivers Energy Cooperative, where she worked for more than 31 years before recently retiring. Murphy worked in the Gays Mills office back when it was Crawford Electric. 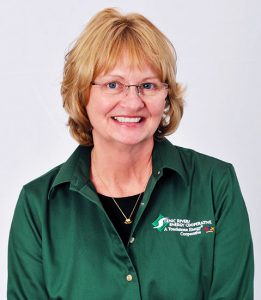 “If I ever had a Crawford Electric-area question, I just emailed Barb and she had an answer for me within about 10 minutes, usually with corresponding documents and some names and contact information of people who could tell me more,” said Mary Erickson, associate editor of this publication.

“Institutional memory is not something you can hire or teach in a workshop. The retirement of Barb and others who have served our cooperatives for years, will be felt by us all and can never be replaced,” said Steve Lucas, Scenic Rivers CEO.

A young Ron Mayer tagged along with a friend back in the fall of 1975 to take a part-time job clearing brush for Taylor Electric Cooperative. He liked working outdoors and was hired on full-time and went on to become a lineman and then a meter technician. After 45 years, his last day on the job
was May 4. 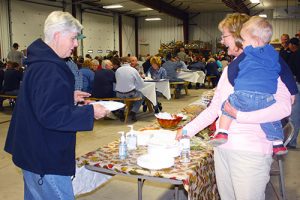 Barb Murphy working at the 2009 SREC Member Appreciation Celebration, with her little grandson on her hip.

“It’s all the little things that someone like that does that we will miss,” said Taylor Electric President and CEO Ken Ceaglske. “The little bits of knowledge that Ron has that we have maybe taken for granted—that’s all going to be clear over the next six months or more.

Taylor Electric’s former CEO, Michael Schaefer, retired himself last year after nearly 38 years with the co-op, including 28 at the helm. He says people “in the trenches” like Mayer are the hardest to lose.

“He knows the metering system better than anyone, and that system is complex, and those guys stepping in have a serious challenge ahead, especially in a small shop like Taylor, where people wear so many hats,” Schaefer said. 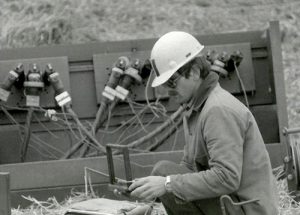 But he adds, the good news is that people who spend decades at an organization are invested in its future, which means they rarely cut ties once they leave.

“Longtime employees have that sentiment in their heart, where they are still connected, and still available to answer questions and offer assistance,” which Schaefer said is the case with him and Mayer. “And ultimately, they figure it out, and life goes on.”

Mayer encourages young people looking for a career to consider working for an electric cooperative, and while he too sees the changing faces with the retirement of so many experienced workers, he says change can be good, as younger workers bring new skills. 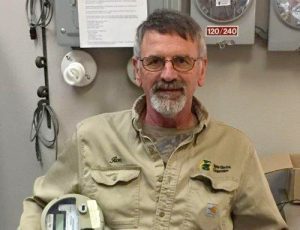 “The newer guys coming in bring more information about the digital world; it’s what they know,” he says. “They also have new ideas, and it sure doesn’t hurt to listen to them.”

As much as things have changed in the co-op world during the tenure of these legacy workers, much has stayed the same.

Berweger says the collaboration among co-ops and the communication and respect among employees at all levels are key to industry success in the past, present, and future.

“Everybody has something good to bring to the table,” she said, as the now-retired CEO prepared to take her young grandkids out for a late morning picnic. “We always achieved more working together.”

“I wish them all the best,” he said. “Keep up the good work, and be safe.”—Julie Lund