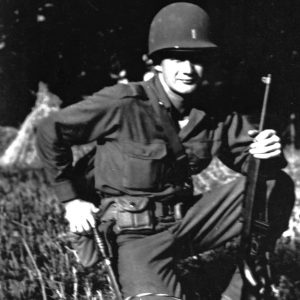 Armed to the teeth with a British Commando knife and M-1 Carbine, Lieutenant Lewis poses prior to deployment

Had he realized back in 1942 that he’d still be around seven decades after suffering multiple wounds in battle, Robert Lewis might have been more enthusiastic about military medical units. But a safe assignment as an Army medical clerk wasn’t the way the brand-new University of Wisconsin graduate wanted to serve in wartime.

Bob Lewis wanted to fight the Nazis. He got his wish. And barely two years later, Bob Lewis became the only editor of this publication—then called the REA News—whose resumé includes two Purple Hearts, the Bronze Star, the Distinguished Service Cross, and the French Croix de Guerre. In the American military, the only award for valor in the face of the enemy higher than the Distinguished Service Cross is the Congressional Medal of Honor, and a large distinction between them is that the majority of Medal of Honor recipients have not survived the experience that earned them the award. Hale and hearty when we met this fall, Bob Lewis turned 99 in June.

Like much priceless history, the story of Robert Lewis was waiting to be rediscovered.

This magazine’s November edition regularly includes some form of tribute to the sacrifices made by U.S. military veterans, to coincide with November 11, Veterans Day.

But this year’s preparations weren’t going well: The search for a Wisconsin figure to focus a story about the centennial of the First World War ending November 11, 1918, was running up against indifferent sources and an unforgiving calendar. Meanwhile, an unrelated invitation arrived, for a presentation of commemorative plaques—rescued from a decommissioned power plant—to the surviving family of an early leader of Wisconsin electric cooperatives. No obvious veteran connection; no evident link to this magazine; just a nice event to remember someone who long ago helped bring power to the farm. 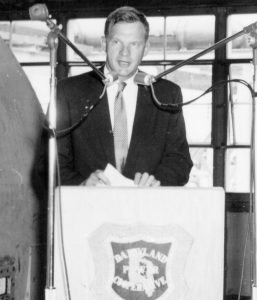 Robert Lewis delivers remarks during the dedication ceremonies at the Alma plant site, where his dad’s work was commemorated in 1957.

By happenstance, it was mentioned to retired Wisconsin Energy Cooperative News Editor Perry Baird, a dogged chronicler of co-op history, that the plaques would be presented to Robert Lewis whose father, George Lewis, worked for the Rural Electrification Administration organizing co-ops in Wisconsin and elsewhere.

Baird, who would be traveling in Texas, replied, “You know Bob Lewis used to be editor of the magazine, right?”
A moment’s search yielded references to Robert Lewis as associate editor in 1946, managing editor in 1947–48,
in broader supervisory capacities with the statewide co-op communications program through 1951, and as “a decorated combat veteran.” 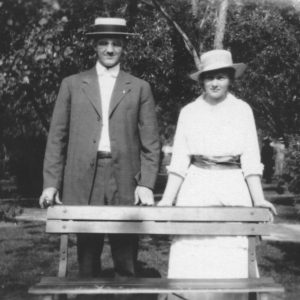 A patriarch of the co-op family: George Lewis

The REA was set up to provide federal loans for farmers or existing utility companies to extend electric service in rural areas. Uninterested in building infrastructure across sparsely populated countryside, investor-owned utilities disdained the opportunity.

That left rural residents to take up the task, and in November 1935 the REA hired Lewis—appointed earlier by Governor Phil La Follette to help qualify more Wisconsin co-ops for REA loans—to organize cooperatives in additional states. Traveling coast to coast by car, he continued that work until 1940 when he accepted a position with the REA in Washington, D.C., and remained active in rural electrification until his death in 1955. 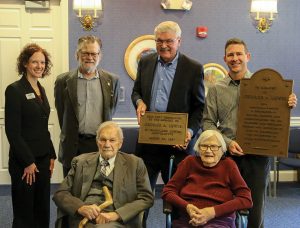 The cast-bronze plaques that led to this story honor George Lewis. They were presented to Robert Lewis in October. They’d been installed since1957 at Dairyland Power Cooperative’s Alma Station on the banks of the Mississippi River in Buffalo County. All of its five small, coal-fired generating units, built in the 1940s and ’50s, were retired between 2011 and 2014.

Demolition of the Alma Station’s 700-foot smokestack, the last easily recognizable component of the 70-year-old plant site, took place October 1. One week later a Dairyland delegation brought the plaques to Robert and Martha Lewis at their Madison residence which, in another twist of fate, stands within three blocks of the offices that originate today’s Wisconsin Energy Cooperative News.

Father’s Footsteps, With a Detour

In 1936 Robert Lewis, age 17, left the family farm for the University of Wisconsin. There, knowingly or not, he acquired skills that would help him carry on his father’s distinguished service to electric cooperatives. 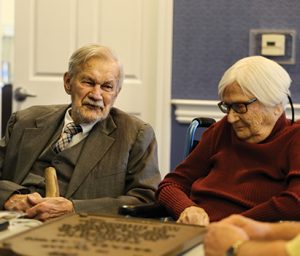 Robert and Martha Lewis, and a plaque recognizing George Lewis’ work bringing electricity to the farm.

A lot would happen in between. Robert graduated on his birthday in 1942. The next day he married Martha Wells, now his wife of 76 years. Six weeks later he was inducted into the Army.

At the UW, Robert earned a degree in economics and exercised his passion for journalism, becoming editor of the campus newspaper, The Daily Cardinal, in his senior year. In the Army, “much to my embarrassment,” he told an interviewer for a 2010 Wisconsin Historical Society project, he was trained as a clerk for the medical department.

He soon volunteered for Officer Candidate School (OCS), yearning to “get into action and do something to fight the Nazis,” he told the interviewer. He completed OCS, was commissioned a second lieutenant, and was assigned to Company A, 13th Infantry Regiment, 8th Infantry Division, “The Pathfinders.” Though it would take a while, he’d get to fight the Nazis.

The division embarked from New York in December 1943. Ten days before Christmas the 13th Regiment arrived at Mount Panther, Northern Ireland, where it would train for the invasion of Europe. Landing at Normandy’s Utah Beach on the Fourth of July, 1944, 28 days after D-Day, the 8th Infantry joined the campaign to root out the occupying Wehrmacht in northern France. 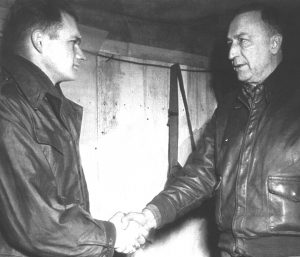 On August 19, Allied forces completed their encirclement of the “Falaise Pocket,” trapping some 50,000 Germans while many others escaped eastward. Leading a pursuing unit a week later, Lieutenant Lewis got into the fight of his life. The Army citation conferring the Distinguished Service Cross credited his “extraordinary heroism in action against the enemy on 26 August 1944.”

“With sixteen men remaining in his platoon* after two days of aggressive action, [Lewis] encountered heavy enemy machine gun and small arms fire sealing a gap in a high hedgerow, halting the advance,” the citation said.

Severely wounded himself, Lewis dragged two other wounded men to safety, sent the rest of the group to continue attacking under his covering fire, suffered additional wounds when a mortar shell fell near him, refused evacuation, and “continued to lead his platoon forward until it seized its objective,” the citation said.

Then, family members say, Lieutenant Lewis walked a mile to an aid station for medical attention.
He was discharged from the Army in November 1945, went to work for the Farmers Union, and in November 1946 assumed the responsibilities of associate editor for the Wisconsin REA News. 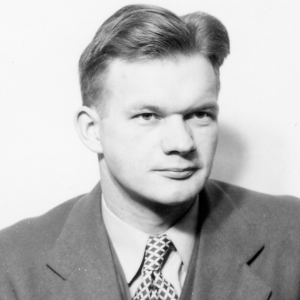 Nowadays Wisconsin’s electric cooperatives and investor-owned utilities get along, but things were different when Robert and especially George Lewis were building the co-op sector.

Utility animosity toward the cooperatives faded after the co-ops “became a significant fact of life in the area and they had to work together on a few things,” Bob Lewis told Wisconsin Energy Cooperative News last month.
But in the early days, “The electric utility companies used to interfere with the recruitment of farmers to the potential REA borrowers,” he said. “I was just a kid but I remember at that time the electric companies were the enemy.”

He is “not at all” surprised that the co-ops survived and became a powerful presence in rural America, he said. “There is no natural termination for a co-op that is providing such a daily service as keeping the lights on.”

Bob Lewis’ youngest brother Dave, now 84 and a California resident, recalls life before those lights came on in 1938. “The local electric company wasn’t interested in the farms with a mile between customers when there was plenty of [revenue]in the cities and towns,” he told us in an email message. 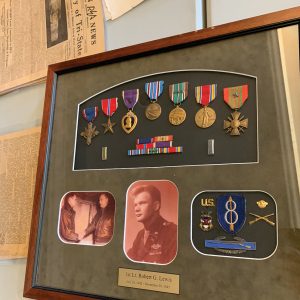 A frame holds war-era photos and the medals earned by Robert Lewis. Nearby, a 1940s edition of the Wisconsin REA News.

He especially remembers Christmas without electricity.

“The pine tree which originated from somewhere on the farm was lighted with six candles about the size of today’s ballpoint pens,” Dave Lewis wrote. “The candles were only burned for short periods and they were always watched-over.” His word for electric Christmas-tree lights: “Splendor.”

Most splendid of all, though, was the reduction of backbreaking labor for rural residents. During and after the war, he wrote, “The electrically powered machinery helped to compensate for reduced rural labor availability.”

—Dave Hoopman, photos from the Lewis family and Dylan Pingitore