How Clean-Burning Coal Byproducts Help the Transportation and
Agriculture Sectors

Coal doesn’t really create diamonds. That was a rumor perpetuated by Superman. But with some effort, coal as fuel can produce valuable commodities that support the construction and transportation industries, while cutting costs and reducing environmental impacts. Now, Dairyland Power Cooperative is also researching ways that coal combustion byproducts (CCB) can be used safely to fertilize crops. 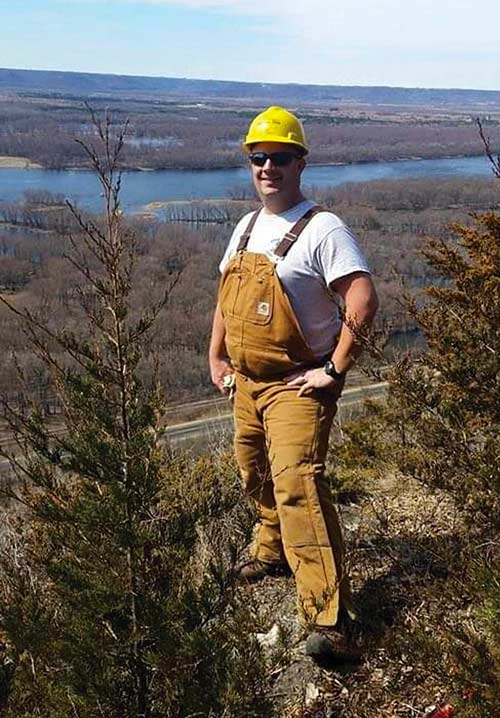 “Dairyland has a long history of recycling CCBs,” said Leif Tolokken, Dairyland manager of water and waste programs. “By following a reduce-reuse-recycle commitment, we greatly minimize disposal needs while providing a valued product.”

The history goes back decades, when Dairyland started marketing CCBs to concrete companies that value the commodity for its use in construction projects for driveways, bridges, and walls. Last year, Dairyland recycled 100 percent of the fly ash captured from its two coal-fired power plants, G-3 in Genoa and the John P. Madgett plant in Alma. By doing so, the ash was diverted from landfill disposal for beneficial reuse. Dairyland’s members benefit from significant cost benefits associated with the program. For example, CCB sales in 2020 yielded over $1 million for the cooperative, in addition to savings realized from avoiding disposal.

Coal is a resource that forms underground from dead plant matter over many, many years. It’s made up of mostly carbon, but also has hydrogen, sulfur, oxygen, and nitrogen components. Dairyland has invested more than $325 million in air emissions controls at its two plants to significantly reduce the release of sulfur dioxide, nitrogen oxides, mercury and particulate matter, and continues to work proactively to find ways that CCBs can be an asset.

A new project in partnership with UW-Extension in Buffalo County is testing the effectiveness of dry scrubber material, used to control sulfur emissions in coal-fired plants, as fertilizer. The byproduct contains a beneficial ingredient that helps plants grow and could prove valuable to the agriculture industry.

“This could be another cost savings for our members, and for farmers, who have to buy fertilizer anyway,” Tolokken said. “I’m optimistic about the current research, which will not only show us how effective the product is at increasing farm yields but will also include testing to ensure it is safe.”

Dairyland is providing the land for UW-Extension to plant the soybean crop needed for this research, and other projects looking into the value of essential oils in hemp and studying weed control with native plants.

“Collaborative efforts like this are crucial to Dairyland’s beneficial usage program and the continued positive environmental impacts,” Tolokken said.

As part of its focus on sustainability, Dairyland has a goal of 50 percent reduction in carbon dioxide intensity rate by 2030. The cooperative’s Genoa coal plant will close this year. The Alma plant, however, remains operational as part of a diverse portfolio aimed at providing safe, reliable, and affordable energy to members. And as long as they are producing coal combustions byproducts, Tolokken and his team will continue to seek ways to reduce disposal by identifying how to use waste for something advantageous.

“This benefits the environment and provides cost-savings to our cooperative members,” Tolokken said.

And that is something. Even if it’s not a diamond. —Julie Lund