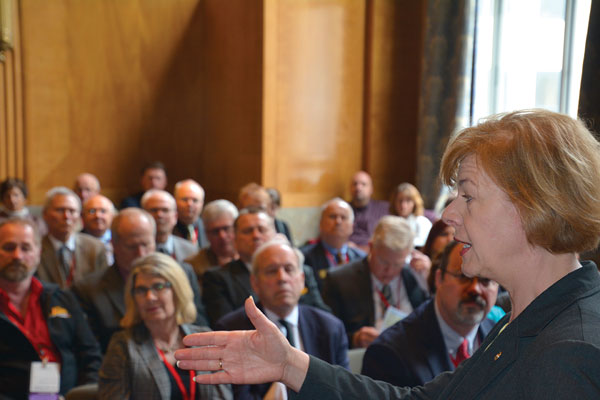 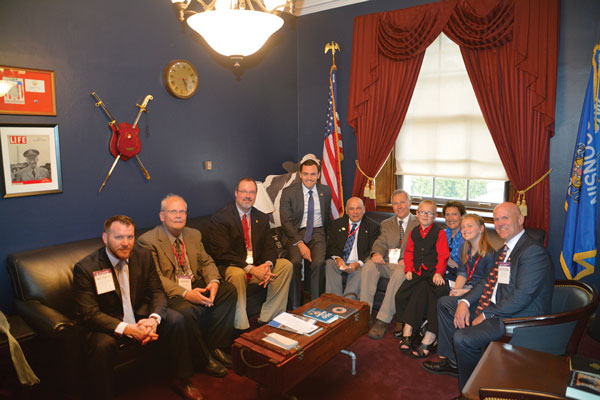 Shorthanded FERC to get shorter?

Collette Honorable, appointed to the Federal Energy Regulatory Commission (FERC) in 2014, has announced she will step down from the panel when her term expires at the end of June.
With lead time needed for Senate confirmation of nominees, Honorable’s  departure could reduce the commission’s membership to one from the customary five. With just two sitting members and lacking the required three-member quorum, the agency has been unable to conduct business since February, raising alarms especially in the natural gas industry, where key pipeline projects are stalled by the FERC’s inability to act.
The Trump administration had been expected since February to name former National Rural Electric Cooperative Association lobbyist Neal Chatterjee to fill one of the vacancies, Pennsylvania Public Utility Commissioner Robert Powelson to fill another, and Cleveland, Ohio, energy attorney Kevin McIntyre to chair the commission, but as of press time for this edition of Wisconsin Energy Cooperative News, nominations had not been submitted to start Senate confirmation.

Full operation of Mississippi Power’s Kemper County plant, the nation’s biggest venture into carbon capture and sequestration, has again been held up by technological problems and cost overruns, the online news service Mississippi Today reports.
At the end of January, full operation was reportedly imminent. The project was then two years behind schedule and more than $4 billion over its original cost estimate of $2.9 billion. The latest delay will add $38 million more to cost overruns.
The 582-megawatt facility has been generating electricity since 2014, but from natural gas, not the lignite-based synthetic gas that was the core concept of the original plan. The same week the latest delay was announced, a Mississippi Power website stated that the Kemper facility “Has plant operations about four times better than the industry average.”

La Crosse County Judge Todd Bjerke declined to block the entire 180-mile Badger Coulee transmission project but stopped work in May on a seven-mile segment in the Town of Holland.
The town filed a court challenge against the line between the La Crosse area and Middleton, claiming the Public Service Commission shouldn’t have approved the project on the basis of need.
Bjerke stopped short of agreeing on the broader issue but concluded the Commission failed to show a rational basis for approving a route through the town that shares right-of-way with another transmission line but uses separate poles, in many cases on opposite sides of Highway 53. Bjerke directed the regulatory panel to re-examine its routing decision. Further work on the short segment of the 345-kilovolt line awaits the commission’s response and Bjerke’s reaction.