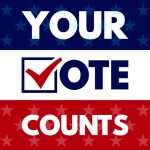 Election Day is near, and if 2020 is to maintain its reputation, it will be wrought with chaos, questions, and controversy. But a recent Supreme Court decision will offer a little clarity. In a unanimous ruling, the high court made it very clear that states are entitled to penalize “faithless electors,” that is, delegates who “go rogue” and fail to cast their electoral vote for the candidate who wins the popular vote in their state.
Writing for the court, Justice Elena Kagan said delegates have “no ground for reversing” the statewide popular vote. That, she said, “accords with the Constitution—as well as with the trust of the Nation that here, We the People rule.”
Historically, the faithless elector is a rare breed, but in 2016 there was an effort to convince Republican electors to choose someone—anyone—other than Donald Trump, and a handful actually did. Overall, the effort failed, but it left a mark. It was the first time in more than 100 years that electors worked to change the outcome of an election. And we all know 2020 is a committed one-upper. To keep that chaos in check, the Supreme Court ruling effectively shuts down rogue actions by ensuring states have the power to hold electors accountable.
The deceptive delegates, and the final vote count that showed Hillary Clinton won the popular vote, fired up the debate over the Electoral College, and whether it’s even necessary. It’s a topic Wisconsin Electric Cooperative Association (WECA) President and CEO Steve Freese explained in his October 2019 column in this magazine, particularly as it relates to electric cooperatives. Without the Electoral College, he wrote, the largest cities and states in the nation would control the presidency.

The cities of New York and Los Angeles not only dominate their statewide elections; they are more populous than Wisconsin, Iowa, Minnesota, North and South Dakota combined. Midwestern states could become meaningless in deciding every policy issue that affects them and the Heartland’s economy. East and West Coast cities would have the voting power to dictate agricultural and land-use policies minimally applicable to them but crucial to most of the country. Eighty-five percent of Americans living in areas served by electric cooperatives reside in the 40 states that would stand to become non-factors in national elections. In other words, good luck getting presidential candidates’ attention on issues affecting the cost and reliability of electricity in rural areas.

That column prompted feedback from electric cooperative members across the state, like Lisa from Bayfield Electric Cooperative who wrote, “Thank you for using your platform to help people understand the history, components, purpose, and importance of our unique election procedure.”
The 9–0 ruling from the nation’s highest court, which was celebrated by both Republicans and Democrats, effectively seals up the faithless elector loophole, taking away one concern from the many challenges of holding a presidential election amid a (hopefully) waning pandemic.
The pandemic is likely to blame for a drop in the number of registered voters across the state and nation. September 22 is National Voter Registration Day, and WECA is joining all of the state’s electric cooperatives in encouraging members to sign up, if you haven’t already. Every vote counts, and no one can change that. Not even the designated electors.—Julie Lund