Community rallies around Chris Kroeze’s run on “The Voice”

A certain energy has been buzzing inside the walls of Barron Electric Cooperative recently, but this particular spark comes courtesy of a local man’s musical talent.

Between its employees buying T-shirts to support him and the company’s electronic sign out front flashing such notes of encouragement as “Vote for Chris Kroeze” or “Support Chris Kroeze,” Barron Electric CEO Dallas Sloan said his employees have been preoccupied since mid-September with the city resident’s astounding journey to the top four contestants on NBC’s “The Voice.”

“To have a kid (who graduated) from our high school get to that level is pretty fun,” Sloan said. “He (Kroeze) has performed at three or four of our annual meetings, so having somebody that local on a national stage is pretty crazy.” 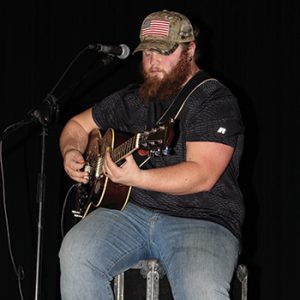 In fact, Barron Electric’s Director of Member Services Jennifer Beaudette said they had scheduled Kroeze to perform at another of the cooperative’s meetings this March, but he had to cancel after agreeing to be on “The Voice.”

“I guess he got a better offer,” Sloan joked.

Kroeze, 27, has spent his whole life in Barron, attending school and working in the same community his parents and grandparents live in. He now has a family of his own with his wife, Mara, and their two children, Finlee, 2, and Bella, 9.

He said he has been performing at area bars, restaurants, and weddings since middle school, averaging around 200 to 250 shows per year. He also travels overseas to perform shows for U.S. troops two or three times per year.

But none of that could prepare him—or Barron—for the stardom he’s found making it into the top four contestants of NBC’s hit singing competition, “The Voice.” With his country-blues voice, Kroeze competes on Team Blake (Shelton), where he’s performed on national television covers of Stevie Ray Vaughan’s “Pride and Joy,” Creedence Clearwater Revival’s “Have You Ever Seen the Rain?”, country singer Cam’s “Burning House,” The Beatles’ “Let it Be,” Garth Brooks’ “Callin’ Baton Rouge,” and “Can’t You See” by Marshall Tucker, which netted him a spot in the show’s finale.

“It’s a lot of pressure (performing on live national television), but at this point there’s really no bad outcome,” Kroeze said following his vote into the top eight. “It’s time to work hard but also have fun.”

All in the Co-op Family

The show, which starts with audition and battle rounds where judges—Shelton, Adam Levine, Jennifer Hudson, and Kelly Clarkson—select the winners, moves on to live performances in which competitors move ahead based on the number of votes they get from fans and viewers. At the time of this publication, Kroeze had been voted by America into the top four, and he earned the most-played song of “The Voice” competitors on Apple iTunes for his “Callin’ Baton Rouge” cover on Monday, December 3.

Beaudette said it seems the entire community has rallied behind him. Yard signs voicing support have popped up everywhere—including in front of Barron Electric—and the co-op has shared numerous posts via Facebook encouraging its members to vote for Kroeze.

On November 5, Barron Electric shared on Facebook a video montage “shining a light on one of its members”—Kroeze has been a member of the cooperative for a little more than two years, according to Beaudette—and wishing him the best of luck as he competes on the show.

“They definitely come in Tuesdays and talk about Chris’ performance, the votes and what he sang,” Sloan said. “There’s a lot of chatter about him.” 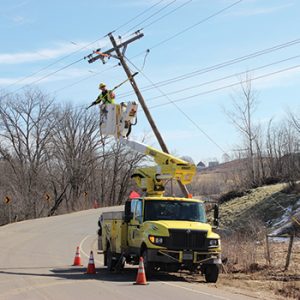 Chris Kroeze’s brother Mike has been a lineworker at Barron Electric Cooperative.

Some of that chatter stems from Kroeze’s older brother, Mike, a lineworker at Barron Electric. He’s been working at the co-op for more than 10 years, and said hearing the energy his brother brings to a work day has been surreal.

“It’s pretty neat to see how much support he has,” Mike Kroeze said. “You didn’t realize how many people followed him until now.”

While the brothers used to perform together at public events—with Mike as Chris’ drummer—Mike Kroeze said that’s a little more rare these days.

Still, he’s proud to see his brother pursuing his passion, even if it is a little odd to see his mini-me on live TV.
“It’s just weird to see how much he’s improved,” Mike Kroeze said. “He’s been doing this since we were little kids. He’s been working on it a long time so it’s nice to see it paying off for him. It’s pretty cool.”

Chris Kroeze’s success also comes at perhaps the most opportune time for Barron. The community of just over 3,300 people suffered a huge loss on October 15 with the disappearance of 15-year-old Jayme Closs and the death of her parents, James and Denise Closs, who were shot dead inside their home.

At the time of publication, Jayme is still missing, and the FBI has expanded its search for her whereabouts.
“That was preoccupying everyone’s minds, and everyone was freaked out by it,” Sloan said of his employees’ as well as the entire community’s reaction to the Closs tragedy. “To have something positive couldn’t have happened at a better time, and Chris is of course very supportive of it.”

Eight days after Jayme’s disappearance, the Barron County sheriff’s office sent out a request for volunteers to search for her. According to the Rice Lake Chronotype, around 2,000 people (more than 60 percent of the city’s population) turned out for the search.

Among those volunteers were “more than half” of Barron Electric’s employees, Beaudette said.

Kroeze dedicated his Monday, November 19, performance of the Beatles’ “Let it Be” to Jayme and the city of Barron. He also returned to Barron in late October to attend a community vigil for Jayme at the Barron High School football field.

And while the two parallel events occurred simultaneously, knowing Kroeze’s support for the community, the event was in no means a PR stunt for his fans.

“He would have done that whether he was on the national stage or not,” Beaudette said. “He is a huge supporter of our community.” 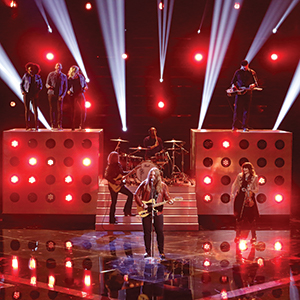 As Kroeze moves into the show’s finale, it’s easy to see members of Barron Electric and others in the community—both near and throughout the state of Wisconsin —already feel they have won.

That momentum is enough to keep the community moving forward, Sloan said.

“If you watch Chris sing, he’s always having fun up there,” Sloan said. “We’re already winners with him getting to the top 10. Whatever happens now is icing on the cake.”

Regardless of the final outcome, this much is clear: The energy he’s generated for Barron in the community’s time of need is perhaps just as great as the energy Barron Electric provides its members. And Sloan wouldn’t have it any other way.

Even if it means Kroeze can’t perform at the annual meeting.

Editor’s note: This publication went to press before final episode of “The Voice” aired. The finale was scheduled to air in late December.