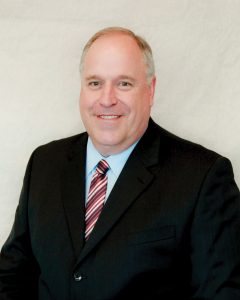 While it’s always to be hoped that the potential consequences—intended or unintended—of any legislative action will be fully weighed before the roll is called, it’s also true that there are more consequences to weigh in some cases than in others.

By whatever name it’s called—electric restructuring, deregulation, retail wheeling, or customer choice—the fundamental redesign of consumer energy services is an example of an action with consequences for good or ill that no one will be able to avoid.

The Thompson administration and both parties in a divided Wisconsin Legislature understood this almost 20 years ago, and that’s why today, our state does not have retail choice in electricity.

But eight months ago, we saw early signs of an effort to revive the retail choice issue, which had been formally shelved by the Public Service Commission (PSC) back in 2000. As of this writing it appears those efforts are not going anywhere, but it’s worth looking at developments during recent weeks in context with the way events played out at the beginning of this century.

I remember many conversations during the 1990s when I was a member of the Legislature, as we discussed the cost of electricity used by manufacturers and its impact on our state’s economy. But at that time Wisconsin’s retail electric rates were lower than those in many other states, and a much bigger concern was system reliability as we were short of both in-state generation and interstate transmission capacity to make up the deficit. 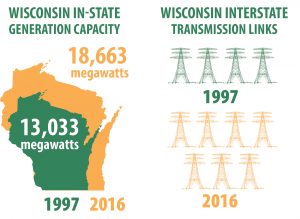 This concern hit fever pitch during the summer of 1997 when several times major Wisconsin manufacturers had to shut down production for lack of electricity. It was time to come to terms with the fact that no new power plants were in the works and our infrastructure was simply not up to its task. The PSC had been studying and planning for retail electric choice since 1994, but decided in November 1997 that choice must await serious strengthening of the transmission grid.1 With several different bills over the years that followed, the Legislature streamlined the planning and regulatory approval of new power plants and transmission lines.

One result was a 2001 compromise allowing regulated utilities to have affiliated non-utility companies finance and build power plants for lease back to the utility under contract terms exempt from PSC review. Only a few power providers took advantage of this arrangement but the desired result was achieved: Wisconsin’s generation capacity was significantly increased.

In the meantime, California’s retail choice program imploded, other states’ programs proved disappointing, and Wisconsin’s stayed on the shelf.

But last summer, some Wisconsin industrial consumers objected to their electric rates—dictated in large part by the long-term expense of building a reliable infrastructure—and talk of retail choice resumed. Late this winter, several state lawmakers responded, not with the expected deregulation proposal, but with a bill repealing the partial deregulation that put leased generation contracts outside PSC review 16 years ago, and making them subject to regulation.

The legislators’ reasoning was that the limited removal of PSC oversight had allowed rates to rise excessively. Whether correct or not, that reasoning could run afoul of constitutional prohibitions against government impairing lawful contracts. It’s too early to say how events will unfold.

As deregulation versus reregulation issues play out over the coming months, you can count on Wisconsin’s electric cooperatives to engage on your behalf, keep you informed, and continue working to fulfill our paramount mission of providing safe, reliable, and affordable electricity for you and your family.