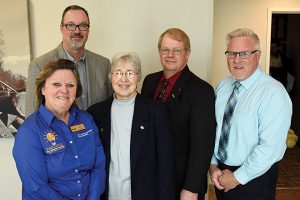 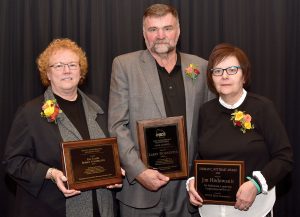 The statewide Wisconsin Electric Cooperative Association will have 12 directors instead of the current 10, apportioned among four districts instead of three to make representation more proportional to member populations, as a result of bylaw changes adopted at the organization’s November annual meeting in Stevens Point.

The La Crosse-based generation and transmission cooperative Dairyland Power, previously guaranteed a position on the 10-member board, will compete on an equal footing with the other 24 member co-ops for a seat on the 12-member board.

Elections to fill the new board seats will be held in January.

Held in conjunction with the Wisconsin Electric Cooperative Association’s annual meeting at Stevens Point, the Federation (FYF) saw board President Herman Seebandt of Clark Electric Cooperative reach his term limit and step down, with Member Relations Manager Carol Blaken of Jackson Electric elected to succeed him as a director. Vice President Marian Trescher of Rock Energy Cooperative also stepped down, to be succeeded by Courtney Berner, executive director of the UW Center for Cooperatives.

The organization’s philanthropic activities are financed with unclaimed capital credits, which may be donated by any cooperative business operating within Wisconsin, in lieu of turning over the funds to the state Department of Revenue.