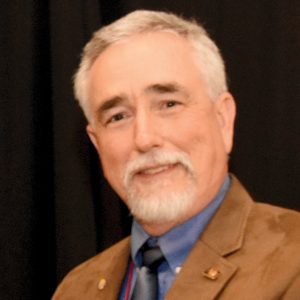 Taylor Electric Cooperative Board Chairman Dean Tesch was elected secretary-treasurer of the National Rural Utilities Cooperative Finance Corporation (CFC) at the organization’s 49th annual meeting—held in conjunction with the NRECA annual meeting—February 28 in Nashville, Tennessee. Tesch has been serving as one of two regional (Wisconsin, Iowa, and Illinois) CFC directors and continues in that role during his tenure as a board officer.

Though the report was authored by majority Republican committee staff, anger over Russian meddling has been bipartisan. The Hill quoted Connecticut Senator Richard Blumenthal, a high-profile Democrat and member of the Senate Judiciary Committee, saying “Russia is continuing to extend its digital tentacles into every aspect of American life; it is absolutely chilling and profoundly dangerous to our future.”

According to the announcement, the NRC indicated a license could be issued by midsummer of 2020 and perhaps sooner if all aspects of the review are satisfactory. Spent fuel is now stored on-site at or near nuclear plants nationwide, as the government is 20 years past its own legal deadline to provide a single, permanent repository.

The application represented the nation’s only currently active licensing effort in response to the Energy Department’s solicitation for interim storage sites. Dallas-based Waste Control Specialists applied in 2016 for a license to develop spent fuel storage at a west Texas site but suspended its application last year. At press time, Waste Control Specialists was in the process of reactivating licensing activity.

Ellen Nowak, who chaired Wisconsin’s Public Service Commission (PSC) since 2015 and served as a commissioner since 2011, departed the independent utility regulatory panel in March to become the new Secretary of the Department of Administration.

She succeeds Scott Neitzel, who had been a Madison utility executive prior to his 2015 appointment to the state’s highest-ranking cabinet post. Earlier, Neitzel had served as a member of the PSC during the Thompson administration.

Commissioner Lon Roberts was appointed by Governor Walker to succeed Nowak in the chair. Walker appointed his chief of staff, Rich Zipperer, to fill the vacant seat on the three-member utility commission.