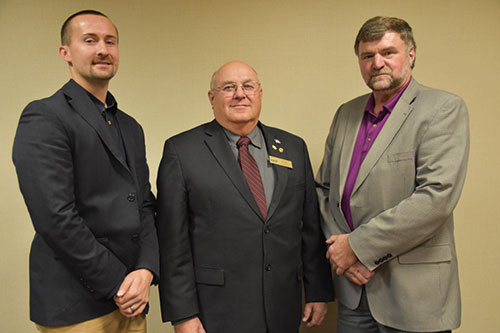 One new director was seated on the Wisconsin Electric Cooperative Association board at the organization’s 81st annual meeting last month.

David Hischke, chairman of the Oconto Electric board of directors, succeeds Elaine Eckendorf of Central Wisconsin Electric, who reached her term limit. Hischke was elected during district meetings this past summer. 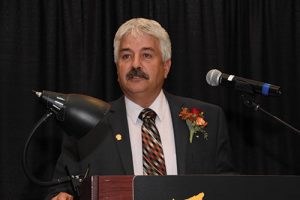 Clark is the newest recipient of the ACE (Ally of Cooperative Electrification) Award, given for the past 50 years to a nominee judged to have made distinguished contributions in a manner beyond routine performance of duty, to advance the electric co-op mission of providing affordable, reliable energy to rural Wisconsin.

Clark joined Richland Electric in 1991, still in his 20s, as manager of administrative and member services.

He has been a longtime leader of efforts to expand telecommunications and data services to rural Wisconsin and has served on numerous local, state, and national co-op boards. This summer, he received a regional service award from the National Rural Electric Cooperative Association, recognizing his successes promoting rural economic development. 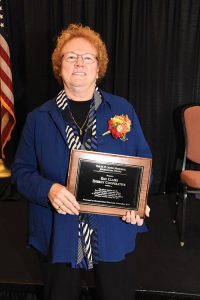 Named for a former Vernon Electric Cooperative manager who played a key role in creating what became the Wisconsin Energy Cooperative News, the award is given annually to the cooperative selected by an independent judge as having created the magazine’s best local co-op pages during the prior year.

All local-page content is produced by employees at WECA-member cooperatives, and Brevig is responsible for Eau Claire Energy’s pages. She has won the award on three past occasions.

Leifer was a founder of the Wisconsin R.E.C. News in 1940. Originally a tabloid newspaper, it was the nation’s first statewide periodical produced for the general membership of rural electric cooperatives. 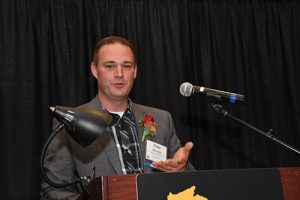 Steines was honored for actions in his previous position as a lineman, when he came upon a highway accident, contacted emergency personnel, assisted the victims in escaping their overturned vehicle which was leaking fuel, and attended to them until medics arrived.

A Washburn County sheriff’s department official said Steines’ behavior in the emergency “helped immensely in getting the two victims to safety and should be seen as heroic.”

Two Wisconsin electric cooperatives will share in some $2.5 billion in U.S. Department of Agriculture rural development loans announced in November. Vernon Electric and Chippewa Valley Electric are to receive $23 million and $7 million respectively, to help finance line improvements and smart grid projects in their service areas.