In the March issue, our feature story “Powering Through the Potential Perfect Storm” focused on your local utility’s ability to keep the lights on despite significant supply chain disruptions. After experiencing firsthand supply chain challenges in my local town government, I wanted to use this column to bring awareness to the vulnerabilities we face as a state and nation.

It hit home for me recently when it took 32 days to get parts and have our town’s snowplow serviced for a repair that would typically have taken only days. This is all before the Russian invasion of Ukraine. Not only is the entire world watching a devastating humanitarian crisis unfold, but we are also seeing markets affected everywhere, especially as it relates to energy. Higher gasoline and diesel prices will follow as major energy disruptions occur and the U.S. Strategic Petroleum Reserves are tapped. But I believe there is another imminent threat at our doorstep.

China is watching very closely how the United States and the rest of the free world are responding to the invasion of Ukraine as it considers its own desire to take control of Taiwan. Why should we care about China’s posture towards Taiwan? In 1979 the United States passed the Taiwan Relations Act to help maintain peace, security, and stability in the Western Pacific and promote the U.S.’s foreign policy by authorizing the continuation of commercial, cultural, and other relations between our country and the people of Taiwan. Provisions of the Act say we are to provide Taiwan with arms of a defensive character. 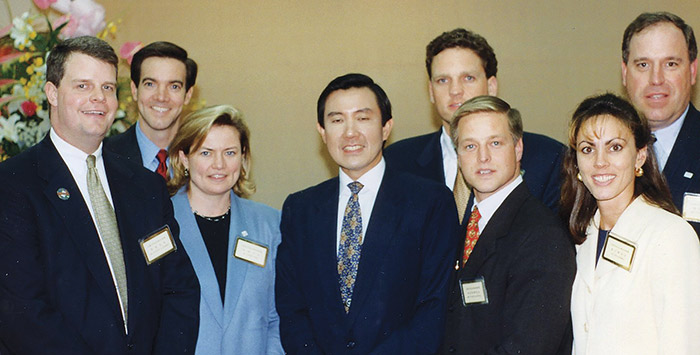 Steve Freese (far right) and the rest of the American delegation served as election observers in the 1998 Taipei mayoral election of Mayor-Elect Ma Ying-Jeou (fourth from left) who served as mayor from 1998-2006.

In 1998 I witnessed firsthand the defensive response to a military alert about an impending attack from mainland China. Serving as an election observer in Taipei’s mayoral election, our delegation was not allowed to leave our plane when Taiwan’s air force scrambled about 140 F-16 fighter jets. The attack never materialized, but I saw the fighter jets take off, which made my heart beat a lot faster. Much to China’s indignation, our country continues to provide defensive weapons to Taiwan. So, how might China react if we were drawn into a major Taiwan/China conflict? I will use two examples that affect virtually every American in their daily life. 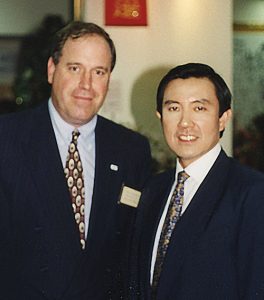 The first is pharmaceutical supply chains. Janet Woodcock, FDA’s director of the Center for Drug Evaluation and Research, said in testimony to Congress in 2019 that the U.S. is the world leader in drug discovery and development. But we are no longer at the forefront of drug manufacturing. She shared that of all active pharmaceutical ingredients made, the actual drugs formulated into our medications, only 28 percent of the manufacturing facilities are in our country. The remaining 72 percent are manufactured overseas, with 13 percent in China alone. So, could China use lifesaving pharmaceuticals as a sanction target against us for supporting Taiwan?

Secondly, many of us have experienced how hard it’s been to buy a new car or truck, a smartphone, computer, or any device that needs a computer chip. Taiwan Semiconductor Manufacturing Co. (TSMC) and Samsung Electronics Co. are responsible for making the vast majority of the world’s computer chips. TSMC, with 25% of its business coming from Apple, also manufactures for chip designers and semiconductor firms, which supply major makers of consumer electronics and automobiles. An emboldened China threatening to invade Taiwan instantly becomes a national security risk as our uninhibited supply chain of chips would now come into question. Any conflict between Taiwan and China will almost certainly result in all auto and truck manufacturing coming to a halt without a supply of chips.

Our reliance on the production of critical medicines and products outside of the United States could be our Achilles heel. Bringing production back home is in the best interest of our citizens and our national security. It is time for us to act locally and think globally.