Before Brent Ridge landed at Dairyland Power Cooperative as the new president and CEO in July of 2020, he spent 17 years at Energy Northwest in Washington State, which provides 100% carbon-free electricity to public utilities in the region, all generated by hydro, wind, solar, and mainly nuclear power, something he says could have great value here in Wisconsin.

“It’s an exciting time for nuclear. It really is,” he said, as evidenced by Dairyland’s recent announcement that it has entered into a memorandum of understanding with NuScale Power to explore how the latest in emerging nuclear technology—small modular reactors—could potentially serve members here in the Midwest.

As the energy industry works to meet President Joe Biden’s goal of 100% carbon-free electricity by 2035, finding the right mix of sources, while ensuring the lights stay on and electric bills are affordable, is a challenge. Coal is among the most reliable, but also the biggest contributor of carbon emissions. Natural gas is cleaner than coal but subject to shortages and transportation issues. Wind and solar are no emissions, but not readily available around the clock. Hydro is clean but lacks opportunity for expansion.

Nuclear, by contrast, seems to check all of the boxes for a carbon-free fueled future, and across the state and nation, momentum is building. Bipartisan lawmakers in Wisconsin voted to end a 33-year ban on new nuclear plants in 2016, and this year lawmakers in Minnesota and Illinois are looking to do the same, leaving only 10 states left with bans in place. Two traditional plants under construction in Georgia are the first new nuclear generation projects to happen in 40 years.

Ridge says the main benefits of nuclear are a “three-legged stool” of fuel security, non-carbon emissions, and supporting renewables.

“First, at a nuclear power plant, you have 18 to 24 months of fuel on site,” Ridge said. “You are not beholden to coal, trains, gas lines, wind, or sun. And, uranium fuel is very inexpensive, and this means you have fuel security.

“Next, nuclear is non-carbon emitting. It produces 24/7 baseload electricity and does not emit carbon while doing it. 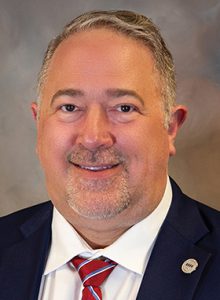 “And third, we are firm believers in renewables as part of our portfolio, but wind, solar, and hydro are intermittent resources. When the wind’s not blowing, and the sun’s not shining, that nuclear power plant can ramp up in just 15 minutes, so it’s a perfect blend.”

Not to mention, there’s a difference in land mass. Nuclear power would require 35 acres for a 1,000 megawatt (MW) facility compared to 7,000 acres for a comparable solar array.

Oregon-based NuScale Power is the first company to receive approval from the U.S. Nuclear Regulatory Commission for its small modular reactor (SMR), which it touts as smarter, cleaner, safer, and cost-competitive, compared to traditional high-capacity nuclear power plants. Dairyland is interested in the dry cooling option, which is safer for the environment as it does not rely on local waterways.

“One of the great things about NuScale’s technology, and in general with these smaller reactors, is you get to build them in pieces, so you can build one reactor, get it working and turned on and start producing revenue, and use some of the revenue to pay for the next reactor,” said Paul Wilson, professor of nuclear engineering at UW-Madison, which houses its own nuclear reactor for research and business purposes.

Wilson said another advantage is that small-scale reactors can be built in a factory, instead of on-site, which will help control building costs. A smaller facility will also allow for more local control, which he says fits with the cooperative world.

“We’ve actually been thinking here for a while on campus about what opportunities we can look to for small reactor deployments in Wisconsin,” Wilson said. “We actually thought about reaching out to Dairyland Power because they have some experience already with nuclear power.” 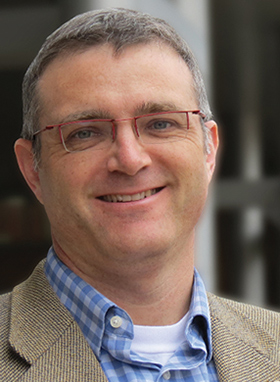 A resurgence of nuclear is something both people and politicians are warming up to. In a 2021 Pew Research survey, 50% of people said they support more nuclear energy, while 47% opposed it. The close split is a win for nuclear, which has seen a decline in both public support and the number of operating reactors in the nation over the past several decades. Peaking at 104 in 2012, the number of nuclear reactors now stands at 94 according to the U.S. Energy Information Administration, with only one operating plant—Point Beach—left in the Badger State. Still, nuclear power accounts for half of the carbon-free energy produced in the U.S.

Opponents of nuclear energy argue nuclear is not a safe or reasonable approach. Hannah Mortenson, head of the Wisconsin chapter of the anti-nuclear group Physicians for Social Responsibility, told the Wisconsin State Journal, “It kind of boggles my mind that they’re considering this…”

But John Carr, Dairyland’s vice president for strategic growth, said, “If you look at the (nuclear power) industry’s track record and safety performance, it’s among the best out there.”

Like any international large-scale industry, there have been accidents, but they are actually quite rare—only three occurrences of radioactive gas released in almost 60 years of operation by nearly 500 commercial nuclear plants worldwide. Those three are well known—Chernobyl, Ukraine (1986); 3-Mile Island in Pennsylvania (1979); and most recently, Fukushima, Japan (2011).

In Fukushima, according to a report by the United Nations Scientific Committee on the Effects of Atomic Radiation (UNSCEAR) in 2013, there were “no radiation-related deaths or acute disease” from the Fukushima incident, in which 11 reactors at four plants survived a massive earthquake, but four reactors lost power in the subsequent tsunami. A 2020 follow-up report confirmed the findings of no death or injury.

In 3-Mile Island, the site of the most significant nuclear accident in United States’ history, mechanical failure and human error led to a partial meltdown. More than 100,000 people were temporarily evacuated, but there were no cases of sickness from radiation exposure and “no statistically significant increase in cancer rates,” according to UNSCEAR.

Nuclear, by contrast, seems to check all of the boxes for a carbon-free fueled future, and across the state and nation,
momentum is building.

In Chernobyl, two workers died in the historic explosion that happened when workers violated safety rules. Dozens of employees on-site suffered radiation sickness, and 28 died. The World Health Organization (WHO) found there was a slight increase in cases of thyroid cancer in the community, likely caused by consuming milk with high levels of iodine in the weeks and months following the explosion. WHO also determined that off-site there was no association between radiation exposure and cognitive impairment in young or unborn children, and no evidence of increased illness or mortality rates overall.

“Less and less do I hear people concerned about the immediate safety—that if an accident happened in a nuclear power plant that they would immediately be harmed by it. I think we’ve seen growing evidence that that just doesn’t happen,” said Wilson, adding that small-scale reactors don’t pose the evacuation risk that traditional plants do.

Beyond that, nuclear advocates including Dr. James Hansen, a leading climate scientist, claim nuclear power has actually saved an estimated 1.8 million people from respiratory disease and other effects of emissions pollution.

But nuclear does have its own challenges, including financial sustainability as it seeks to find its place in the energy market, competing against other renewables receiving government subsidies.

“Nuclear power plants are very inexpensive to operate per unit of energy, but they have all this capital cost they need to recover,” said Wilson. “And as wind and solar become large factors and they start to change the wholesale market further. They’re getting $18 a MW hour from the federal government for those facilities and it makes it harder for nuclear to compete.”

“Coming from a nuclear utility, it is a wildly unfair competitive market.” Ridge agreed, saying they won’t move forward with small-scale nuclear unless it makes fiscal sense. “We won’t do anything that creates financial harm to our members and a lot of things have to happen between today and maybe in the next five years that puts this project going forward.” 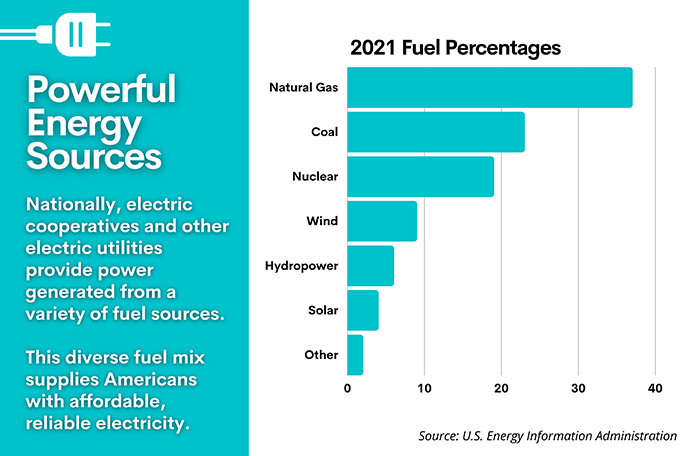 Perhaps the greatest remaining challenge for a new phase of nuclear energy is a problem that has been in search of a solution for decades—how to dispose of the spent fuel, also known as “nuclear waste.”

Under the Nuclear Waste Policy Act of 1982, utilities were required to pay a percentage into a government fund and in return, the federal government was tasked with building a permanent repository, to be completed by 1998. It never was. There is more than $45 billion in the fund, including more than $500 million from Wisconsin utilities, but there is no repository.

As a result, generators, including Dairyland Power, have for decades stored spent fuel on the site of their operating or decommissioned nuclear power plants, in federally licensed storage containers.

“They’re seismically safe. They’re hurricane safe. They’re tornado safe. They’re terrorism safe. They weigh 100 plus tons per cask.” Ridge said. “They’re safe and will be for decades and decades. But the ultimate solution is the federal government meeting their obligation for central storage.”

“In a strange way, the waste from nuclear energy is actually one of the best things about it,” Wilson said. “As a society, we’re very comfortable letting the natural gas waste go up into the atmosphere. And yet this concentrated waste from nuclear fuel, we know right where it is. We can count it, we can label it, we can track it on inventory sheets. There’s a certain irony to the fact that this identifiable waste is so concerning to people considering what we are sending out into the atmosphere.”

According to Dairyland, since they made the announcement about the NuScale agreement, the reaction has been mostly positive.

Ridge says he never thought when he took this job two years ago, they’d be pursuing nuclear so soon, but he says, it’s the right time and the right place.

“Knowing all that I know now, given the incredibly harsh winters and the hot summers, and the retirement of coal plants and the effect on the grid, there is no better location than the upper Midwest to advance this new nuclear technology,” he said. “It’s an absolute perfect opportunity to start to look into a new phase of nuclear power.”—Julie Lund