When “all of the above” really matters

This being July, hardly anyone, at least in the Northern Hemisphere, is fretting much about freezing in the dark the way they might when the brutal cold of the Polar Vortex makes one of its periodic incursions into the Midwest—and even into parts of North America where temperatures below freezing seldom occur.

But there are those who are thinking about these things even as you read this article, because six months from now frigid temperatures might be testing how well they’ve prepared the energy and utility systems that can make the difference between life and death when winter does its worst. 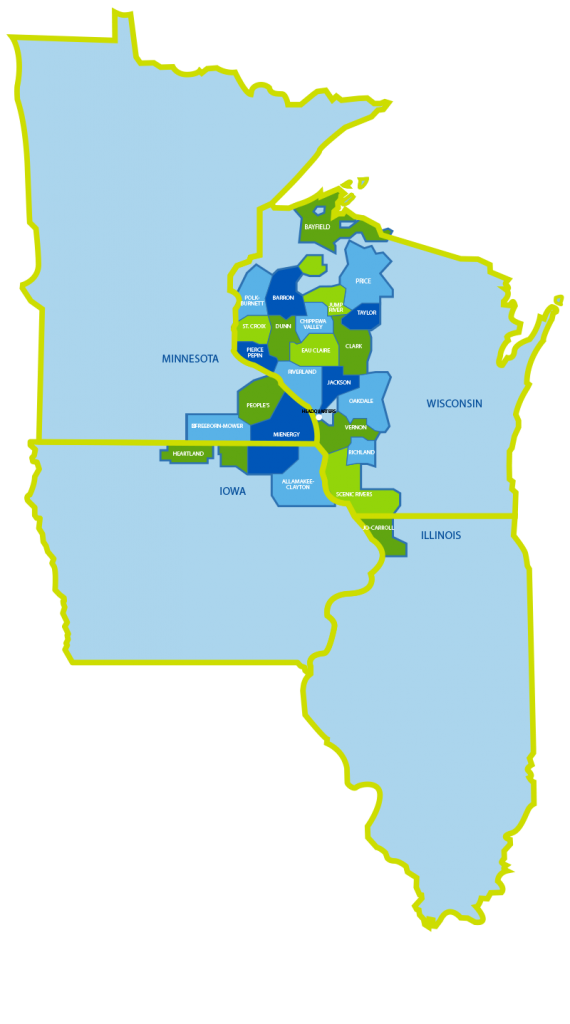 Though the term became part of the popular vocabulary relatively recently, the Polar Vortex is really nothing new. It’s an ever-present system of extremely cold air that rotates steadily around the Earth’s polar regions, driven by jet streams. When the vortex deviates from its usual, nominally circular pattern in response to being blocked by a strong high-pressure system, it can dip into lower latitudes where its temperatures aren’t often seen even in winter. And that’s when energy and utility providers confront the need for a very deep bag of tricks.

The vortex made its most recent visit to Wisconsin at the end of January. In the immediate aftermath, various analyses showed that electric generation facilities serving the regional grids most affected mainly performed up to expectations and experienced only limited interruptions of service.

Xcel Energy said its Minnesota and North Dakota wind farms were unavailable for power production from the night of January 29 until mid-day on the 30th after shutting down automatically when temperatures dropped below the machinery’s operational limits.

In several small towns north of the Twin Cities, Xcel provided motel accommodations for its residential customers after a pressure drop on its natural gas system forced stringent conservation measures.

The Midcontinent Independent System Operator (MISO), the sprawling, multi-state transmission grid that serves Wisconsin but also stretches all the way from the Gulf of Mexico into central Canada, operated under emergency procedures January 30 and 31. The MISO declared a “Maximum Generation Event,” which includes an all-hands-on-deck approach using all available generation and a directive to power providers to start up off-line resources.

A MISO spokesman indicated this year’s demand during the critical period fell short of the record set during the slightly less-cold vortex event during the winter of 2013–14, but it exceeded the average over the four weeks from January 1–28 by 16 percent.

The U.S. electric generation system has undergone more than a decade’s worth of dramatic change. It’s become markedly cleaner in terms of air emissions, and it’s become notably more efficient both in terms of power generation and of the generation product’s end-use: Witness the aforementioned reduction of demand this year compared with the less cold vortex episode just five years earlier.

Amid all this change and the accompanying policy choices, the National Rural Electric Cooperative Association (NRECA) has consistently taken an “all-of-the-above” position in terms of the varieties of generation resources it considers prudent to have available. Necessarily, this is at odds with the position that has as its central priority the eradication of some generation sources under a more politically-driven policy.

NRECA’s veteran energy reporter and writer Derrill Holly recently examined some experiences that help focus the mind on why all-of-the-above can be literally a key to survival in harsh conditions.

In an article for Electric Co-op News, Holly noted that Midwest and Plains-states temperatures plunging to 25 degrees below zero and even colder triggered automatic shutdowns of wind turbines to prevent damage from frozen lubricants and icing of the blades.

Intense cold wasn’t the only factor limiting renewable generation’s ability to perform: Turbines were also going into automatic shutdown mode because, ironically, there was too much wind. Turbines in North Dakota ceased operation as wind speeds approached 60 miles per hour.

Holly quoted NRECA’s senior power supply and generation director Don Walsh noting that the MISO “lost most of its forecasted wind capacity in its northern zone.”

Despite being several hundred miles from Wisconsin, inoperable wind turbines in North Dakota are not irrelevant here. States west of the Mississippi and across the Great Plains normally have far more favorable conditions than Wisconsin for wind generation. The desire of energy policymakers to utilize that resource and transfer the electrical output from its remote sources to population centers in the eastern half of the nation is arguably the chief motivation for the ongoing build-out of new, extra-high voltage transmission lines that’s been underway across Wisconsin and Minnesota during the past several years.

Derrill Holly quotes NRECA Chief Engineer Paul McCurley saying higher electrical demand combined with constrained generation during severe cold weather “should serve as a reality check for anyone who sees promotion of specific technologies and the exclusion of others as a realistic path toward energy security and independence.”

As noted above, wind was not alone in being impaired; solar, gas, and nuclear had a few problems as well, in part due to the adverse effects of cold weather on mechanical components.

Nevertheless, the lights stayed on, and the reason is not difficult to detect: The diverse inventory of generation sources enabled power providers to cope with the unforgiving weather. Without that diversity, they, and many of those they serve, would have been left in the cold and the dark.

Restraint is a Resource 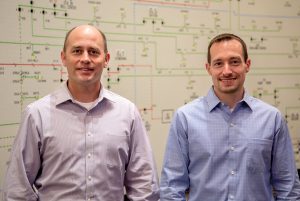 Mitch Vanden Langenberg (left) and Greg Flege know how to trim power usage and reduce demand when it really matters. In the background, an Illuminated schematic diagram depicting real-time activity on the generation and transmission cooperative’s grid covers a wall in the Dairyland System Operations Center. Photo courtesy of Kelsie Olson, DPC.

During the most recent vortex, the deferred or time-shifted use of electric water- or space-heating systems and other consumer endpoint techniques were combined to reduce Dairyland’s system-wide demand by 12–15 percent. This, they told us, “aided in power supply reliability” and helped avoid power-price spikes “in a manner that did not rely solely on traditional bulk-energy resources.”

Dairyland’s load management program, they said, “can be a value-added complement to a diverse resource mix by ensuring that grid operators have flexible access to both the demand side and the supply side of the energy balance equation.”

Where the adaptability of a diverse generation portfolio is lacking, it tends to be by deliberate choice, and it’s a choice that can have unwanted consequences.

A classic example is the U.S. Northeast, where the strain of coping with the Polar Vortex has brought wild electricity price spikes, legislative investigations of alleged gouging, emergency generation shifts to environmentally dirty fuels compared with those they had
to replace, and increased dependency on potentially problematic resources like liquefied natural gas imported from Russia.

Policy choices like denying permits for natural gas pipelines to enter New York have contributed in recent winters to supply problems and this spring to more than one provider placing moratoria on new natural gas hookups in areas around New York City and in Massachusetts, saying pipeline constraints mean they can’t guarantee uninterrupted service.

A big new challenge is the necessity of “just-in-time” delivery of the energy source both for renewables—wind and sunshine—and the natural gas required to back them up—a pipeline-related problem.

“During cold winter conditions, [the region’s]pipelines rapidly reach capacity and are unable to fuel many of New England’s power plants,” the discussion paper said.

That rejection of diversity is unabashedly defended by some on environmental grounds, but the results are that some plants turn to fuel oil and New England continues to struggle with issues reported here years ago, in periodic conditions of genuine physical danger.